Summer signing number seven and Derby County’s new number nine has told RamsTV that as soon as he knew of Derby County’s and Frank Lampard’s interest in him, there was only place he wanted to go.

Martyn Waghorn has joined the Rams on a three-year contract after an undisclosed fee was agreed with Ipswich Town for his services.

The 28-year-old bolsters Derby’s attacking options for the 2018/19 campaign and arrives off the back of a standout personal campaign with the Tractor Boys in which he scored 16 goals and laid on a further 11 assists.

Interest was naturally high all summer following such a year, so how difficult has it been to remain concentrated?

“I was getting different calls, being fed different bits of information on a daily basis to be honest,” Waghorn told RamsTV in his first interview.

“It’s quite difficult (to concentrate) when all that is happening. I still had training and games to distract myself from that and at that point, your family also help.

“I have got a really good family network around me and they help me a lot. As soon as I knew that this call was in, though, I was desperate to get up here.”

Waghorn also explained why moving to Pride Park Stadium was, as he described it, a ‘very attractive proposition’.

“When I spoke to the manager he told me about the plans, the way he sees the club going and how I fitted into the system and team, I thought it was a very attractive proposition,” he said.

“I was excited about the project and the direction the club is going in and I just wanted to be part of it.

“I know that Derby have been up and around it over the last few seasons and I’m hoping I can come in and try and help push this club forward and get back to where it wants to be, which is the Premier League. I can’t wait to get started.

“When you see the training facilities and stadium, it’s clear from the off that it is a big club.

“Over the past few years, Derby has been up and around the promotion positions and as an opposition, you know you’re going to have a difficult game.

“It’s always been the case that I have rarely picked up three points here. The club has always played attractive football too, they’re always on the front foot and that’s something I’m glad to be part of.”

Whilst he may be 28, Derby County will be the ninth club that has Waghorn has represented since breaking through the Sunderland Academy.

The former England Under-21 international, however, revealed that he has learned more over the last three years than at any point in his career.

Waghorn firmly established himself at Rangers, helping the club return to the Scottish Premier League, before he earned his move to Suffolk with Ipswich Town.

With another memorable season behind him, he only has eyes on ensuring that he maintains his form and progress in a Derby shirt.

“I have moved around, but I have learned so much from those moves,” Waghorn said.

“I have learned more about the game over the past three years than I have over the first six years of my career.

“It’s been eventful, but now I’m at a stage in my career where I know what type of player I am, and I know what I can offer.

“I’m coming to a stage where I know my body and I’m coming here feeling in great shape. Last year, personally, was a fantastic year for myself and I’m just ready to kick on and build on that. I just want to keep improving over the next few years.” 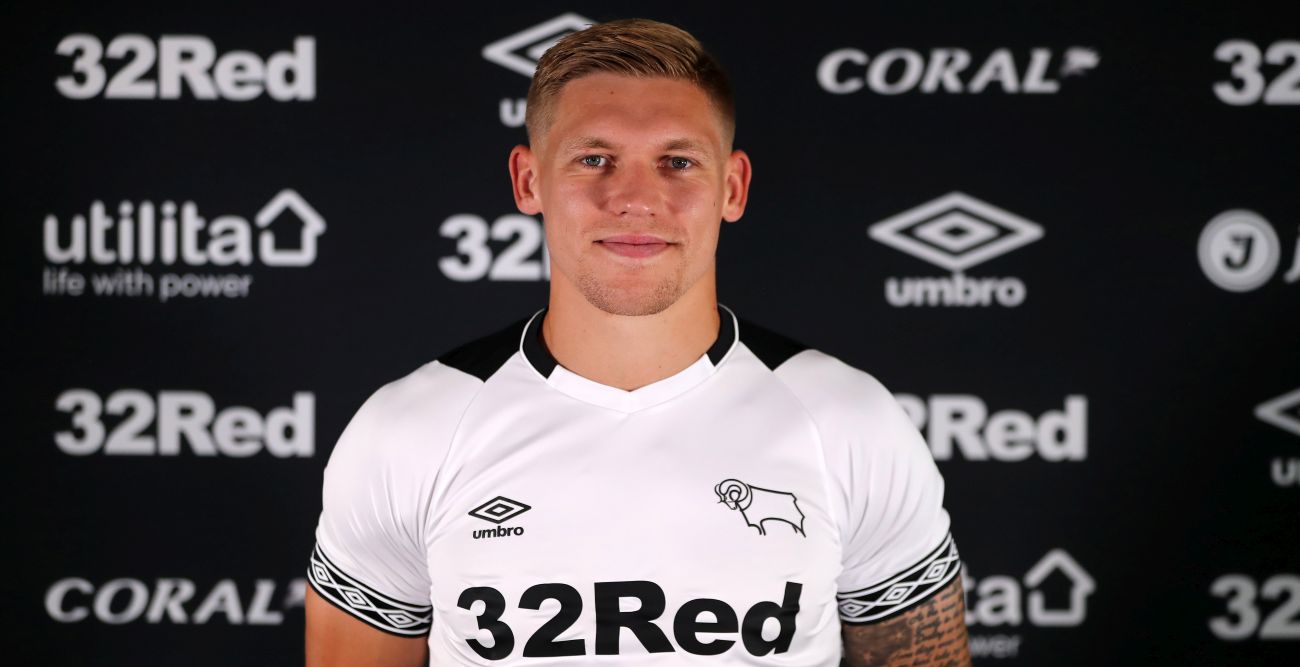