Frank Lampard’s side will face their local rivals under the lights following two consecutive victories in the Sky Bet Championship, and here, dcfc.co.uk has gathered all the information you need ahead of the clash with Aitor Karanka’s side.

Lampard has said there are no new injury concerns to report ahead of the clash.

Speaking to RamsTV, Lampard said: “It’s close in terms of points. We were level on points before the last game and we know they are a good team.

“They invested heavily in the summer and bought in some really good players, so we know they have a strong squad. We know what we are up against here.

“I have watched them a lot and we are up against a good team in a derby game so everything is on the table.

“We need to bring emotion in, accept what it means to the club, but also understand in terms of league position, it’s even more important this season.”

There is still time to secure your seat and be part of the action on Monday evening. 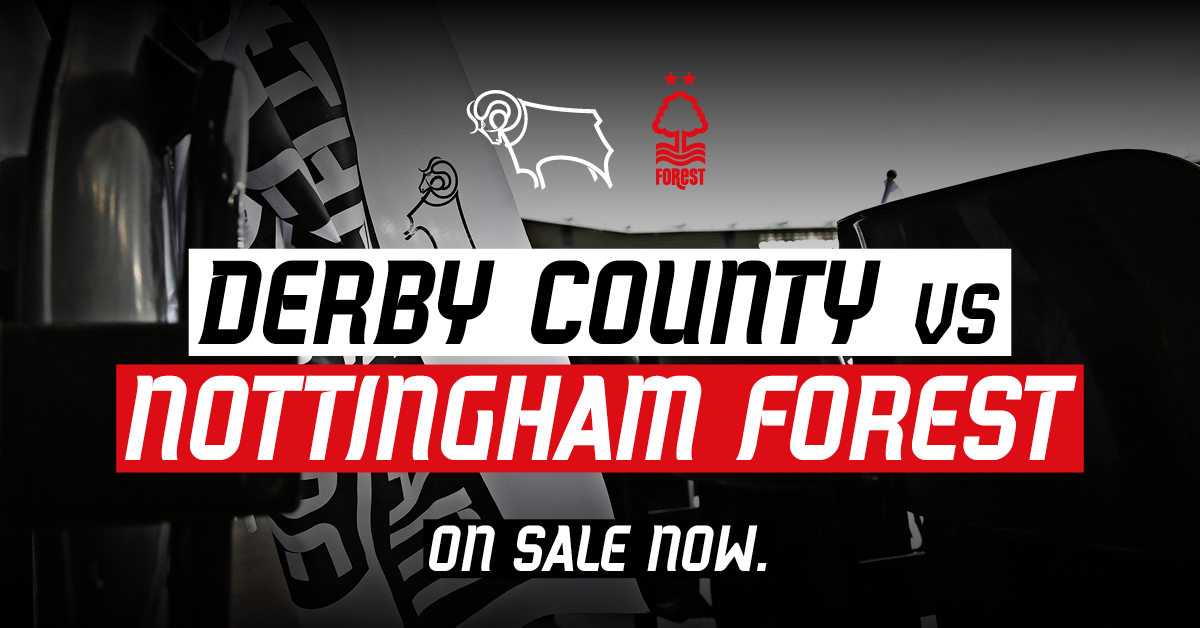 There will be no price increase on the day of the game and prices are as follows:

* Please note that the above pricing is based on Category D & E seating.

The Rams sat down for an exclusive interview with Craig Bryson ahead of the clash under the lights.

Spanning six pages, we spoke to the midfielder about his East Midland Derby memories, what he expects from this year’s meeting and returning to Derby and playing under Frank Lampard.

After winning the reverse fixture at Pride Park earlier in the season, the Rams had to settle for a draw at the City Ground after being reduced to ten men.

Derby had the better chances with Tom Lawrence and David Nugent both calling Costel Pantilimon into action.

Tom Huddlestone was sent off in the final minutes of the game after two fouls on Lee Tomlin and the Rams settled for a point.

Keith Stroud will be the man in the middle on Monday evening. So far this season he has officiated seven Sky Bet Championship fixtures, showing 21 yellow cards and is yet to show a red.

He will be assisted by Nick Greenhalgh and James Mainwaring on the lines, whilst Darren Engand has been appointed as the fourth official.

As this fixture has been selected for live international TV coverage and due to international broadcasting rights, RamsTV will only be able to broadcast the match live in select countries, although a live audio stream of the game will also be available.

Once the final whistle has been blown, RamsTV will be THE place to be get all the best post-match reaction, including interviews with Frank Lampard and his players, as well as comprehensive highlights packages and a full Review Show.