Derby County will take a break from league action when they take on Scunthorpe United in the first round of the Carabao Cup on Tuesday evening, kick-off: 7.45pm. 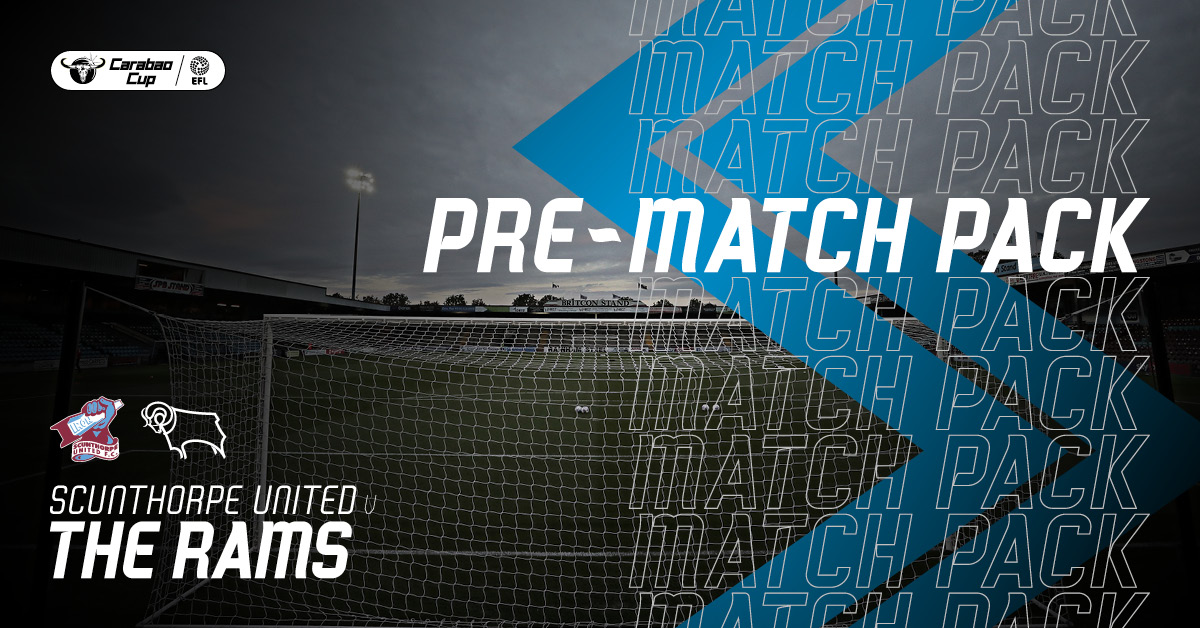 Phillip Cocu’s side will travel to the League Two side looking to start another memorable cup run and here, dcfc.co.uk has gathered all the information you will need ahead of the clash with Paul Hirst’s side at Glanford Park.

Cocu has hinted that the Starting XI from the opening two league games of the season will see some changes for the cup tie.

Jayden Bogle will not feature for the Rams after leaving the game against Swansea City early with an injury. The right-back underwent tests on Tuesday to examine the extent of the injury.

The game could hand a Rams debut for new signing Krystian Bielik who has been building up fitness.

Speaking ahead of the game, Cocu told RamsTV: “This is always the danger of cup games – you cannot go into any game thinking ‘we will beat them, it will be an easy game’.

“You always need to be respectful of your opponents but on the other hand you need to be confident in your own game. If we approach the game very seriously and play the game how we can then of course we have a chance to win the game.

“It will for sure not be an easy game. For them it is a possibility to get out of a negative start to the season and they will want to give a good performance against us in their home ground. We cannot take it easy.”

Tickets for this match have now completely sold out to Derby fans.

The Rams were given an initial allocation of 1,000 tickets which was then increased to 1,680.

Derby supporters are advised not to attend the match if they are not in possession of a ticket, as they will be unable to gain entry to the stadium.

Robert Jones will be the man in the middle for the Rams’ first cup tie of the next season.

Jones will be assisted by Shaun Hudson and Richard Wild on the lines, whilst Matthew McGrath has been appointed as the fourth official.

The live audio stream of the game is available to all fans that subscribe to either RamsTV’s video or audio packages and will go live available shortly before kick-off (7.45pm) at Glanford Park.

Due to Carabao Cup broadcasting rights, RamsTV will not be able to provide a live video stream for the game between the Rams and Scunthorpe.