Derby County will head back out on the road on Saturday afternoon as they return to Sky Bet Championship action against Stoke City, kick-off: 3pm.

Phillip Cocu will look to move to four games unbeaten start the new campaign against the Potters who are yet to pick up a point in the league. Here, dcfc.co.uk has gathered all the information you will need ahead of the clash with Nathan Jones’ side.

Jayden Bogle is set to miss the trip to the Bet365 Stadium as he recovers from an ankle injury that he sustained against Swansea City last weekend. Manager Cocu expects the full-back to be out for a matter of weeks rather than months.

There are no new injuries to Cocu’s squad.

Speaking to RamsTV ahead of the clash, Cocu said: “I expect a tough game. They haven’t won in the league, but they have won in the cup.

“They are used to two ways of playing, two different systems and we have to be prepared. It won’t be an easy game.”

On what has stood out from his team’s performances so far, the Rams’ manager added: “I like the way they try to execute what we want.

“We focus on it in training everyday in certain exercises on style, passing and moving, choosing positioning. They are really willing and trying to put it into the game and that is what I like, that is a very positive aspect for me.”

The Ram will be backed by a sold out away end at Bet365 Stadium.

Derby were allocated 2,931 tickets for the game, however, they have now all been snapped up and Phillip Cocu’s side will be supported on by a sell-out away section.

Tim Robinson will be the man in the middle for the Rams’ trip to face the Potters.

Robinson took charge of two games involving Derby last season, their 6-1 victory over Rotherham United and the 3-1 victory over West Bromwich Albion on the final day of the season that secured their final play-off spot. In those two games, he awarded the Rams three penalties.

Robinson will be assisted by Robert Hyde and Nicholas Barnard on the lines, whilst Neil Hair has been appointed as the fourth official.

Rams fans based outside of the UK & Ireland can watch Derby’s clash against Stoke City LIVE on RamsTV this Saturday. 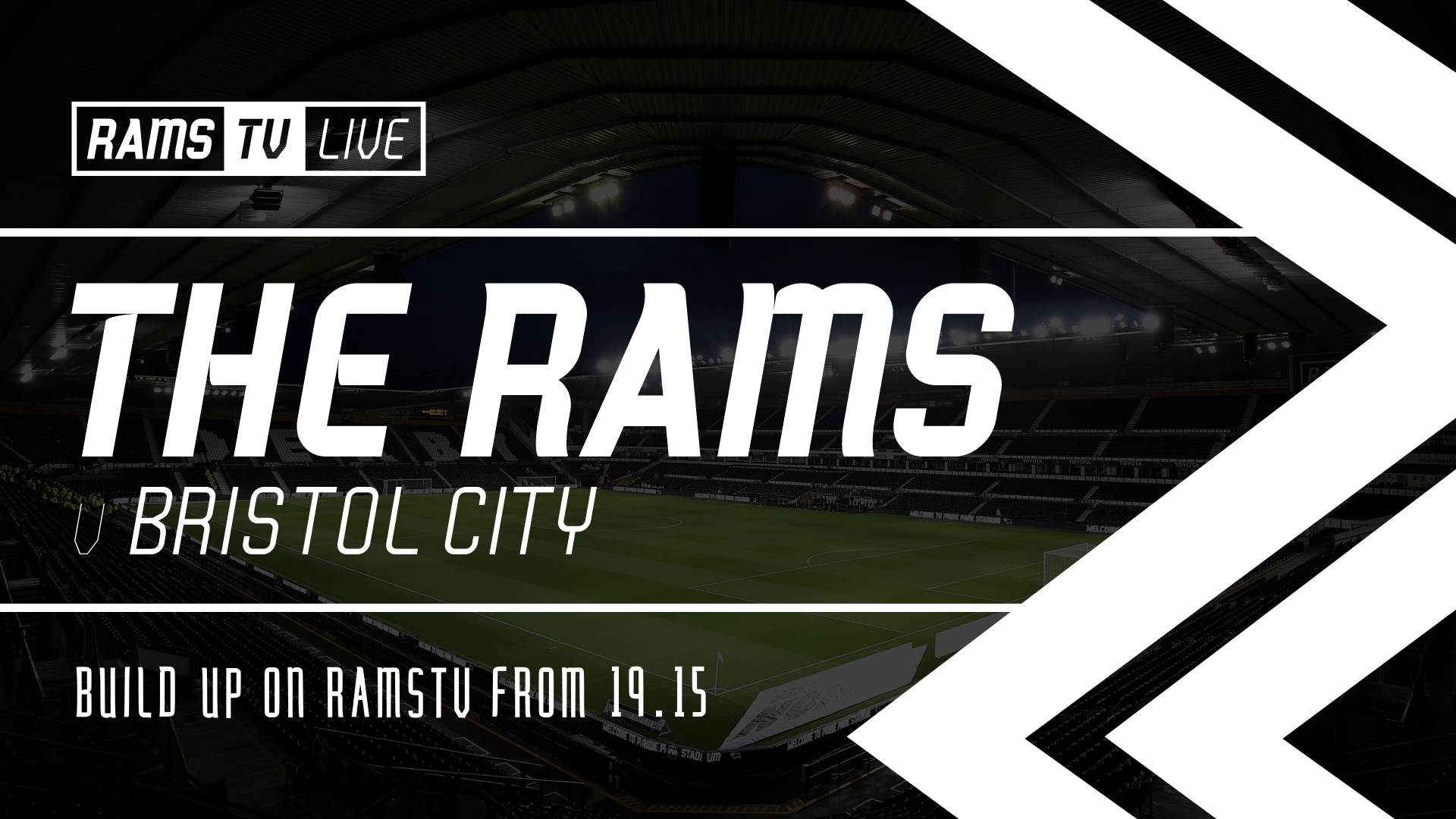 There’ll then be full HD multi-camera coverage of the clash between the Rams and the Potters, with commentary provided by Owen and Shane.