The Under-23s are flying in the league and will look to move to ten league games unbeaten against their East Midlands rivals to solidify their place in the top two in the division.

The Rams currently sit second, level on points with Chelsea with six wins, three draws and one loss. That defeat came on the opening night of the season against Chelsea, but since then Derby have proved very difficult to beat.

The Foxes aren’t too far behind, sitting in fourth with 16 points from four wins, four draws and two defeats.

WHAT HAS BEEN SAID…

Speaking ahead of the game, Under-23s coach Pat Lyons said: “We have been in outstanding form. We have played in cup games recently against Feyenoord and then Leeds United, which was an outstanding performance as won 7-1.

“We are now back in the league where we have been unbeaten for a long time, but Leicester have been in good form. They have won their last five, three in the league.

“We always have close games, they are always physical in counters in the local derby. It is one we are looking forward to and see what the outcome will be.”

Can’t make it to Holmes Park? You can watch every kick of the game LIVE and for Free on RamsTV!

Available to watch in the UK and world-wide on dcfc.co.uk and Derby County’s official app, RamsTV’s coverage of the U23s’ fixture with Leicester City begins from 6.45pm with full team news and pre-match interviews from defender Lee Buchanan and coach Pat Lyons.

RamsTV will then present full coverage of the Premier League 2 fixture with full commentary provided by Michael Weadock and former Ram Marc Edworthy. 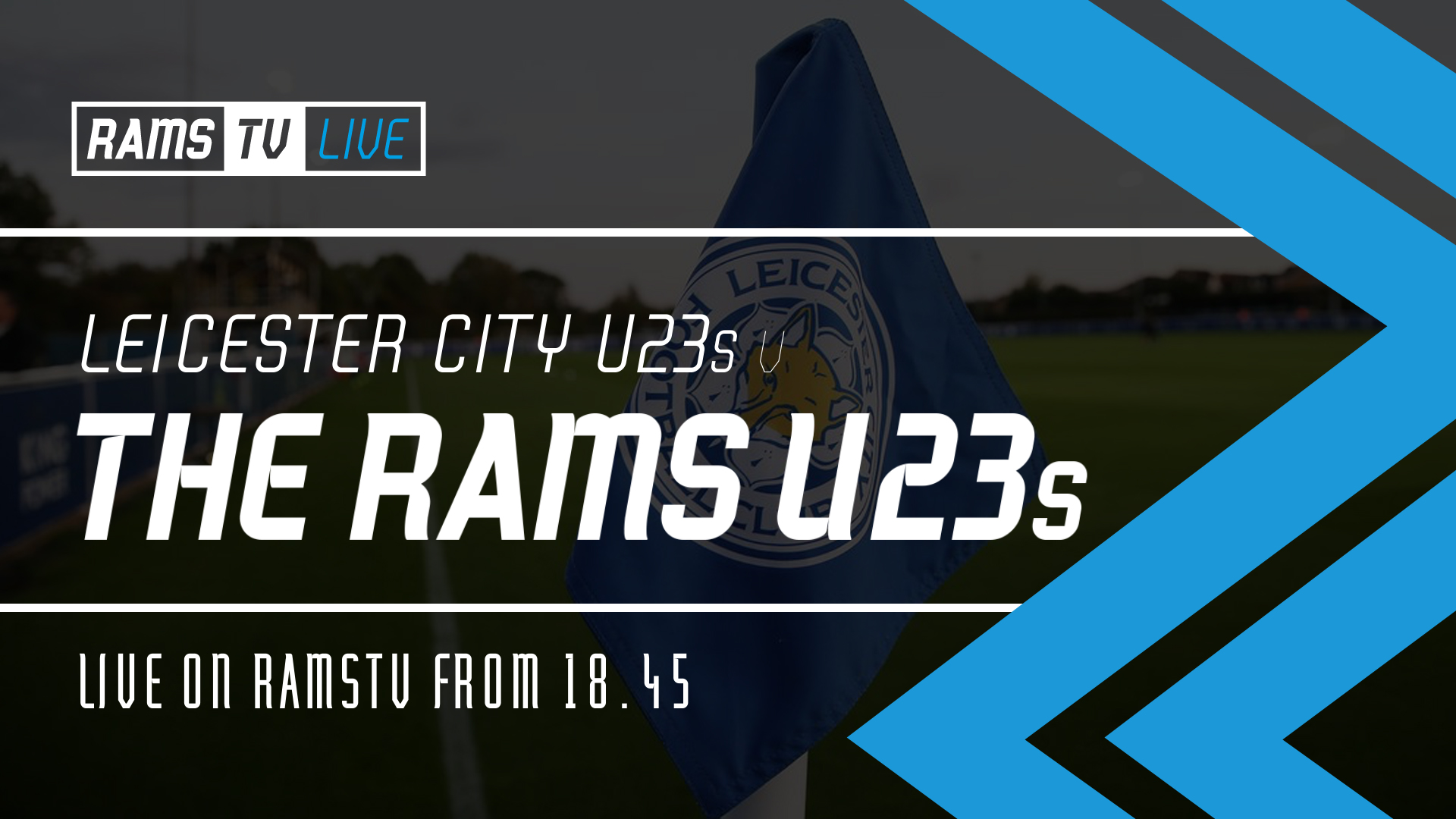