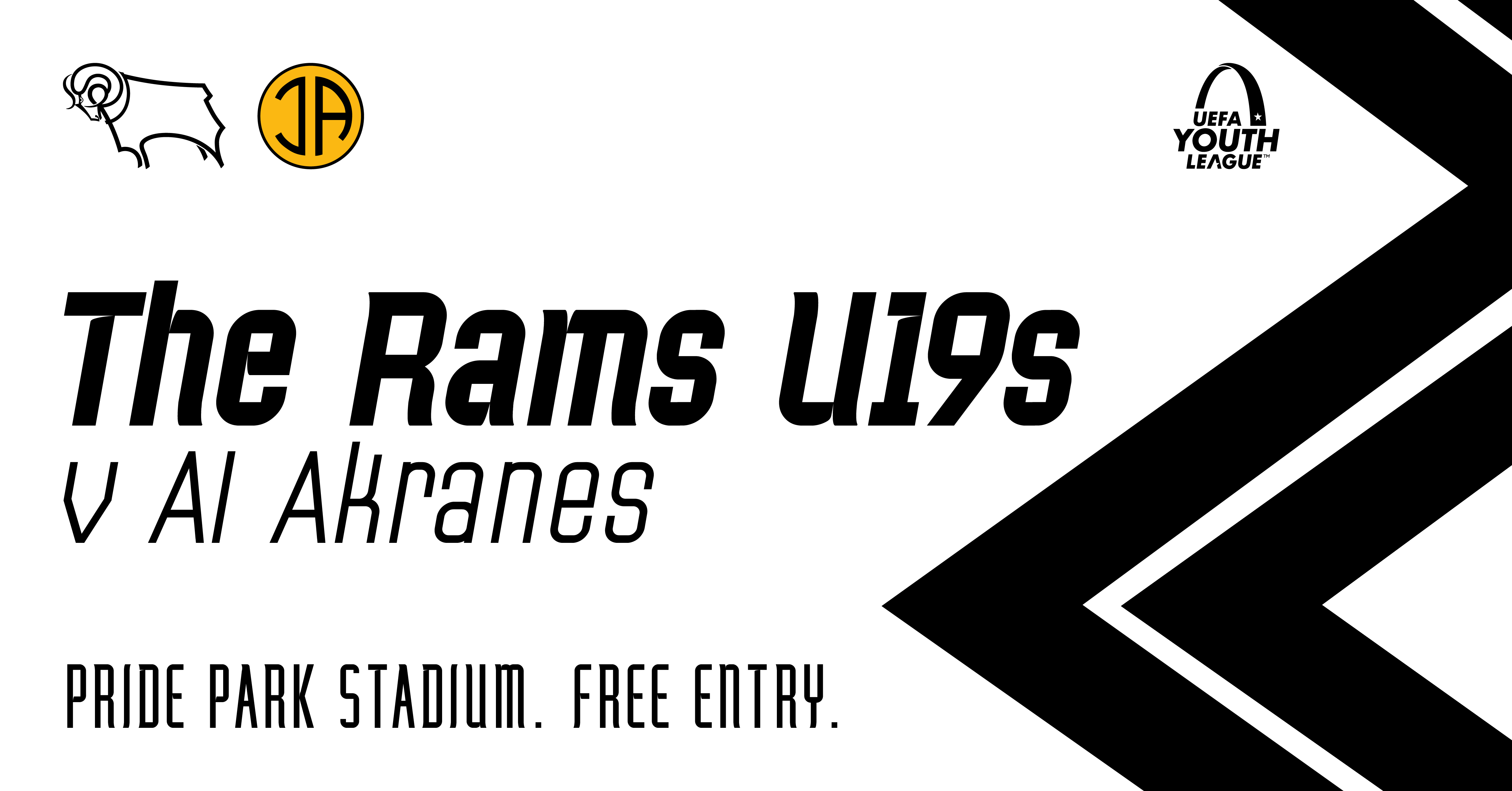 The Rams have already made history this season by making their first ever appearance in the European competition which was a reward for being crowned Under-18s Premier League Champions last season.

They sailed through the first round with a 9-2 victory over FC Minsk after two legs and are now half way to moving to the knockout stage of the competition.

Justin Walker’s side travelled to Iceland earlier this month for the first leg of the second-round match up against IA and goals from Festy Ebosele and Jack Stretton gives the Rams a 2-1 head start ahead of the meeting at Pride Park.

It is the perfect opportunity to watch the reigning national champions in action as they look to extend their European adventure. Entrance to the game will be from the East Stand turnstiles and is free to attend. Rooney: “It Feels Good To Win”