Derby County fans are being encouraged to leave their rivalries on the pitch and get on their bikes to help stop a disease that kills one man every 45 minutes. 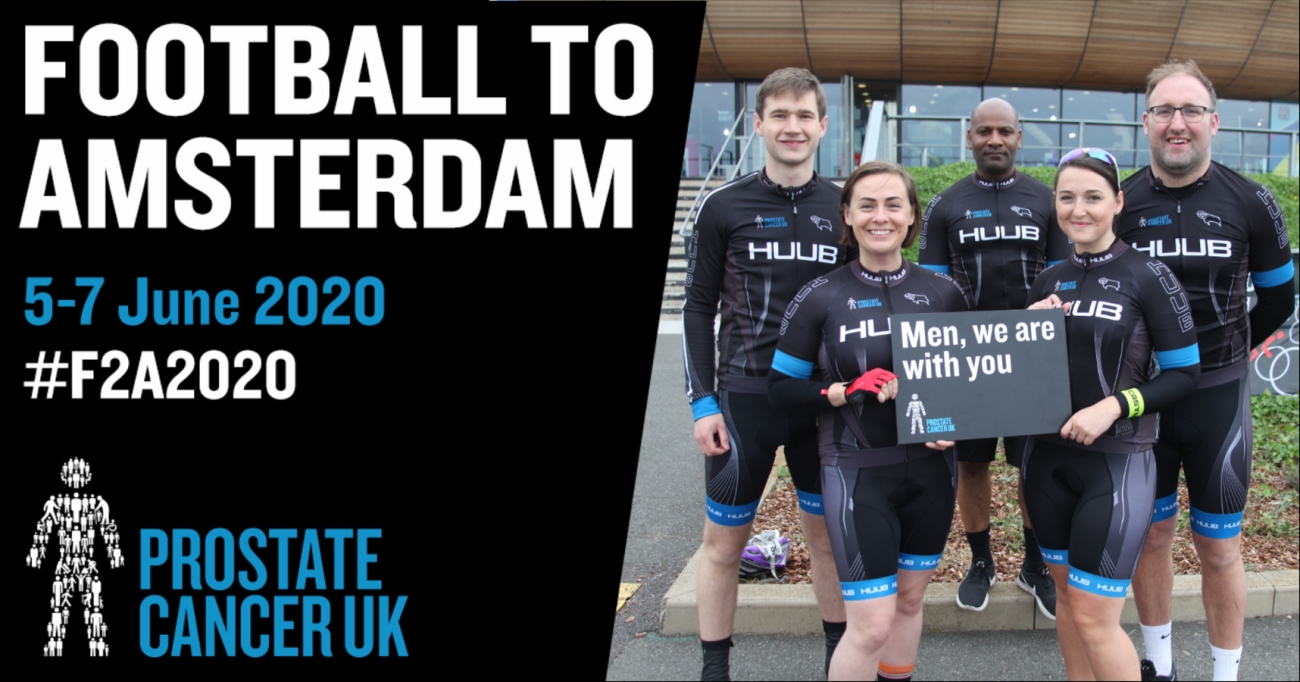 On 5th-7th June 2020, join over 400 football fans who will be taking part in Prostate Cancer UK’s flagship Football to Amsterdam bike ride. The extremely popular event, now on its eighth year, is set to be bigger and better than ever before.

Sign up now at prostatecanceruk.org/Amsterdam and get £50 off your registration with the code RAMS50.

Putting rivalries aside, fans from across the country will unite as they ride 145 miles through two countries, reaching Amsterdam's Johan Cruijff Arena from their choice of two start locations - either London at the Olympic Park or in Yorkshire at Sheffield Wednesday’s Hillsborough Stadium.

Former Rams defender and Club Ambassador Marc Edworthy will be taking on Football to Amsterdam for the second time after being part of the 2019 ride alongside club staff.

“Knowing that one man dies of prostate cancer every 45 minutes is truly shocking and reinforces why the football community needs to come together to raise funds and awareness for Prostate Cancer UK. Football to Amsterdam is a terrific event, and I’m delighted to be riding as part of Team Ramsterdam for a second year,” he said.

“I hope to see as many Derby County fans as possible joining me on the starting line in June 2020.”

This is your opportunity to represent Derby County meet like-minded people and most importantly raise money and awareness to beat our toughest opponent of all.

Find out more and be part of the 2020 ride by clicking here.