Did you enjoy Saturday’s opening edition of Matchday Relived, brought to you by 32Red? If so, we have you covered once again on Tuesday (24th March) as we feature Derby County’s crucial First Division fixture against Crystal Palace from April 1996. 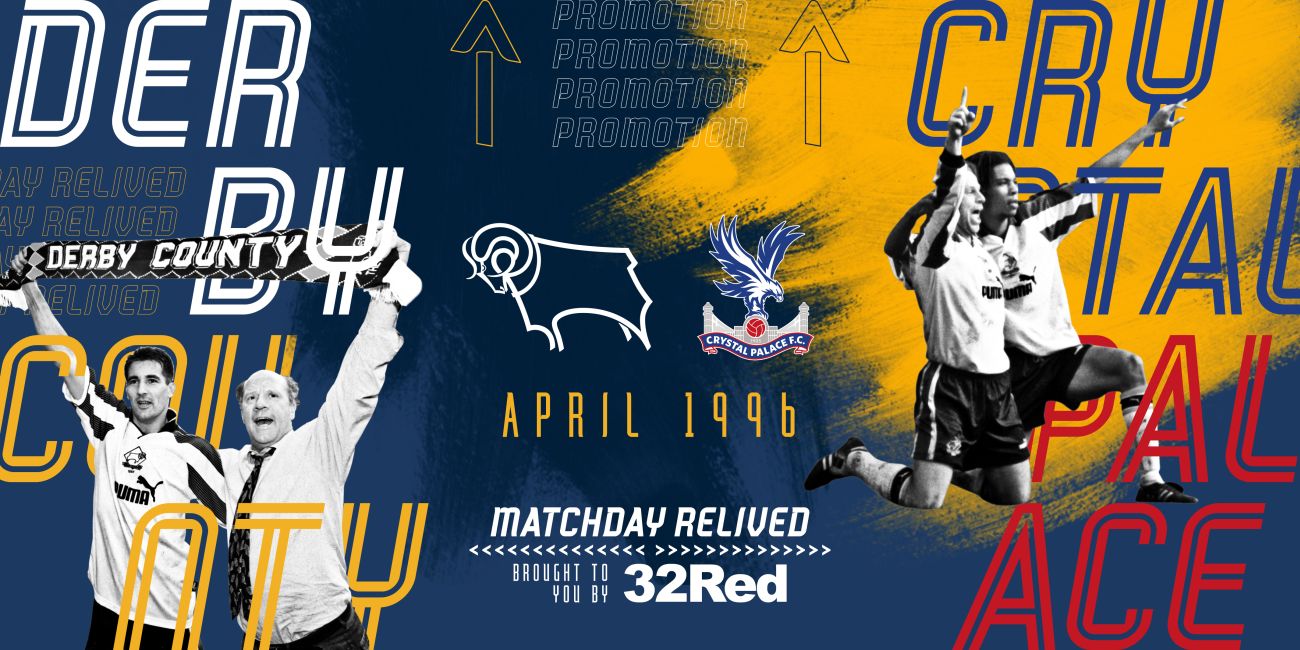 Whilst circumstances currently prevent our bringing you live matchday action, we invite supporters to relive some of Derby’s key results and most memorable games from over the years.

On Saturday, we brought you Derby’s convincing 5-0 win over fierce rivals Nottingham Forest in 2014, which proved to be hugely popular with supporters across the globe, and tomorrow night, we will bring to you a crucial fixture in the Rams’ history.

Going into the game, Jim Smith’s side knew that a victory against the Eagles at the Baseball Ground to secure promotion to the Premiership, but it was far from a straight-forward task.

Make sure to join us on RamsTV from 7:40pm on Tuesday evening as Colin Gibson discusses the game with club ambassador Marc Edworthy, who was coincidently on the opposite side that afternoon, before we bring to you the full 90 minutes of action.

And all of this and more can be viewed for FREE by supporters simply logging in to their DCFC account on dcfc.co.uk. It’s that easy!

It’s set to be a classic so make sure to sit back, relax and enjoy one of Derby’s greatest days from the Baseball Ground.