Paulo Wanchope has three people to thank for making his move to Derby County possible on this day 23 years ago. 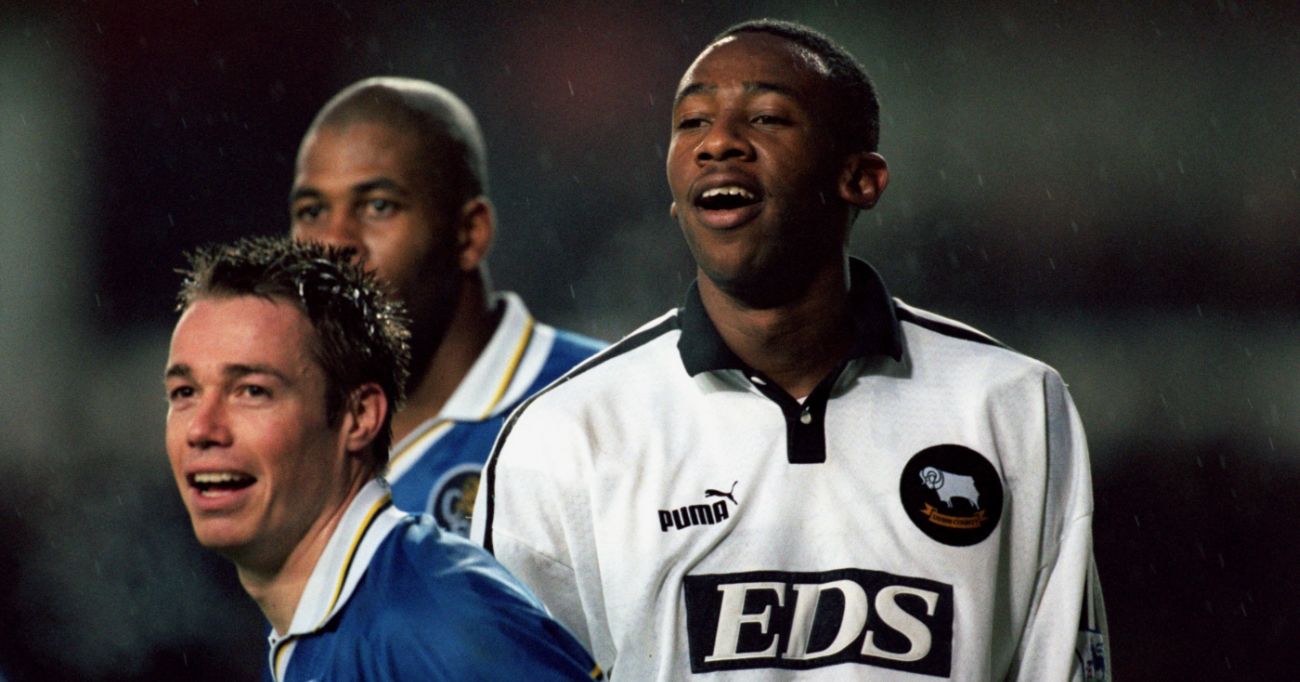 The first is a former Arsenal footballer named Bob McNab. He was a left-back for the Gunners for nine years between 1966/75 before he moved out to the United States, first as a player before making the move into management.

He watched the Costa Rica striker in action in a World Cup Qualifier against the United States of America for the FIFA World Cup in France 1998 and immediately saw his talents.

McNab was so impressed that he immediately rang Wanchope’s club in Costa Rica, Herediano, and asked to take him on a trial to First Division side Queens Park Rangers.

Wanchope notched six goals in three practice games for the R's but there wasn’t an offer of a contract on the table at the end of the trial, so he made his way back to Costa Rica.

Whilst he was disappointed and almost gave up his dream, little did he realise that he had the Loftus Road outfit to thank for not taking the option to sign him, as a couple of weeks later, he was offered a second trial in England, this time with Premiership side Derby County. 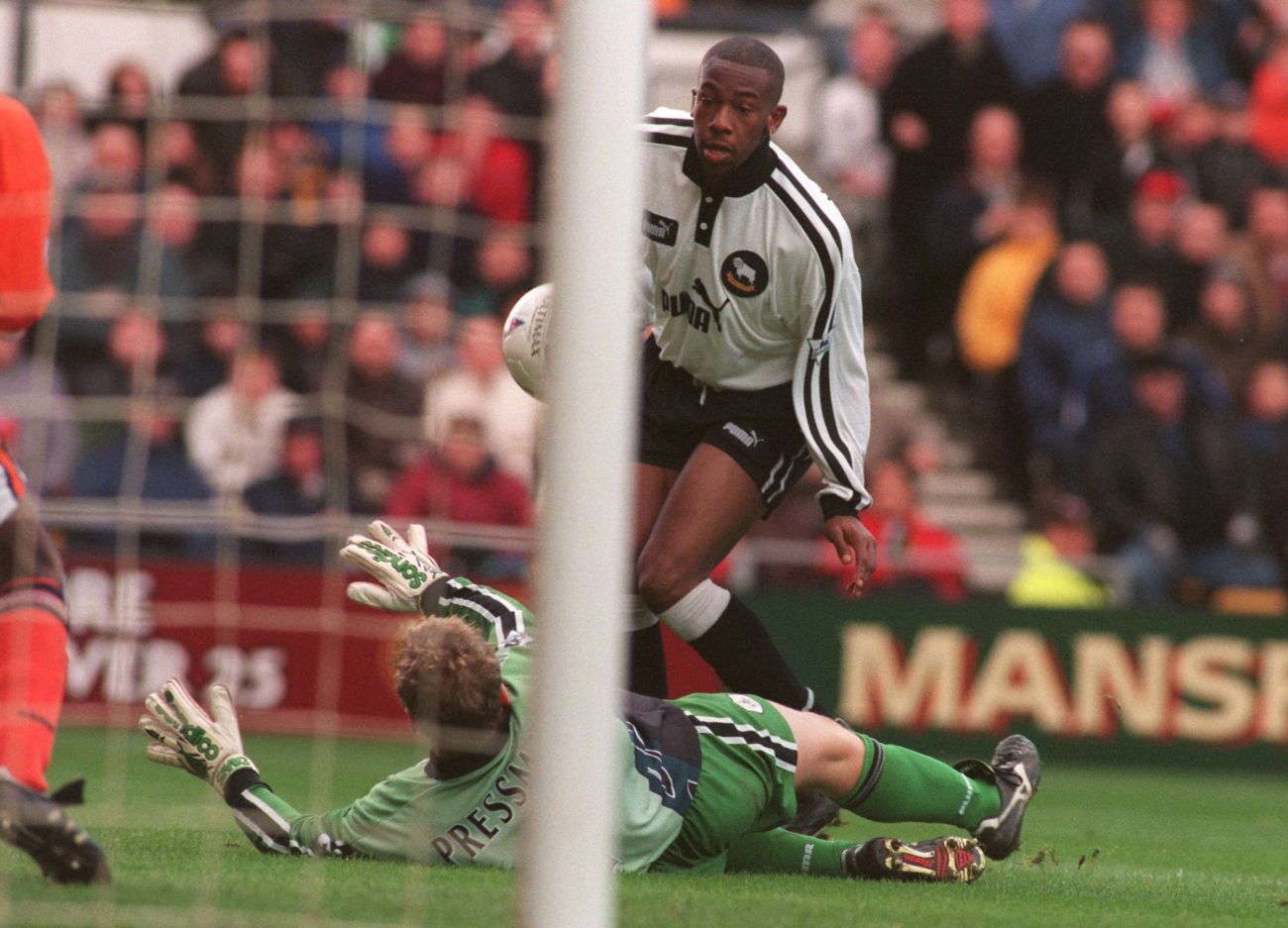 Jim Smith brought Wanchope in to train with the Rams, and despite not scoring in either of his two trial games, the legendary manager had seen enough to sign the striker on a permanent basis, along with his Costa Rica international team-mate Mauricio Solís in March 1997.

Wanchope repaid the faith shown in him by the Bald Eagle on his debut, netting a solo goal in a famous 3-2 victory at Old Trafford against Manchester United.

But without the influence of McNab, the disappointment of QPR and the faith from Smith, Wanchope might never have had the chance to showcase his talents on the biggest stage.

“It was a long journey,” he admitted, talking to Colin Gibson during his recent RamsTV Meets. “Bob McNab used to live in Los Angeles in the United States and he said that he turned on the TV and watched me in a game.

“He said there was a player who could play in England so he picked up the phone and called my club in Costa Rica.

“I went for a trial at QPR and played three games there, scoring six goals, but nothing happened. I didn’t know why but we went back to Costa Rica and it didn’t work out.

“Bob was keen into me and he found another trial, which was with Derby County and Jim Smith. I went into QPR who was in the First Division at that time and now I am going to make a trial in a Premier League club, so I was a little bit confused.

“How come I didn’t do well with QPR but now I’m going to a Premier League club? I had nothing to lose so I came over and did the trial over here.

“My mum didn’t want me to keep playing football after the QPR trial because I had a good chance to go to study business at University in the United States, so she wasn’t keen for me to play.

“I said that that is my passion and I want to play football. That was a big thing to come over to England. There was nothing to lose and there was a great chance for me to make an impact and fulfil my dreams.

“As a child, you see all the good players on the TV and the great stadiums, and I always said I want to be there and play against the best players.

“I had nothing to lose. I said I wanted to go back and try. I had a few friends who told me not to waste my time but I said to them, that is my dream so I will try.

“I didn’t score on my trial with Derby so my confidence was down but everything turned out my way when Jim Smith said that they were going to sign me and Maricio Solis.

“He was really happy, I was too, and Bob was as well and the rest is history.”

The rest definitely was history. He helped Derby stay in the Premiership in his first season, only scoring the one goal against United, and then finished as the club’s top goalscorer the season after.

He netted 17 goals in all competitions as the Rams finished eighth in England’s top division, including strikes against Manchester United, Arsenal and Liverpool.

Wanchope scored another 10 goals the following season taking his overall total to 28 before he was sold to fellow Premiership side West Ham United.

He graced both the Baseball Ground and Pride Park Stadium with energy and flair, and will be forever remembered by every single Derby County supporter.

Want to hear more from Paulo Wanchope as he takes a trip down memory lane to look back on his playing career? Sit back, relax and watch the RamsTV Meets videos embedded within this article.