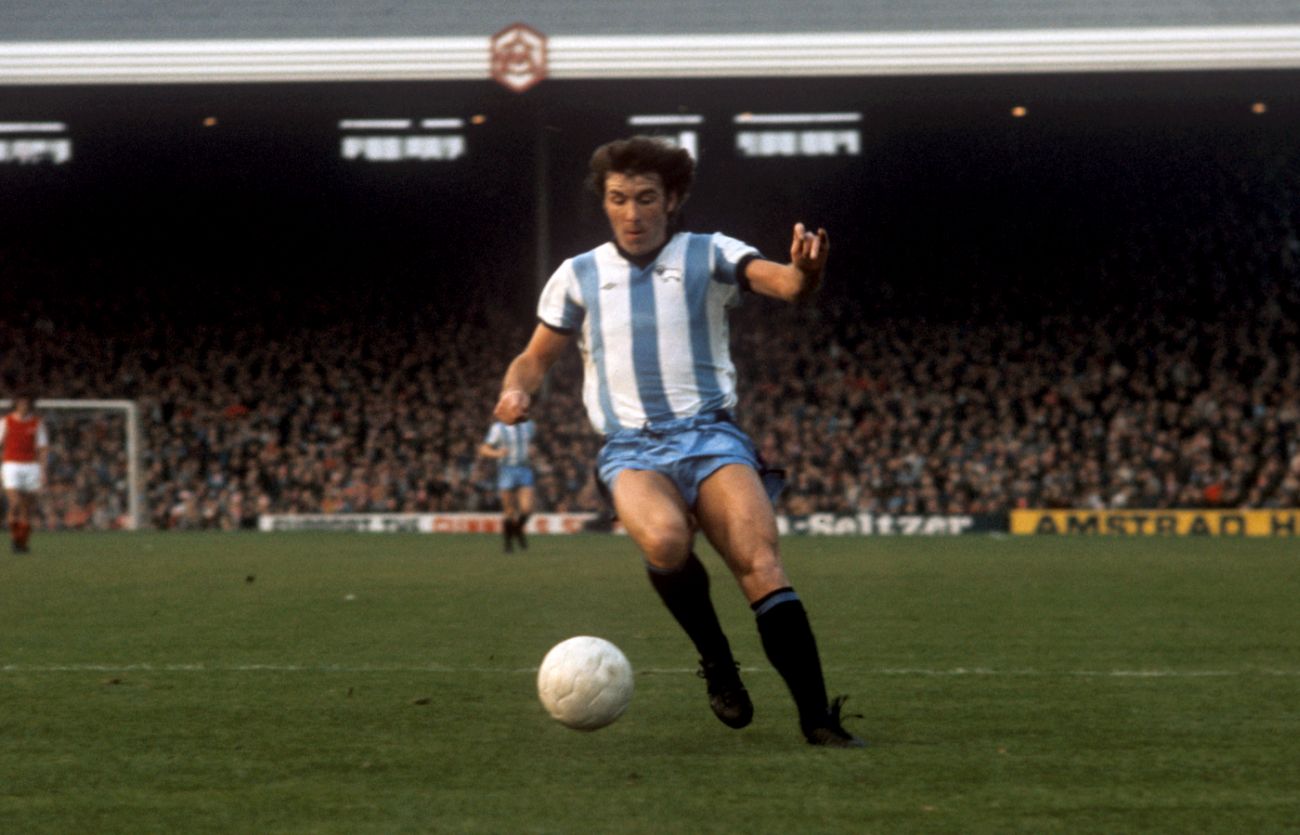 It’s an iconic kit from the club’s history for today’s Snapshot In Time as Kevin Hector is pictured in one of the more popular shirts.

After the Rams lifted the First Division trophy for the second time in the 1970s, this time under Dave Mackay in 1975, Derby embarked on another European journey the following season.

They beat Slovan Bratislava 3-1 on aggregate before defeating Real Madrid at the Baseball Ground 4-1 on an historic night for the football club.

During the season, the Rams wore their blue and white striped away shirt, which was reminiscent of the Argentinian national team shirt.

In this picture, Kevin Hector, who is second in the club’s all-time leading record goalscorers, is seen wearing the iconic kit in a 1-0 victory against Arsenal at Highbury.

The striker scored the only goal of the game to secure the points for the Rams on an afternoon where Arsenal boasted the likes of Pat Rice, David O’Leary, Alan Ball, Frank Stapleton and Liam Brady in their side.

Such was the popularity of the kit, it was reintroduced as a surprise third kit in the 2008/09 season following feedback from supporters.