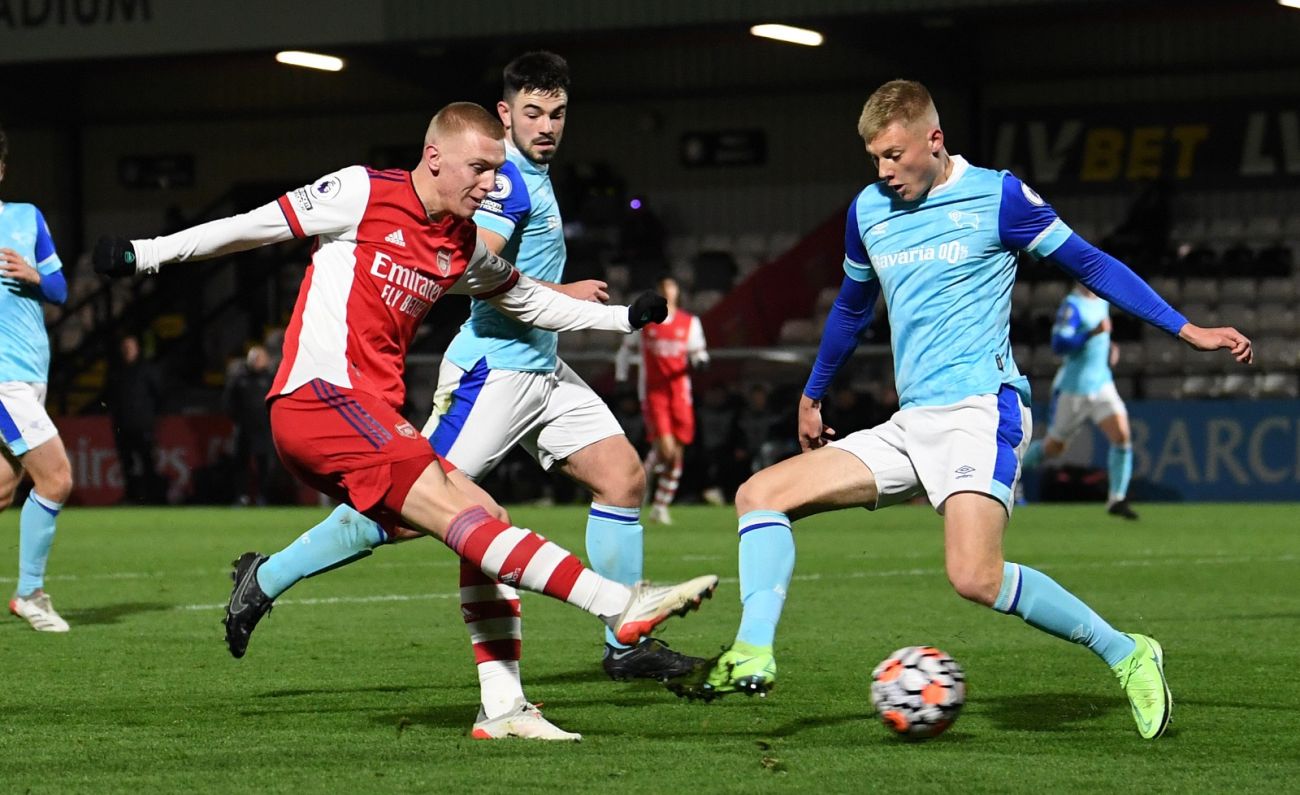 On a memorable evening for the Academy, Derby produced a statement performance to beat the league leaders in their own back yard.

Derby started the game on the front foot and got themselves ahead in the opening three minutes as Sibley fired home from 20 yards. The midfielder drove into space and unleashed a fierce effort to give Derby the lead. 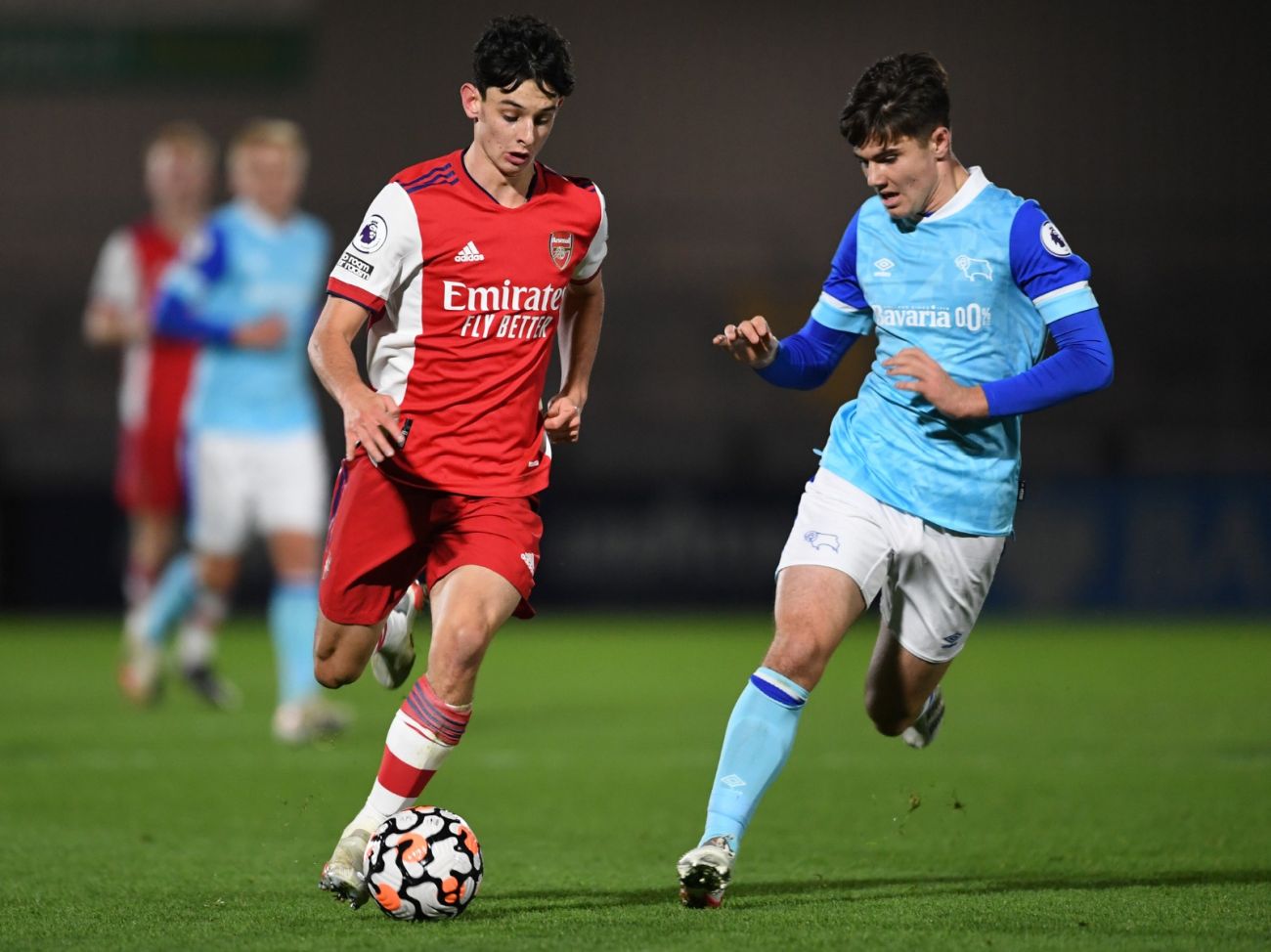 However, that would only last a matter of minutes as Balogun equalised on nine minutes. He did have a goal disallowed for offside a minute previous, but he did eventually get his goal as he found the top corner from 18 yards.

Derby didn’t let their heads drop and continued to come forward in numbers as Sibley and Plange both had efforts on target, whilst at the other end, Kido Taylor-Hart fired over from close range.

And a defensive error from the Rams presented Arsenal the lead midway through the half. A loose pass was intercepted by Balogun in front of goal and he tucked away from close range to give the Gunners the lead.

But, Derby reacted well and fought their way back into the game as they equalised just after the half hour mark. After a nice bit of play on the right, Kornell McDonald received a pass inside the area. He crossed for Plange and he prodded home in front of goal against his former club to level the scores.

It would stay that way until half time, with Derby finishing the first 45 minutes the stronger of the two sides. And after the break, Derby produced a stunning ten minutes of football to put themselves in complete control of the game. 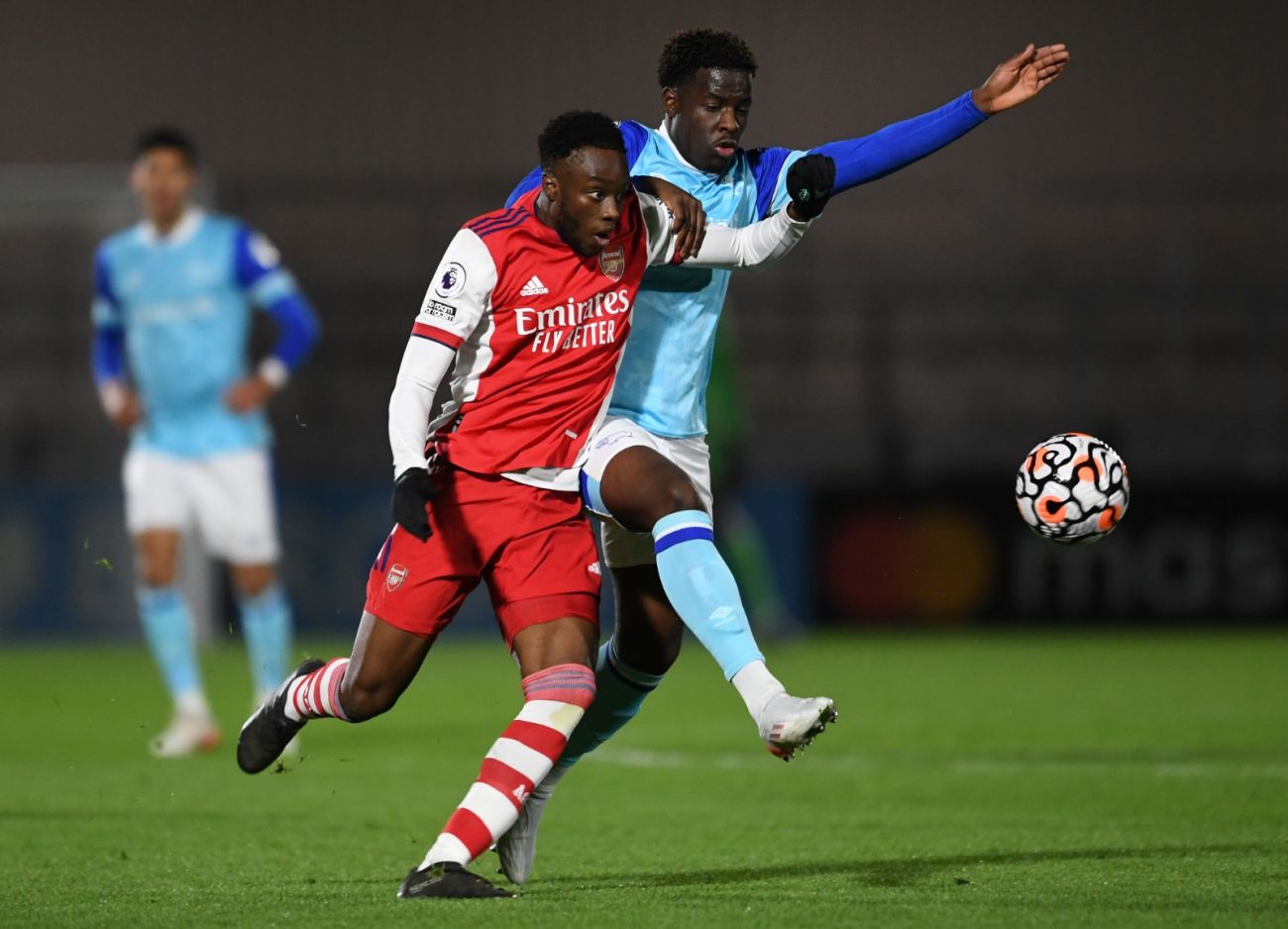 Plange doubled his tally for the night on 49 minutes with a nice finish into the top corner to put the Rams back ahead, whilst four minutes later, he turned provider as he crossed for Dixon to get his name on the scoresheet.

The midfielder headed home at the back post, and with the momentum right behind Lyons’ side, Derby looked to exploit their hosts, which they did for a third time in the second half.

It was again Plange with the assist as he found the onrushing Sibley who was advancing into the box. He took a touch and struck fiercely beyond Arsenal goalkeeper Ovie Ejeheri to cap off an incredible spell of dominance from the Rams as they led 5-2.

From that moment on, it was all about game management with the Rams eyeing a valuable three points in their quest to stay in the division. Osazee Aghatise almost made it six, but shot wide on the hour mark. 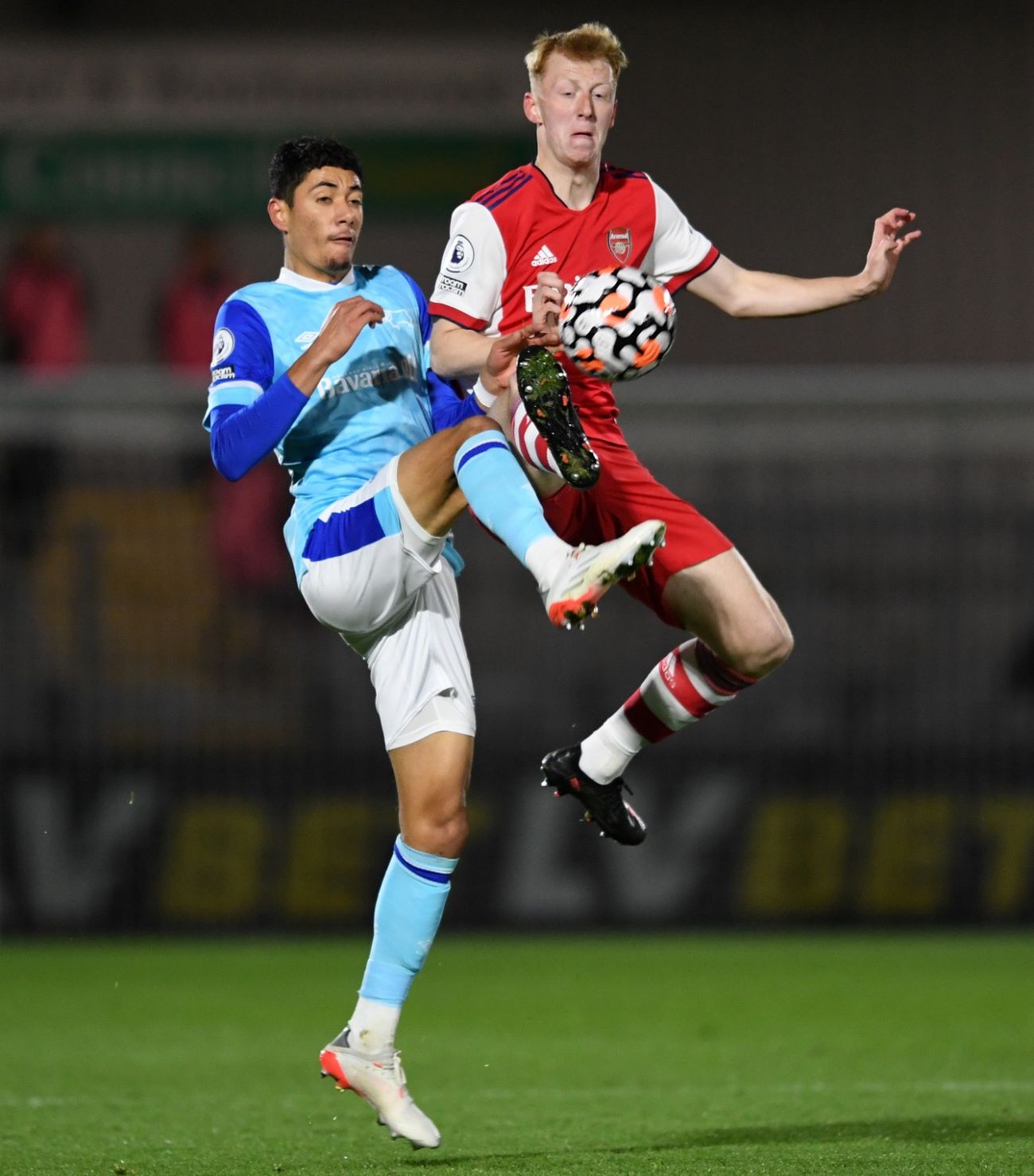 Arsenal did pull a goal back with 20 minutes of the game remaining as Balogun completed his hat-trick with a sumptuous effort into the top corner. The forward cut inside on to his right foot and curled in a beautiful effort to give the Gunners hope.

But, it was Derby who continued to press, with Plange almost notching his hat-trick. After good work from Dixon, he crossed for the former Arsenal man but Ajeheri denied him from close range.

The night belonged to the Rams as they saw the game out confidently, limiting the Gunners in the final few minutes to ensure they came back north with all three points on a memorable night for everybody in the Academy.

Next up for Lyons' Under-23s, who are now only two points away from pulling themselves out of the relegation zone, is the visit of Chelsea to Loughborough University Stadium in Premier League 2 - Division 1 on Friday 3rd December (7pm kick-off).