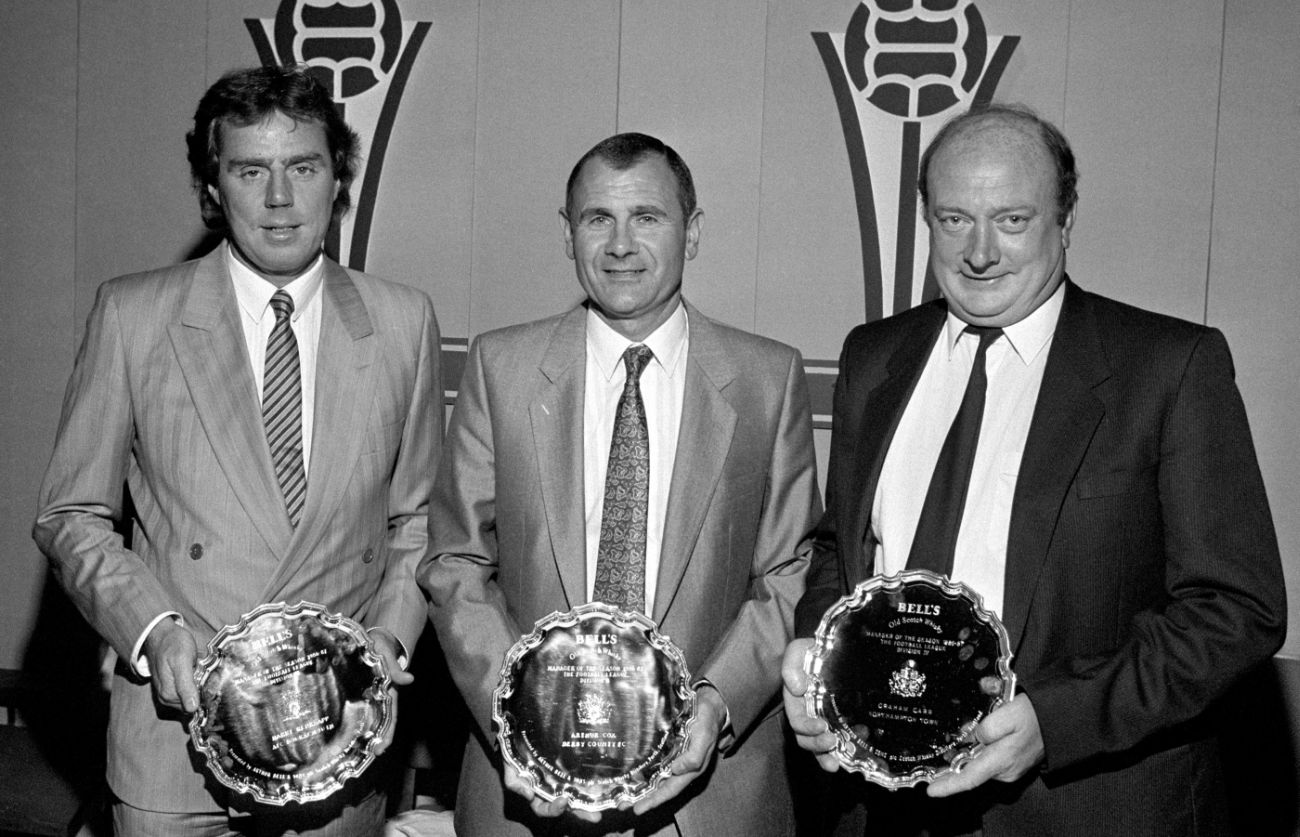 Cox Receives Second Division Manager Of The Year Award In 1987

Former Derby County boss Arthur Cox is pictured receiving the Bell's Whisky Second Division Football Manager of the Year at London's Savoy Hotel, after being presented with his silver salver and a cheque for £1,000.

He is pictured winning the award alongside the other divisional winners, Bournemouth’s Harry Redknapp, who won the Third Division accolade, and Northampton Town’s Graham Carr, who won the Fourth Division prize.

Cox won the award after masterminding Derby’s promotion to the First Division during the 1986/87 season.

It was their second promotion in as many years, as they finished the season top of the table, six points ahead of second-placed Portsmouth.

The Baseball Ground proved to be a fortress for the Rams, losing only once on home turf as they picked up 84 points from their 42 games.