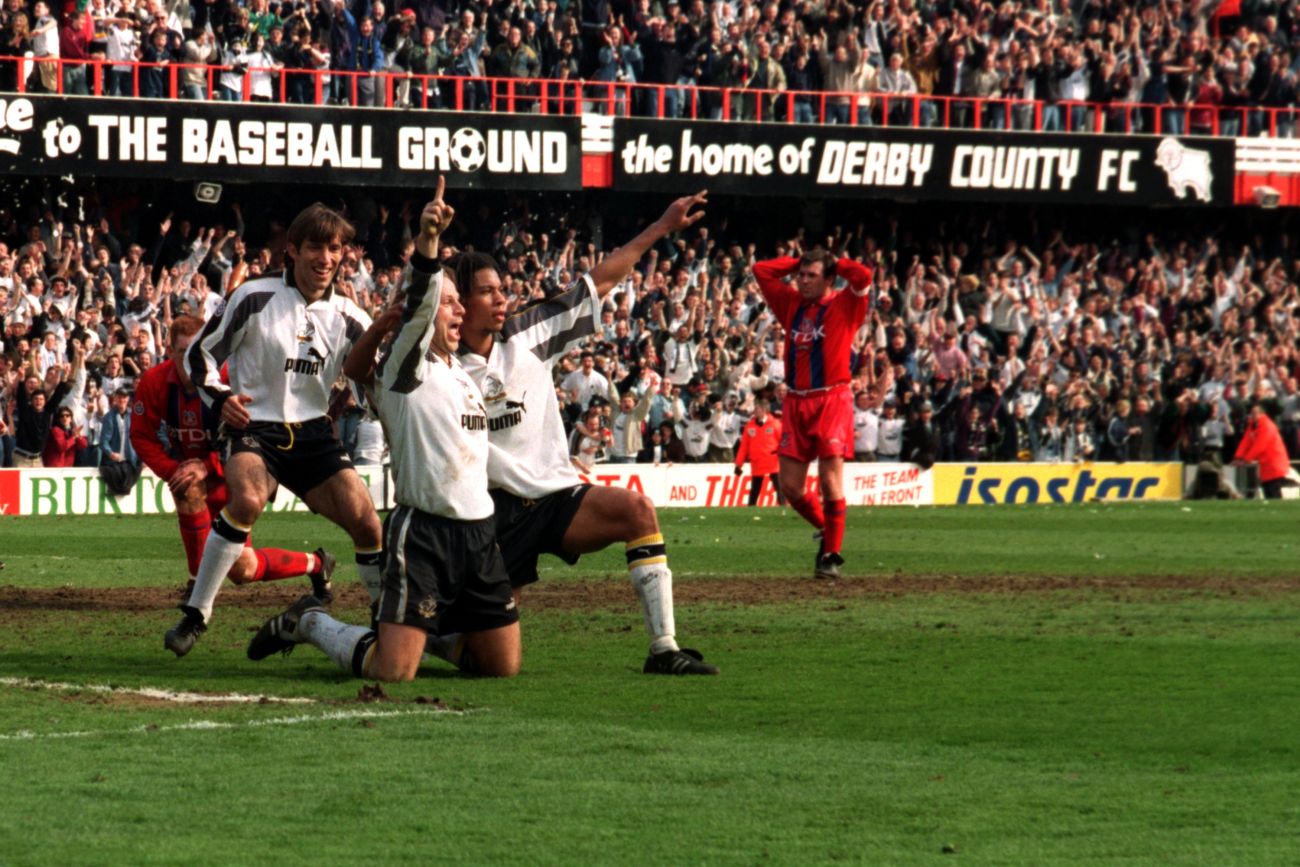 It is an image that will forever be etched into the memories of Derby County supporters.

Robin van der Laan celebrates scoring the winning goal against Crystal Palace in 1996 to secure promotion to the Premiership.

The skipper, who was signed by manager Jim Smith at the start of that season, rose highest at the far post to put Derby 2-1 ahead against the high-flying Eagles.

Dean Sturridge had given Derby the lead in the opening three minutes of the game as he met a long through ball from Igor Stimac.

However, that lead didn’t last long as Palace equalised minutes later. The ball was cut back to Kenny Brown to hit and he found the far corner to make it a nervy encounter.

Derby’s quality did finally shine through on a sunny afternoon at the Baseball Ground as van der Laan met Paul Simpson’s corner to score the decisive goal on an occasion to remember.

RamsTV will be replaying the full 90 minutes from that game tonight from 7:40pm, so make sure to log in to your DCFC Account to relive the encounter.