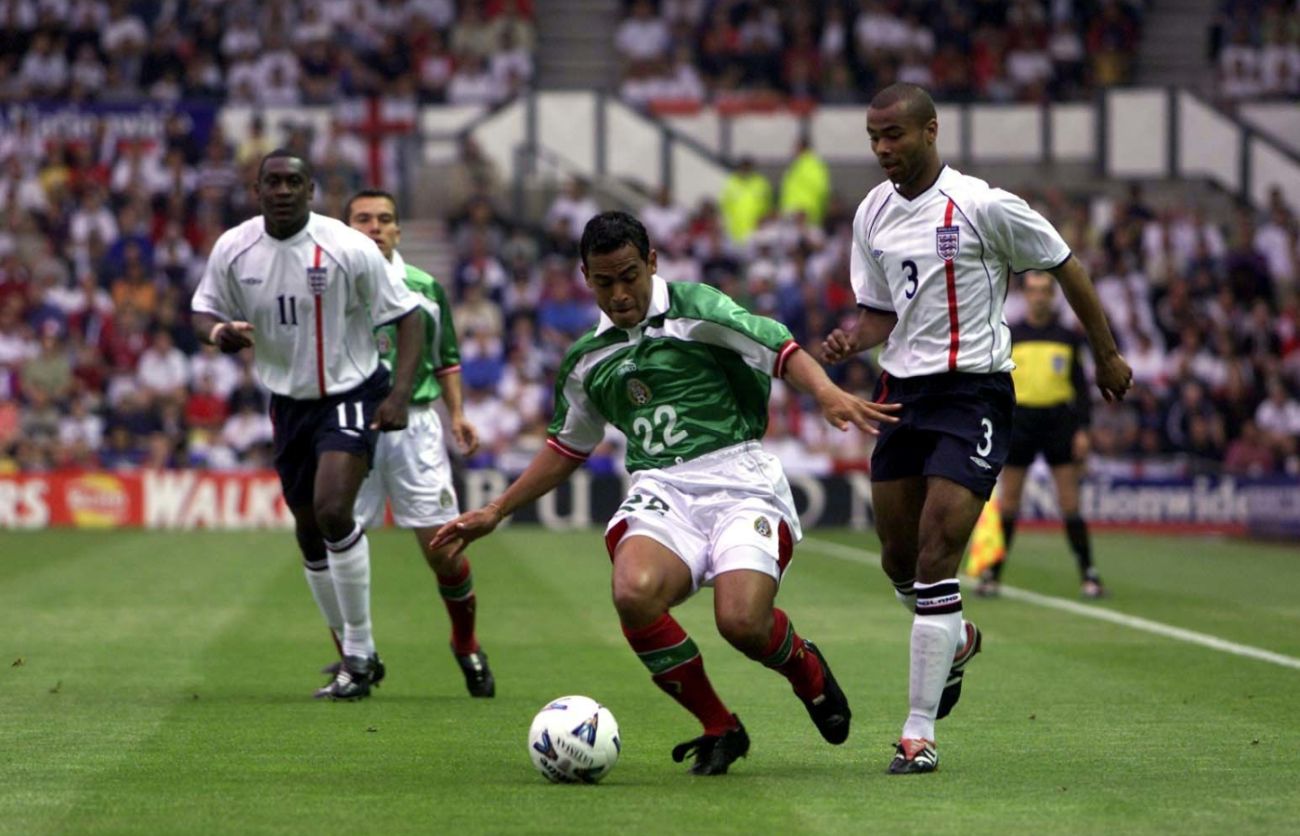 Due to the rebuilding of Wembley Stadium at the start of the 2000s the England national team toured the country, playing international fixtures at various venues.

In 2001, they used Derby County’s Pride Park Stadium to host a friendly fixture against Mexico.

The above picture shows future Ram Ashley Cole in a battle with Mexican striker Hugo Chavez in a convincing 4-0 victory for England.

The Three Lions took a three goal lead before the half hour mark as Paul Scholes, Robbie Fowler and David Beckham got on the scoresheet, whilst Teddy Sheringham notched a fourth goal with 15 minutes of the game remaining.

There was another Rams connection on the field that day as Chris Powell replaced Cole at the start of the second half.