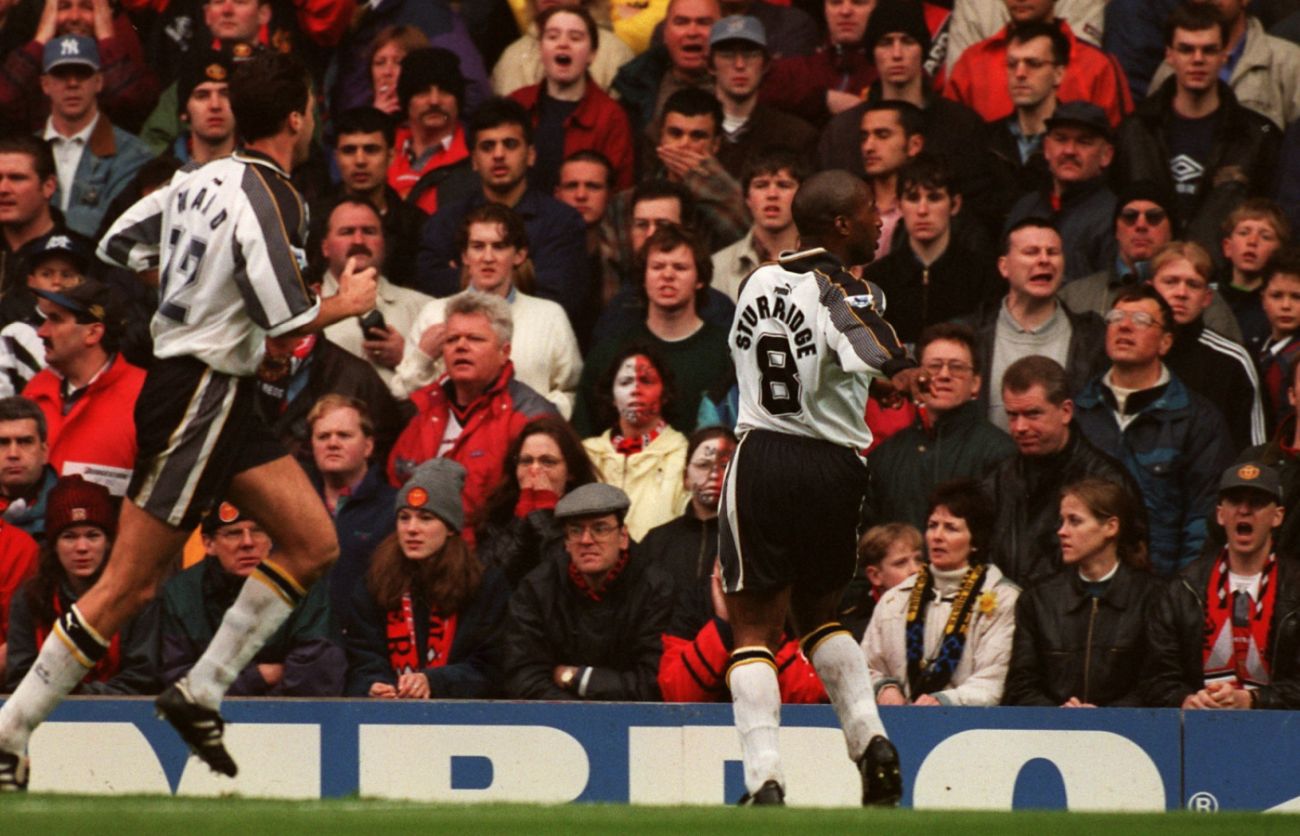 It’s a game remembered for a piece of brilliance by Paulo Wanchope on his debut, but this picture shows Dean Sturridge scoring the all-important third goal to seal victory against Manchester United at Old Trafford in 1997.

Derby were in their first season back in the Premiership following promotion from the First Division in 1996 and were in desperate need of a victory to help their chances of avoiding being dragged into a relegation dogfight.

Manager Jim Smith had brought relatively unknown names to the Baseball Ground on transfer deadline day, with Mart Poom also arriving, and they proved to make a real difference to the Rams.

Ashley Ward put Derby ahead midway through the first half, before Wanchope’s solo run and shot gave the Rams a two-goal advantage at the half time interval.

Eric Cantana pulled a goal back for the Red Devils just after the break, but with only 15 minutes remaining on the clock, Sturridge, pictured, silenced the Old Trafford crowd by scoring Derby’s third.

The Rams were forced to hold on as Ole Gunnar Solskjaer scored a minute after Sturridge, but Derby held on to a famous 3-2 win, which would go a long way to ensuring their survival in the Premiership that season.