Derby County full-back Jayden Bogle has been named in the EFL Team of the Week for his impressive display in the 2-1 Sky Bet Championship victory over Reading at Pride Park Stadium on Saturday afternoon. 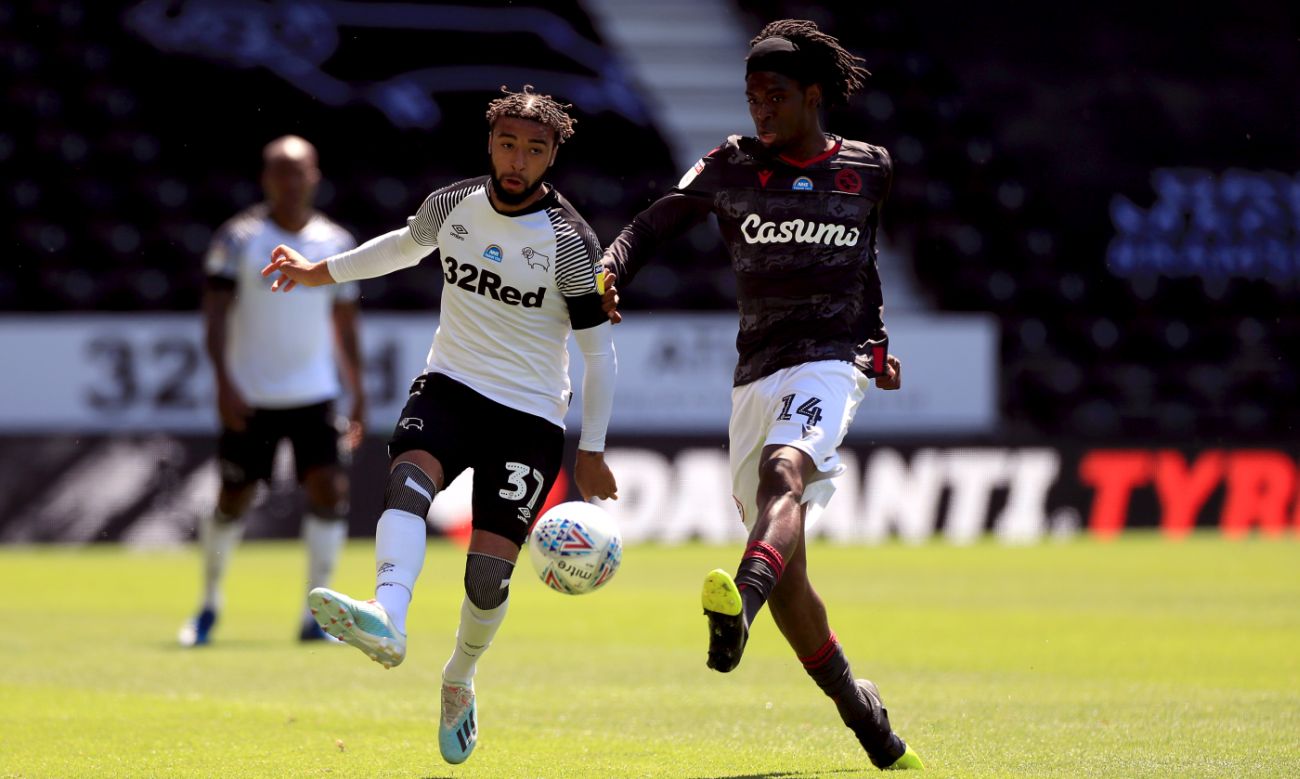 The defender, who registered his fifth assist of the season in a 3-2 victory over Millwall at The Den in Derby's first behind-closed-doors fixture following the three-month in the season due to the COVID-19 outbreak, was in fine form against Reading.

The Rams fought hard for victory against the Royals on Saturday to make it two wins out of two since the returning to action and four league wins in a row either side of the break.

Tom Lawrence put the Rams ahead on 44 minutes with a superb strike into the top corner after great build up work from Andre Wisdom, Chris Martin and Louie Sibley.

Wayne Rooney doubled the Rams’ lead deep into added time in the first half from the penalty spot. Bogle’s key pass found Martyn Waghorn in the penalty area and he was bundled over by Reading defender Liam Moore. The referee pointed to the spot and Derby's skipper stepped up and sent the goalkeeper the wrong way to put the Rams in control.

Reading did pull a goal back after the hour mark through an Andy Rinomhota header, but the Rams’ defensive line stood strong after soaking up a lot of pressure from the visitors in the second half.

Bogle, who has made 30 appearances for Derby so far this season, took 54 touches during the game against Reading and had a passing accuracy of 94.1%.

His only goal this season was during a 4-0 victory over Stoke City back in January. Watch U23s Take On Everton On RamsTV For FREE