Derby County forward Tom Lawrence admits it’s a relief to be back on the pitch following three months out injured - and ahead of Friday’s game against local rivals Nottingham Forest he is determined to help ensure the Rams start climbing the Sky Bet Championship table. 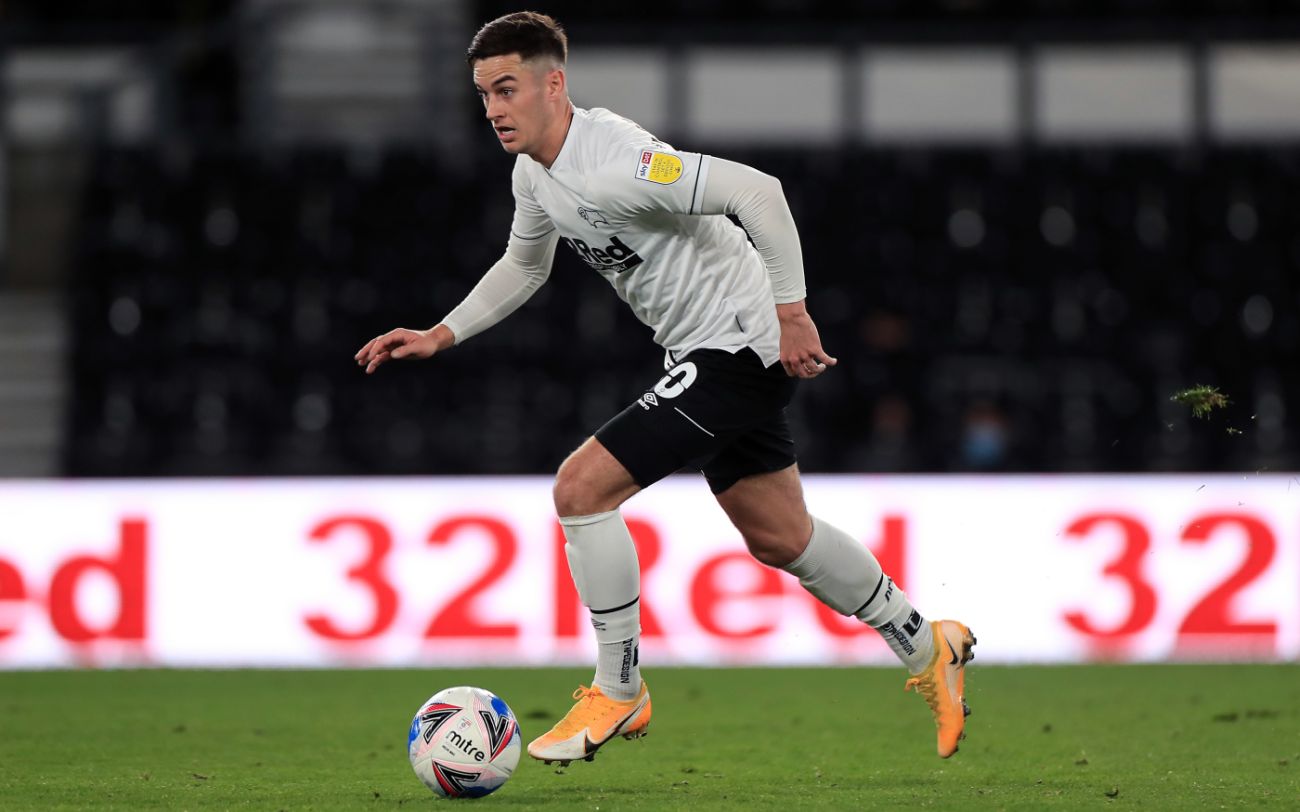 The winger suffered a dislocated shoulder at the end of the 2019/20 season in a home fixture against Leeds United at Pride Park Stadium.

Lawrence underwent surgery soon afterwards before starting a period of rehabilitation, which included work in the gym and on the training pitches to return to full fitness.

He stepped up his comeback by making his return to the first team against Watford last Friday, playing the final 30 minutes of the game, whilst on Tuesday night he got 60 minutes under his belt against Huddersfield Town.

It has been a long road for the 26-year-old, but he’s happy to be back in the fold and amongst his team-mates.

“Any time you are injured for the amount of time I have been, for three and a half months, just getting back on the pitch is a massive relief,” he admitted when chatting to RamsTV ahead of this Friday’s East Midlands Derby clash.

“It is always frustrating when you are not on the pitch. It doesn’t help when we aren’t picking up as many points as we would like, but all the boys are trying their hardest and hopefully we can pick up some wins going forward.”

He added: “I am just enjoying being back on the pitch and hopefully we can get a win on Friday.”

It’s the first time the winger has suffered an injury to his shoulder and he explained that the rehabilitation process was different to that of a normal lower body injury.

“It was a weird one because when you are injured you normally just do a lot of upper body work,” he said.

“It was more running on the pitch, just constant running, which was not so good! I had six weeks of it.

“It was tough in a way, but it was good to know I’d be up to speed when I was straight back in training.”

The Rams head into Friday’s clash with neighbours Forest after making a slow start to the season, but Lawrence knows the local derby is a good opportunity to kick-start the campaign

“I think we deserved at least a point from the game on Tuesday at Huddersfield,” he commented.

“We go into every game trying to win the game but unfortunately it is just not going for us at the minute, but we are looking to turn that around as quickly as we can.”