Derby County’s Graeme Shinnie has been impressed with the form of his team-mate Jason Knight as the pair continue to strike up a healthy partnership in the centre midfield. 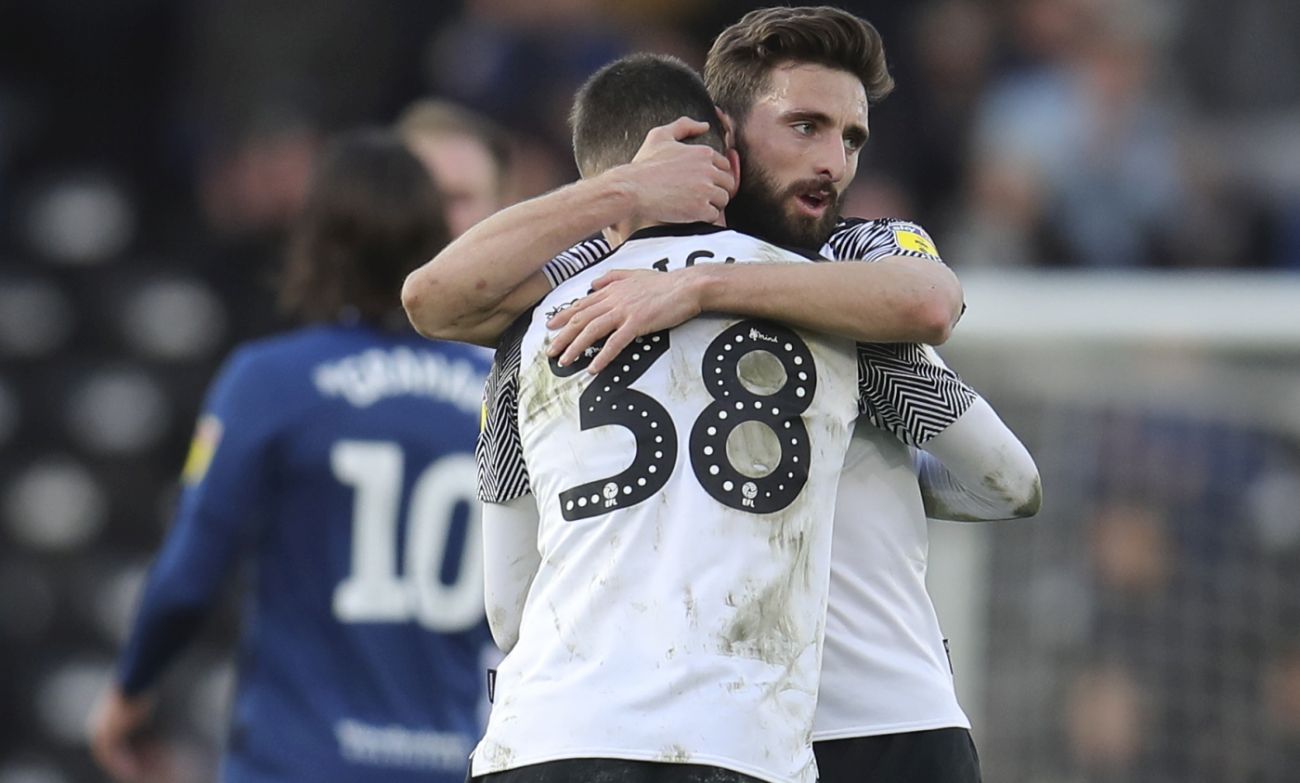 The Republic of Ireland international midfielder, who earned his first senior cap for his country earlier this month against Finland, has earned praise from all quarters for his high energy performances so far this season.

His tough tackling, mazy runs and energy around the park has been a positive for Derby so far this season.

The Academy graduate earned the free kick against Norwich City which saw Wayne Rooney score the winning goal, whilst he also found the net earlier this season against Preston North End in the Carabao Cup.

Knight is the only player to play every minute in league and cup so far in the 2020/21 campaign for Derby, showing his importance to manager Phillip Cocu.

Shinnie, who has started the last four games alongside Knight in midfield, believes he has huge potential.

“It’s really good to have someone next to you who is willing to run and run and run,” the Scottish midfielder told RamsTV. “He will fight, he will battle and we are probably similar in terms of how we want to play.

“I think it gives certain players, especially the forward players, the room to do what they want, knowing that us two are behind them and happily going to do the work.

“Knighty, on top of that, has got his qualities, like at Norwich where the runs he was going on as he won us the free kick to win the game.

“His attitude is spot on and it’s infectious to the group so it’s been enjoyable to play alongside him.”

It’s that infectious, fighting attitude which is needed at the moment as Derby find themselves in the lower echelons of the division after a slow start to the new campaign.

The Rams face Cardiff City at Pride Park Stadium on Wednesday night (7:45pm kick off) aiming for three points on home turf for the first time this season.

Away from the pitch, Knight can be quiet and reserved, however, once he crosses that white line, he knows there is a job to be done, and Shinnie is hoping for more of that this week.

“He is quiet, not in terms of he doesn’t speak, but as soon as it comes to matchdays and training, he is very vocal and his will to win is very high,” he said.

“He has a massive expectation of himself and he demands a lot which is really good as a young player and his attitude is first class so it shows a lot about him.

“He works very hard, as well, which is extremely good, especially for a young player.”