Striker Colin Kazim-Richards was pleased to make his first start for Derby County in Saturday afternoon's 1-1 draw against Wycombe Wanderers - but admitted the side need to start winning games quickly. 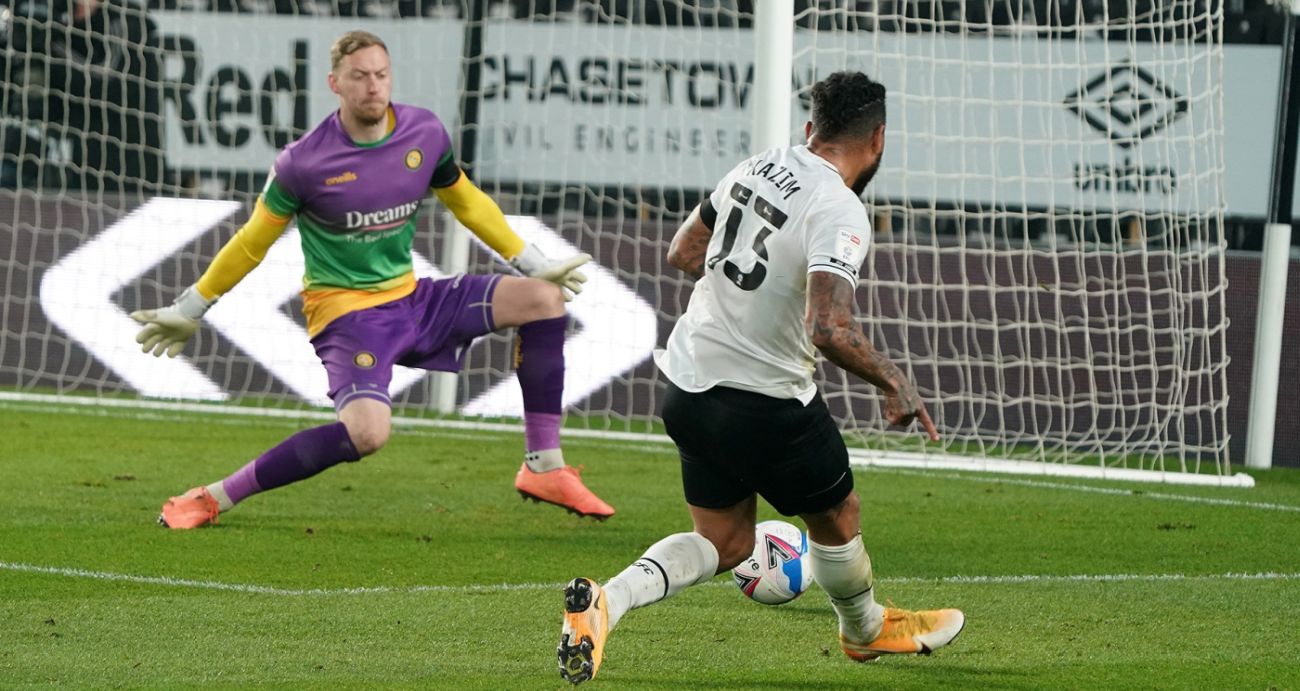 The forward made his first start for the Rams, after penning a contract for the season in October, against the Chairboys and was unfortunate not to open the scoring in the first half.

The former Turkey international converted Craig Forsyth's left-wing cross on the half-hour mark, but the goal was disallowed due to the offside flag.

However, he had a hand in Derby’s opening goal as he fired the ball across to Duane Holmes who finished to put the Rams ahead at half time.

Kazim-Richards was a constant threat in the target man role as he held the ball up well and brought others into play, before being replaced by Martyn Waghorn just after the hour mark.

Wycombe managed to equalise in the final 10 minutes as Matt Bloomfield forced the ball over the line to ensure the points were shared at Pride Park Stadium.

And the striker, who joined the Rams this summer on a free transfer after leaving Mexican side C.F. Pachuca following the COVID-19 pandemic, felt the Rams dominated for large parts - but one lapse in concentration cost them all three points.

“I am a bit disappointed personally,” he told RamsTV. “I thought up to a certain point we dominated the game. In this league you can’t switch off and for a second and we kind of switched off and they scored.

“We're very disappointed because we have all being grinding and we are all trying to get this club out of where we are. Obviously the results haven’t come so we have got to do better.

“We have got no time, there is a game again Tuesday and I think just for tonight we can be upset, but tomorrow we have got to move on. It is an important game at home on Tuesday against Coventry.”

He added: “Let’s not get over-upset, we can build off the point. We have another game on Tuesday so maybe we can take four points from two games.

“Let’s hope that’s the way it goes. It needs to move fast and everyone needs to know that we are grinding every day. It is a shame.”

The forward thought he had opened the scoring in the first half as he fired past Ryan Allsop in the Wycombe goal after a superb ball from the left from Forsyth, but the linesman’s flag denied him his first Rams goal.

“I am a bit upset about that,” he admitted. “I don’t know if it was or if it wasn’t offside. That has gone and it doesn’t matter anymore.

“I am happy I got to get my first start and show some qualities that I have and I hope we can progress off this, but I am angry we didn’t take the points."

And it’s another quick turnaround for the Rams who face Coventry City at Pride Park Stadium on Tuesday night (7:45pm kick-off).

“All these games are key games, every single game,” he said. “Coventry are around us and it makes it even more key."