The Rams’ boss, who initially took over on an interim basis before being handed the full-time position earlier this month, has made his side hard to beat since taking control and seen them move out of the division’s bottom three.

A run of four consecutive shut outs against Millwall, Brentford, Stoke City and Swansea City helped Derby on their way, whilst a convincing 4-0 victory over Birmingham City at St Andrews saw confidence flowing through the whole squad.

And after back-to-back wins and clean sheets in the last two games against AFC Bournemouth and Queens Park Rangers, the club’s solid defensive record has once again been cast under the spotlight.

Along with Matt Clarke, Andre Wisdom, Nathan Byrne and Craig Forsyth, Academy graduate Buchanan has been one of those players key to success at both ends of the field with his steady defensive play and his attacking traits.

Speaking to RamsTV following Saturday’s 1-0 victory at the Kiyan Prince Foundation Stadium, the left-back praised the team’s defensive shape and believes Derby have turned a corner under Rooney.

“We have just stripped it back to basic; winning your duels and winning your battles and then you can start playing,” he said.

“It was very good from the lads (at Queens Park Rangers). I thought we dug in deep, especially in the second-half; defending, clearing the ball and heading it. We were fantastic. If you’re not necessarily good with the ball, then you’ve got to be good without it. I thought that’s what we did.

“Against Bournemouth, in the first-half we played some good stuff and then the second-half we dug in and won. We are keeping more clean sheets and when we go one goal up, we are not conceding in the last ten or 15 minutes and I think that’s the difference.

“Resilience is probably one of the biggest things and now we are working our way back up the table and out of the relegation zone.

“When you are 1-0 up, you enjoy defending and you get your reward at the end. We all love digging in for each other, it is a class set of lads and we all like working for each other.

“I think if it had been earlier in the season we would have gone on to concede in the 93rd minute and come away with a draw, for example. It shows a massive difference from where we were to where we are now and we have to keep that run going and get more wins under our belt.” 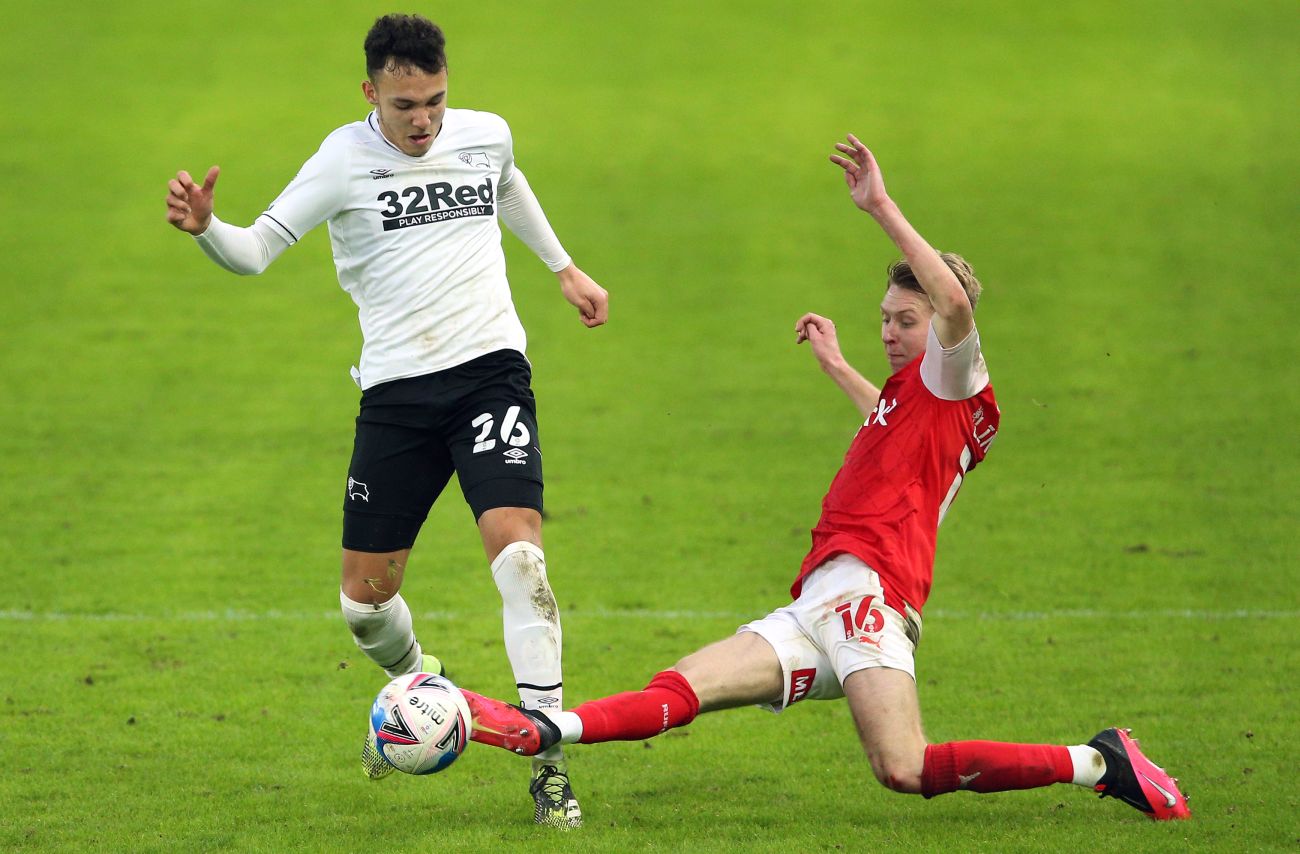 During Saturday’s victory in West London, the Rams had to be reliant on goalkeeper Kelle Roos who twice pulled off superb saves to deny the hosts from scoring.

He saved from Charlie Austin from close range in the first half whilst he had to be aware in the second period as Yoann Barbet’s acrobatic effort had to be pushed away from danger.

“Kelle made one against Bournemouth, the header, as well and what a save that was – and then he saved the bicycle kick in this game,” Buchanan explained. “He said he couldn’t really see it, so what a save that is as well.

“Credit to the lads who have come in recently like Kelle and George Evans. The manager says when you get your chance you have to take it, because if you do well in training and on the pitch then you will keep your position.”

The Rams now have a full week to prepare for the visit of Bristol City who head to Pride Park Stadium on Saturday (3pm kick off).

The Robins, who beat Derby 1-0 at Ashton Gate earlier in the season, currently in the mix for a play-off position.

Buchanan knows it will be another tough test for the Rams but admitted there is a lot of belief in the camp at the moment.

“Games in this league are never easy, you have got to work your way into it and win your battles,” he commented.

“I think we are confident now on the back of two wins to go and do it.”