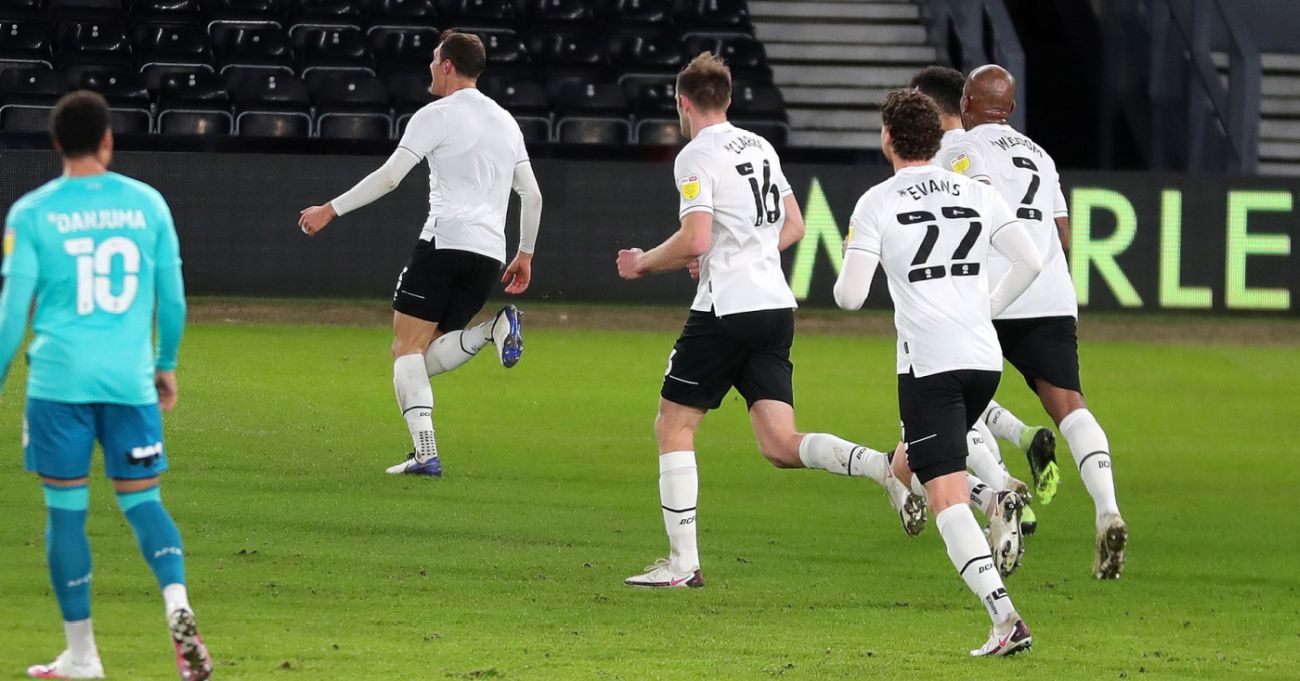 The Polish international scored the only goal of the game, and his second goal of the season, in the first half by converting from a corner.

He wheeled away in celebration without a name and number on his back following an earlier head injury which caused a lot of blood, resulting in stitches following game.

A fine performance from Bielik, who was named the Sky Sports Man of the Match for his impressive display, drove the side on and the Polish international felt Derby more than deserved their victory.

“We knew that on Saturday against Rotherham wasn’t good enough and we had to start the game on the front foot from the first minute,” he told RamsTV. “That’s what we did until the last minute tonight.

“Rotherham play direct, physical football and you can see that Bournemouth wanted to play from the back. We trained how we wanted to play and that worked today.

“In the second half, they changed formation and caused us problems and cost us more energy, but we dug in and deserved the three points.

“We dug in until the final minute today. It wasn’t easy but we showed quality, togetherness, energy and we deserved three points. We think about the next game now.”

Bielik’s first goal of the season came from a corner against Birmingham City last month, whilst his second also came from a set piece and he was pleased to notch another goal.

“It was a corner kick, a little fight in the penalty area and I got the ball on my foot and I just smashed it into the goal,” he said.

“I was lucky that the goalkeeper wasn’t standing there, so I’m glad it went in and hopefully many more to come.”

The Rams face another tough test on Saturday as they travel to Loftus Road to face Queens Park Rangers.

The R’s currently sit one place above Derby in the Sky Bet Championship table and Bielik knows a win will go a long way to helping the club rise the standings.

“It’s a massive game,” he commented. “We know that we can go and play the same football as we produced tonight.

“If we play with quality, on the front foot and with energy then I’m sure we can come back with three points.”