Derby County secured all three points at Pride Park Stadium in a 1-0 victory over Bournemouth for the first win under Wayne Rooney.

Rooney was appointed manager of the last week ahead of back-to-back home games. After falling to a 1-0 defeat against Rotherham United on Saturday, the Rams came out fighting and full of energy against the Cherries.

With an abundance of good chances, it was Krystian Bielik’s which was the difference. It came midway through the first half when he bundled in from Graeme Shinnie’s corner.

Derby began the game with the intensity they were lacking a few days before, and that was evident inside the opening three minutes when the Rams could have taken the lead.

Jason Knight turned away from his man at the by-line and cut back to Bielik who pinged a cross to Kamil Jozwiak at the back post. The forward headed into the ground and the rebound hurtled towards the near corner and drew a one-handed save from Asmir Begovic.

The visitors had an equally good opportunity in the ninth minute when Jack Stacey whipped a dangerous low cross in front of the face of the goal for Dominic Solanke, but the pace of the delivery forced him to scuff the tap in wide. 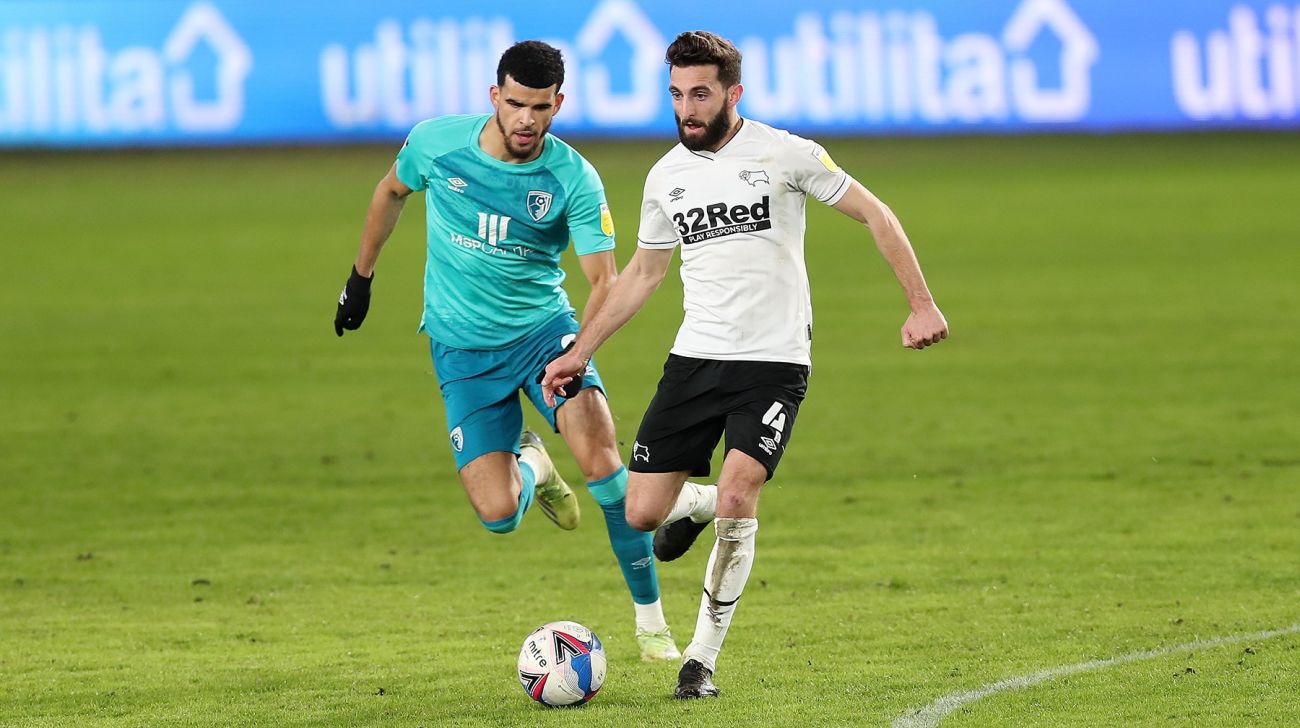 Derby kept the pressure on and on the stroke of 30-minutes a fine display of football lead to another opportunity. An exchange between Bielik and Knight played out midway in Bournemouth’s half and Bielik received the ball again as Lee Buchanan ran in through the backline to meet his through-ball.

The young full-back, looking for his first league goal, went one-on-one with Begovic and was denied by the keeper’s outstretched foot.

Just two minutes later, however, and the goal came. Jozwiak saw a shot at the near post deflected out for a corner which Graeme Shinnie went over to take. He directed it into the middle of the box towards Bielik. He couldn’t quite get his head on it, but it rolled down perfectly to bundle in with his right foot.

The Cherries slightly changed their formation with two substitutes coming on at half-time, looking for a way back into the game. Joshua King almost had an instant impact, heading on target, only to be denied by a smart stop from Kelle Roos.

Derby’s intensity from the opening half remained and chances began to flow again. Jason Knight found a way through the back line but couldn’t get the ball to settle to go one-on-one with Begovic so squared for Jozwiak but a difficult delivery saw his shot go wide. 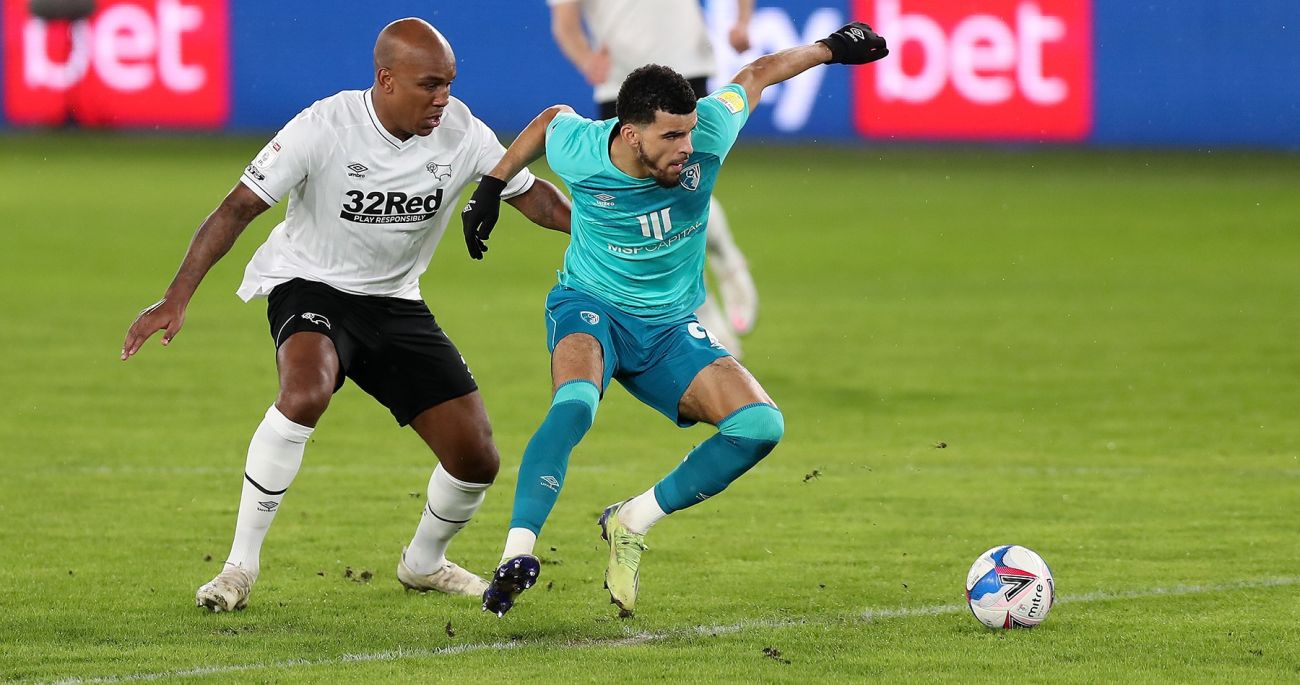 Back-to-back chances came for Nathan Byrne in the 57th minute. First, a sweet exchange between Jozwiak and Bielik gave the full-back chance to run into space on he right and strike from close range and call Begovic into action.

Not even a minute later, the ball was at his feet with space on the edge of the box and another on-target shot was stopped by the visiting keeper.

The best chance to extend the lead came on the 60-minute mark when Byrne delivered a good corner into the middle of the box and Matt Clarke rose the highest to head on target. With Begovic beaten, his effort was cleared off the line by his defender. 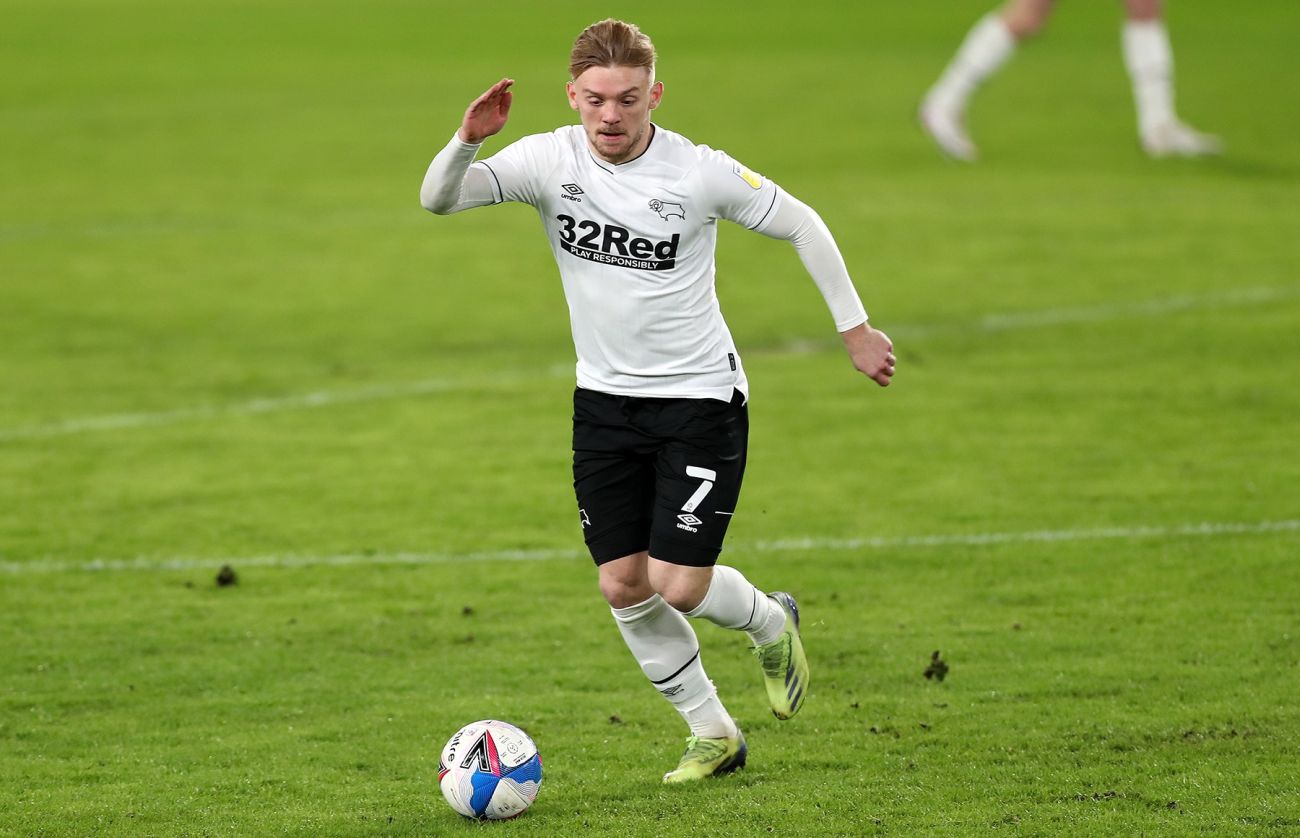 With 20 minutes left to play, another bright move from the Rams almost handed Bielik a brace. A brilliant ball from Andre Wisdom from the half-way line found Jozwiak down the left, he cut inside and fed back out to Colin Kazim-Richards. His initial cross was blocked and rebounded out to Bielik who smashed a goal-bound effort from 20-yards out, only to be denied by a strong block by Chris Mepham.

A superb instinctive save by Roos with ten minutes to play denied Bournemouth for an almost certain goal. Lewis Cook headed back across goal to a crowded back post and Lloyd Kelly’s close-range effort sprang Roos into action to dive and bat away his effort. 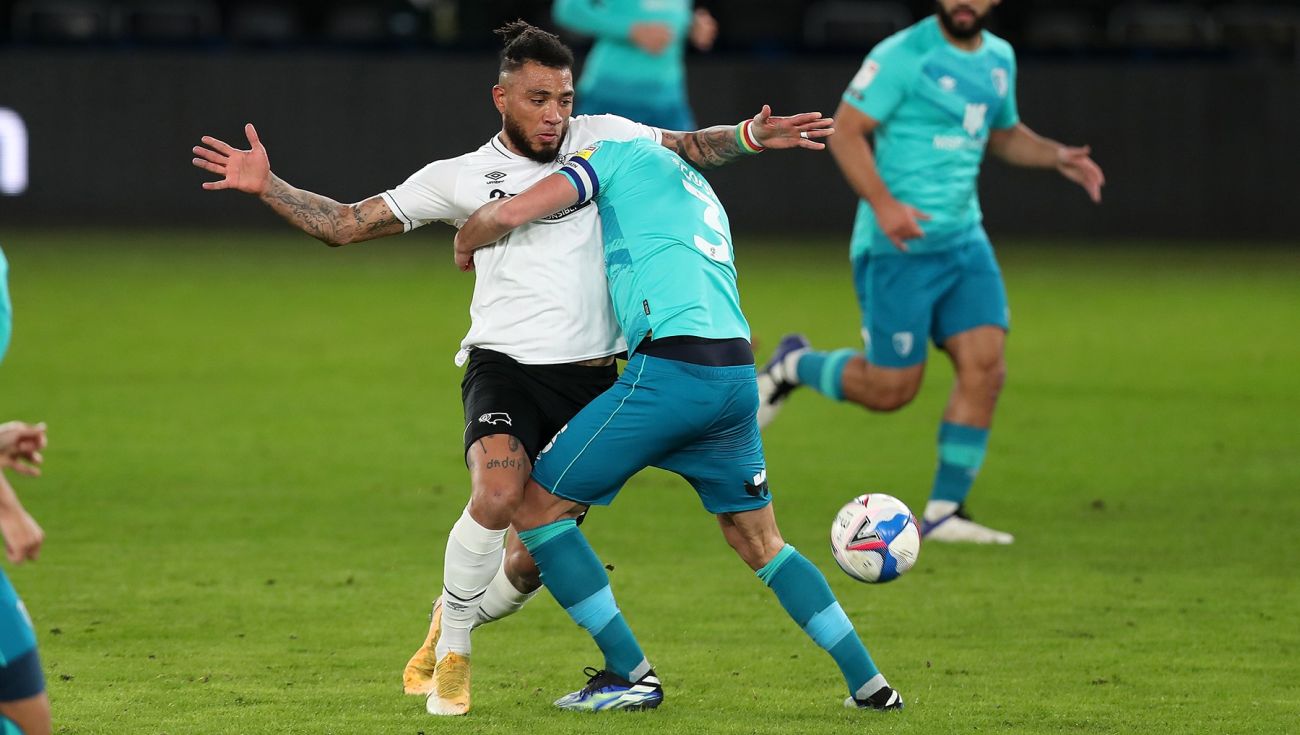 Bournemouth applied the pressure in the closing stages and came close to pulling out a draw as Stacey picked up a loose ball in the box and drilled an effort wide.

The Rams were able to hold on to earn the first victory under Wayne Rooney.