Derby County bolstered their attacking options with the signing of highly-rated Patrick Roberts on loan until the end of the 2020/21 campaign on Deadline Day.

The winger signed on loan from Premier League leaders Manchester City after cutting his season-long loan spell with Middlesbrough short.

Here is a little more information on Derby’s newest recruit… 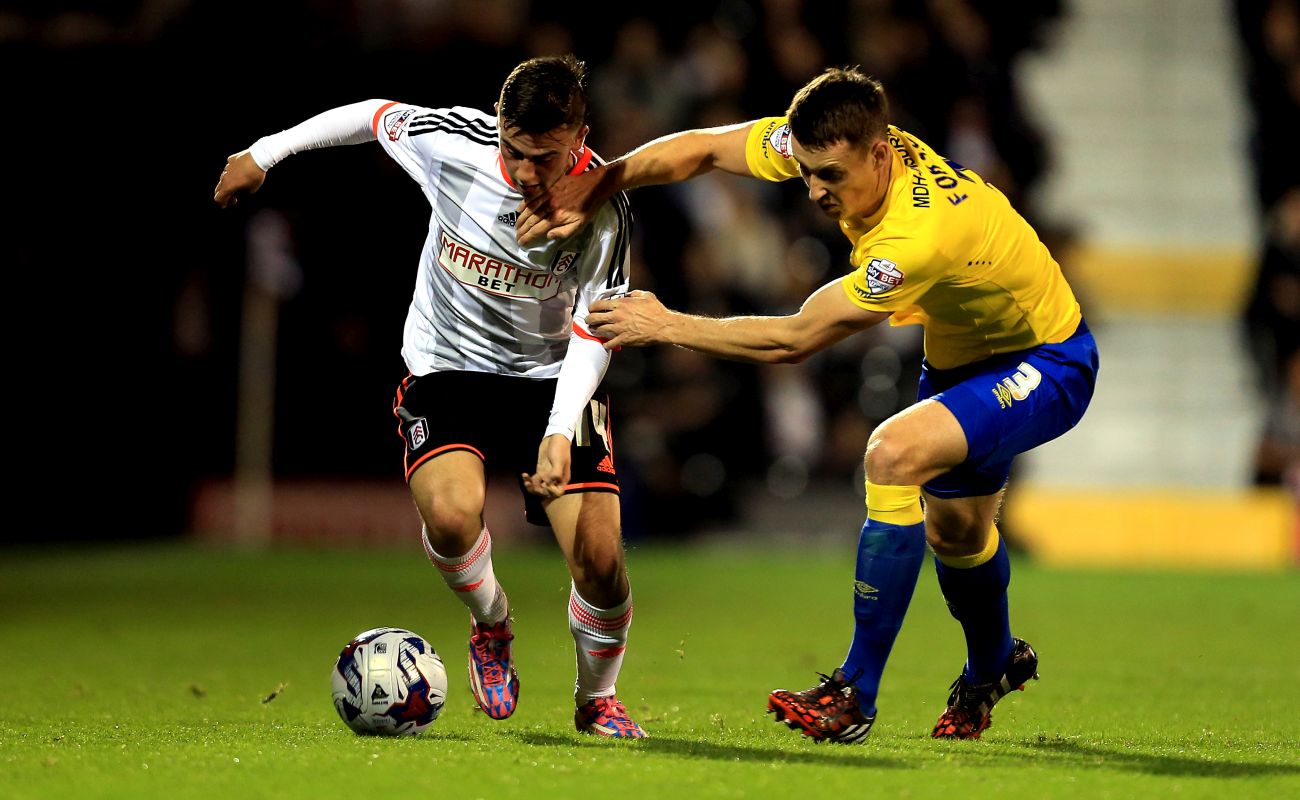 Roberts joined Fulham from AFC Wimbledon at the age of 13 and rose through the youth ranks at Craven Cottage. Such was his talent, he signed his first professional contract on his 17th birthday.

A month after his birthday, he was named on the substitute’s bench for a Premier League fixture between Fulham and Newcastle United. Felix Magath gave Roberts his competitive debut at the end of March as he appeared as an 81st minute substitute against Everton in a home defeat.

Fulham suffered relegation from the Premier League that season, however, the following campaign, he would enjoy a strong run in the side.

After two substitute appearances at the start of the Championship season, he made his first competitive start for the club in a 1-0 defeat against Wolverhampton Wanderers.

His raw pace and energy proved to be a constant threat for opposition full backs. He provided assists but couldn’t manage to get his name on the scoresheet. His impressive form earned him a lucrative move to Manchester City. 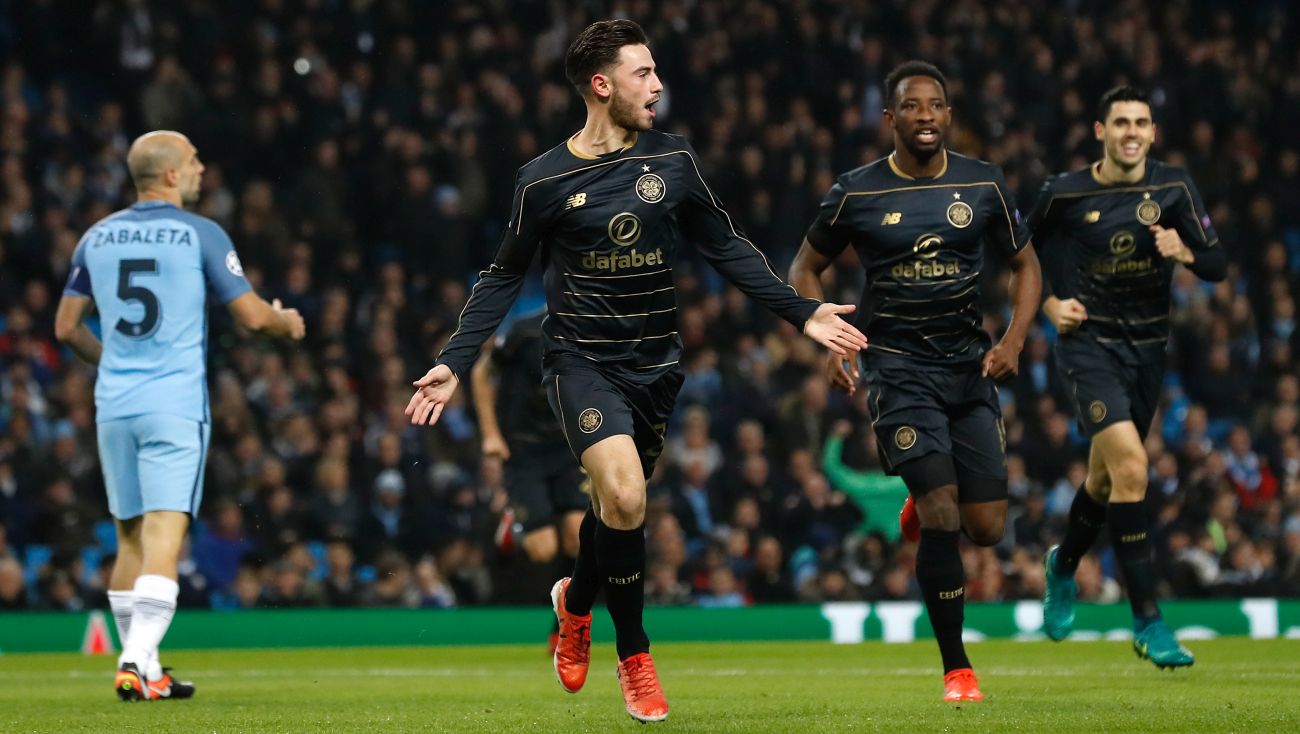 Manchester City paid a sum in the region of £12 million for the promising England youngster, who has gone on to represent England at Under 16, 17, 18, 19 and 20 level.

He made his City debut in a pre-season competition against Real Madrid, replacing Jesus Navas, whilst he made his competitive debut for Manuel Pellegrini’s side in September 2015 in a 4-1 EFL Cup victory over Sunderland.

After another EFL Cup appearance, Roberts moved north of the border to Celtic on an 18-month loan deal.

Roberts’ move to Celtic was the first of four moves away from Manchester, but it certainly was his most successful.

He scored his first competitive goals in a 3-1 home victory against Hearts, scoring either side of the half time break. Roberts finished the campaign with six goals from 13 appearances and a Scottish Premier League winner’s medal.

The following season, he helped Celtic qualify for the Champions League before facing Barcelona, Borussia Monchengladbach and his parent club Manchester City, who had allowed him special dispensation to play in the competition against them. He even scored against them at the Etihad Stadium in a 1-1 draw.

That season would prove to be his most successful campaign to date as he helped Celtic win the treble. He scored 11 goals in 47 games in all competitions, contributing 19 assists, as the Hoops won the Scottish Premier League, Scottish League Cup and Scottish FA Cup. 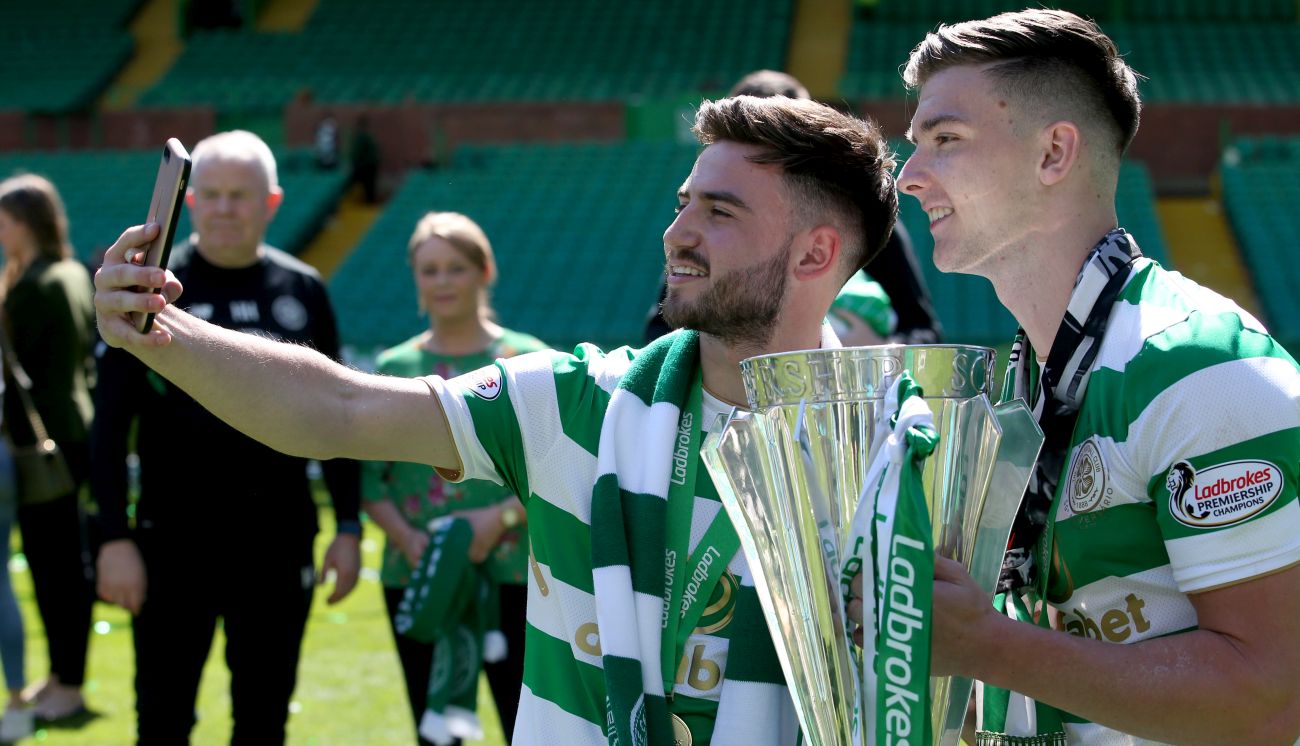 Roberts signed for another season, taking his time at Celtic Park to two-and-a-half years, and managed one goal in 19 appearances as Celtic once again secured the treble.

In total, Roberts played 79 times for Celtic and scored 18 times, providing 25 assists along the way.

The winger embarked on a new challenge and at the start of the 2018/19 campaign he signed on a season-long loan with La Liga side Girona, who are part of the City Football Group.

After 19 games, he was unfortunately unable to help keep the side stay in La Liga as they suffered relegation.

Norwich was his next port of call. They were back in the Premier League under the stewardship of Daniel Farke but he found opportunities hard to come by. He managed only four appearances before cutting his loan spell short to join Middlesbrough in January 2020.

He made three appearances before the COVID-19 pandemic struck, but on his return in June, played seven games and scored one goal. That came against Reading at the Madejski Stadium.

Roberts returned to Teesside for the start of the 2020/21 campaign but after 10 appearances, his season-long loan spell was cut short in order for him to join Derby. 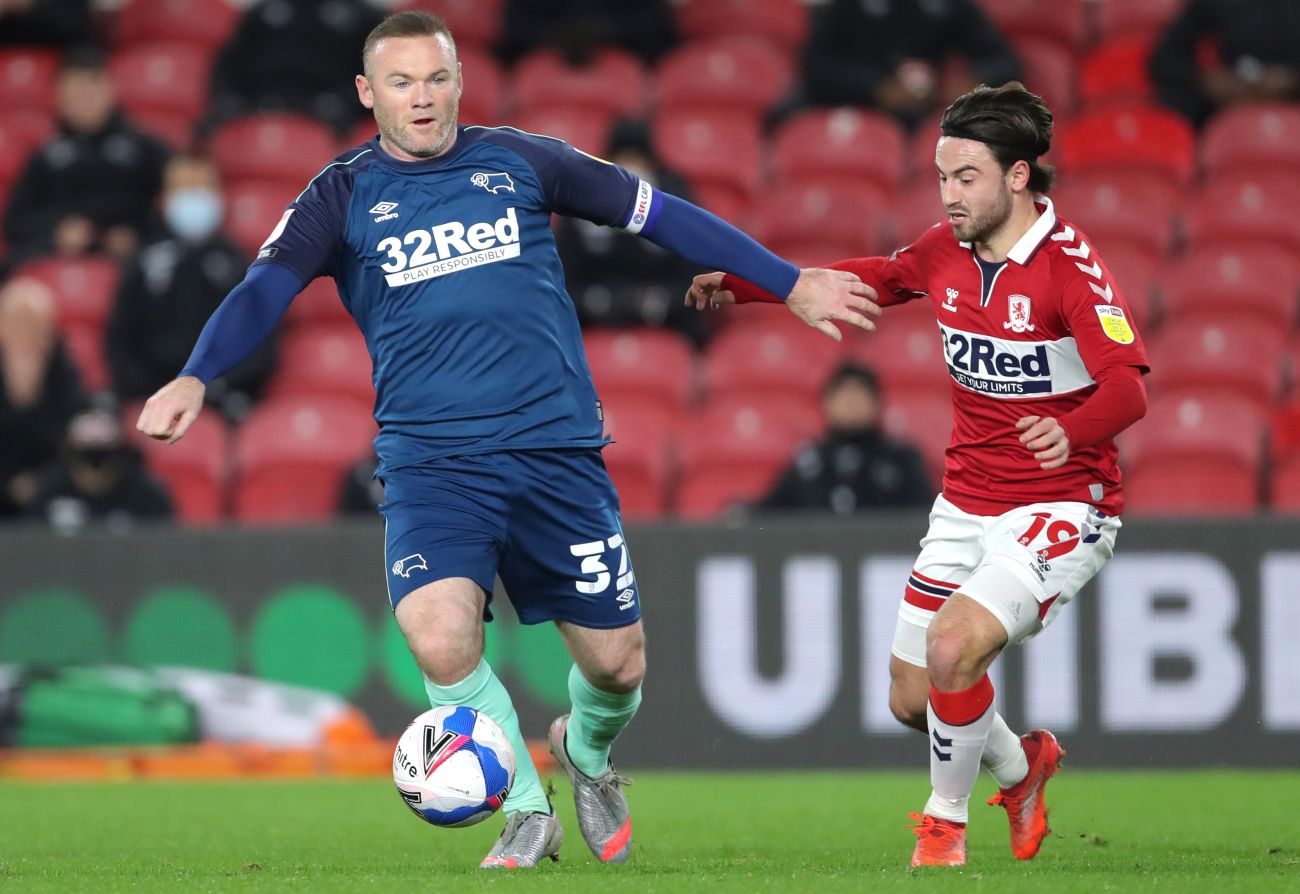 The winger made his debut for the Under-16s at the age of 15 in 2012, playing seven times in total, scoring one goal. He made the step up to the Under-17s the following season and managed seven goals in 14 appearances. 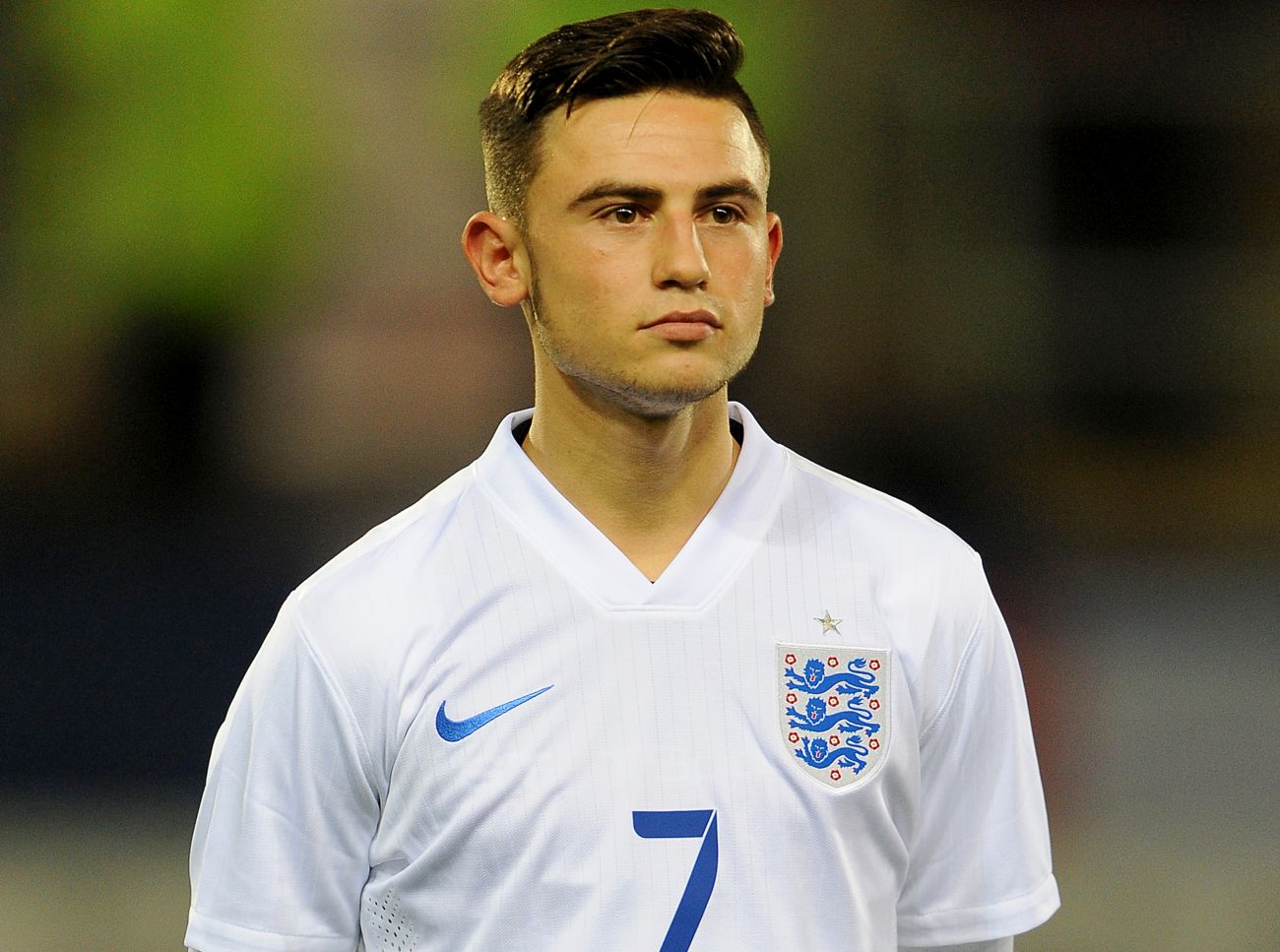 His performance saw him fast-tracked to the Under-19s squad under coach John Peacock. At the age of just 17, he scored five goals and assisted seven, as he helped England qualify for the UEFA Euro U19 Championships.

Roberts has also scored goals for the Under-20s, managed by Aidy Boothroyd at the time.