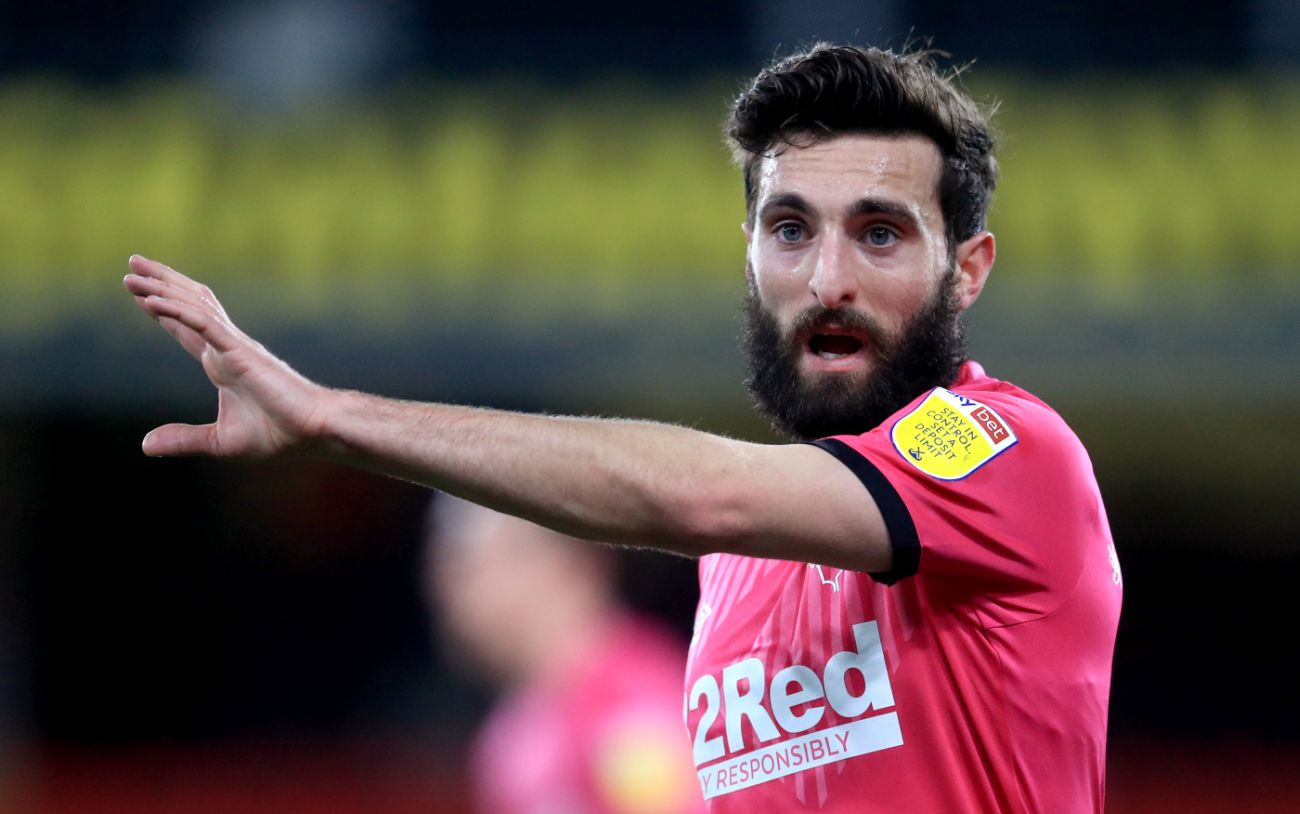 The Scottish international is known for his high energy, break up play and tough tackling and says the occasion is something he relishes as an individual.

Shinnie knows he will need to channel that energy correctly but is looking forward to the test against the Reds on Friday night.

That is because the Rams have picked up good form since Wayne Rooney took over as the club’s permanent manager in January.

Derby have won six of their last eight games and have won their last four on home turf under the 35-year-old, whilst Forest, managed by Chris Hughton, have also improved in recent weeks.

It makes for an interesting evening of football at Pride Park on Friday (7:45pm kick-off) and Shinnie is excited about the prospect of playing in another local derby encounter.

“These sorts of games suit my style of football,” he told RamsTV. “I have been involved in a few local derby fixtures over the years. Aberdeen against Rangers is a big rivalry in Scotland and the way I play, and the way I try and get stuck in, the fans react to those sorts of moments in the big games.

“It is different because there are no fans in stadiums right now, so you can’t thrive off the fans in this one, but we all know that they are watching and we are doing a job not only for us, but for them as well.

“It is another game of football and we have been in good form recently. It is about trying to carry that on and continue to do the things that we have been doing right in recent games.

“Both teams have been doing really well as Forest have been picking up points regularly and are climbing the table a bit.

“We are well aware of that but we are in good form ourselves, we are at home and have picked up our home form. For us, it is about trying to keep doing the things we have been doing. If we can do that then we will give ourselves a chance to win the game.”

The Rams go into Friday’s game on the back of an important victory over Huddersfield Town on Tuesday night.

George Edmundson headed Derby ahead in the first half, whilst Martyn Waghorn netted his 100th career league goal to secure a 2-0 win on home turf.

“It was a really professional performance,” Shinnie admitted. “Huddersfield were decent, I thought, and the first half I thought they moved the ball well and created a few problems for us with their movement.

“I didn’t feel we were too under pressure in terms of chances on goal, I think they had one early on but apart from that, especially in the second half, I felt we were pretty comfortable at the back and not going to lose a goal which is always good.

“The goals we scored were brilliant as well and it was a good performance that we need to take forward now into Friday.”

The only component missing from Friday’s game is the supporters, who no doubt would have packed out Pride Park Stadium for this crunch encounter.

Whilst Shinnie expects them to be a big miss, he knows they will be watching and cheering the side on from home.

“Our home form has picked up recently, as I mentioned earlier,” he said. “We had a really good home record last season and this year at the start it wasn’t great, but we have picked it up a bit now.

“It would be lovely to have the fans in cheering us on, I think it was a real fortress last year when they were there, so it has been a real disappointment not having them. We know they are watching, and we know we have a job to do for them.”