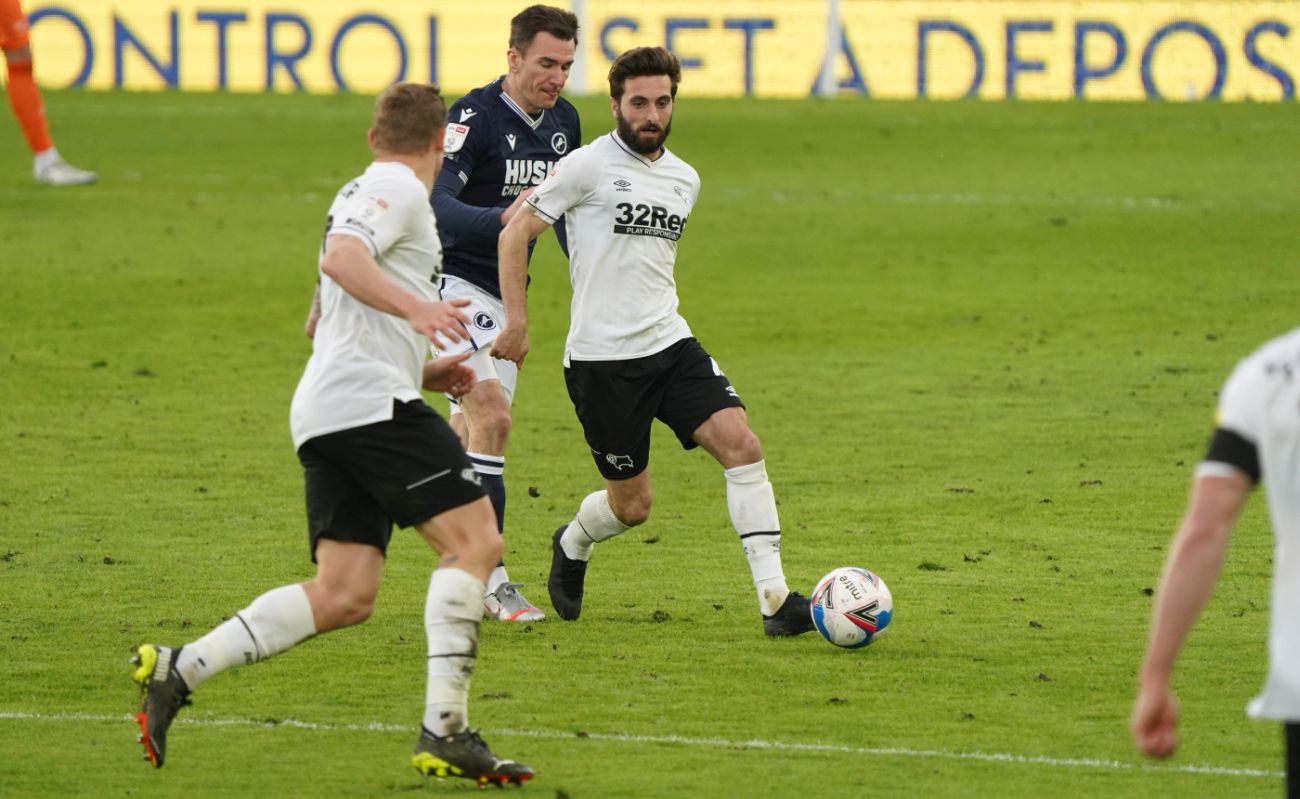 Shaun Hutchinson headed the only goal at the end of the first half as the Lions secured a 1-0 victory, but the Rams were left frustrated not to get anything out of the game.

Derby had the better of the possession but struggled to create clear cut chances.

Louie Sibley had Derby’s best chance of the game as he struck the crossbar from close range with only 10 minutes remaining.

Shinnie was a constant source of energy in midfield throughout but was disappointed to be on the losing side.

“We have been beaten today, so it is very disappointing,” he told RamsTV. “Performance-wise, I think we played a lot better with the ball, but in the final areas we were poor and we didn’t do enough.

“We got into some great areas from the back to getting into the front areas, which was good, but we needed to do more to score goals.

“I thought we played well. Millwall sat in a little bit deeper, which gave us a lot of the ball and we had to move it and create openings, which we did, but the last cutting edge and scoring goals is what we needed in the game and we didn’t have it.

“They had the one chance, scored it to win and go home with three points. It is disappointing.”

It was the manner of Millwall’s goal which particularly frustrated Shinnie.

A corner into the box was headed in by an unmarked Hutchinson to score the only goal of the game.

“It is from a set-piece, which we are disappointed with,” he admitted. “I think the initial free kick was never a foul which led to the corner.

“Saying that, we should have dealt with the free-kick when we had a chance to clear it and we didn’t. Then we conceded the corner from which they scored.

“It is not good enough defending on our behalf but it was the only chance they really created, which is disappointing because I felt we got in some good areas but we didn’t really create anything clear cut and that is frustrating.”

Shinnie knows the team need to put this defeat behind them and focus on moving forward.

“We have to move on; we are in this position where we are and we have to stand up and be counted,” he said.

“There is no point feeling sorry for ourselves, we have got to dust ourselves down. We have a big game against Brentford now on Tuesday. We need to prepare for that and recover.

“It has been a very hectic schedule and it is the last two games before the international break now. We need to prepare well and go into those two games and get a result in each of them.

“It is a big game for us, it is the next match and we have to get back to winning ways. It is an important one for us.”