Defender Craig Forsyth bemoaned a three-minute spell which turned the game totally on its head as Derby County fell to a 2-1 defeat against Swansea City at the Liberty Stadium on Saturday.

Tom Lawrence had given the Rams the lead early into the second half, heading home from Nathan Byrne’s cross, however, a three-minute spell cost Derby all three points.

Morgan Whittaker came back to haunt the Rams as he headed home from six yards to draw the Swans level, whilst minutes later Connor Roberts fired Steve Cooper’s side into the lead.

Derby went close to equalising as Colin Kazim-Richards’ header was denied by Swansea goalkeeper Freddie Woodman as the Rams fell to their sixth successive defeat.

“It is not a nice place to be in but it is ourselves who have got us in this position and it is on ourselves to get ourselves out of the position,” Forsyth told RamsTV.

“We know that three minutes have cost us. Two sloppy goals have been conceded and we were chasing the game again.

“Swansea are a team that when they are in front, they make it hard for you to keep the ball and it is hard to get it back from them. A lapse of concentration for three minutes from everybody has cost us today.

“It has been a common thing and set piece goals as well. In the first half of the season we were very good at that, but recently we have been conceding a lot of goals. That is something that as a team and as a defensive unit we need to take responsibility for.

“We had a game plan to press and get after them and I think especially second half we did that and it got us ahead.

“For the three minutes where we conceded we stopped doing it and after that we got back to doing it. We were well in the game again. It is the lapses in concentration that is really killing us.

“We know the situation and we know we have to do our jobs, which we haven’t been doing recently. We can’t keep relying on other people, so we need to step up and handle our own job.” 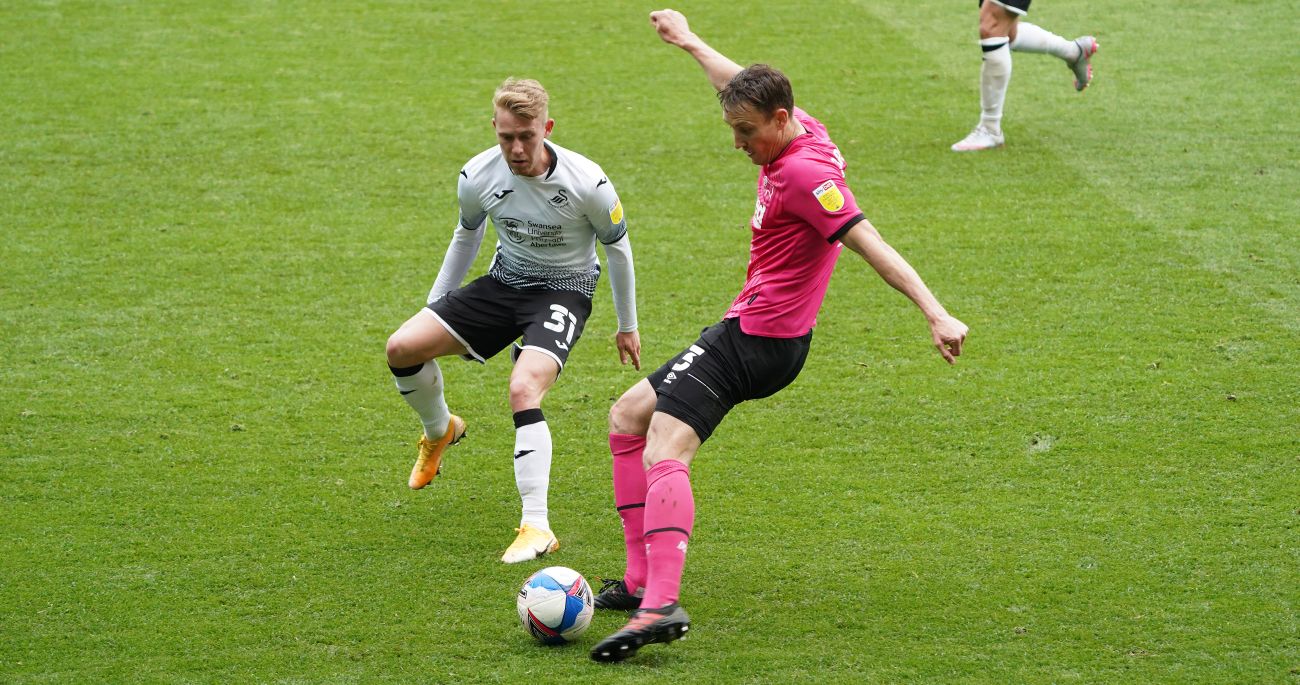 Rotherham United, who picked up a point in a 1-1 draw against Blackburn Rovers this afternoon, have two games left to play and should they beat Luton Town on Tuesday, they will leapfrog the Rams in the table.

With all still to play for, Forsyth knows how massive a game next weekend’s clash at Pride Park Stadium is.

“Today is done, it is gone and we can’t change the result so we are going to look forward to Saturday which is a massive, massive game and we need to make sure we come out on the right side of it,” he admitted.