Derby County Football Club Women are delighted to announce that they have become a formal stakeholder in the Mickleover Community Interest Company (CIC), thereby becoming one of only a handful of female clubs in the United Kingdom to own all or part of their home ground. 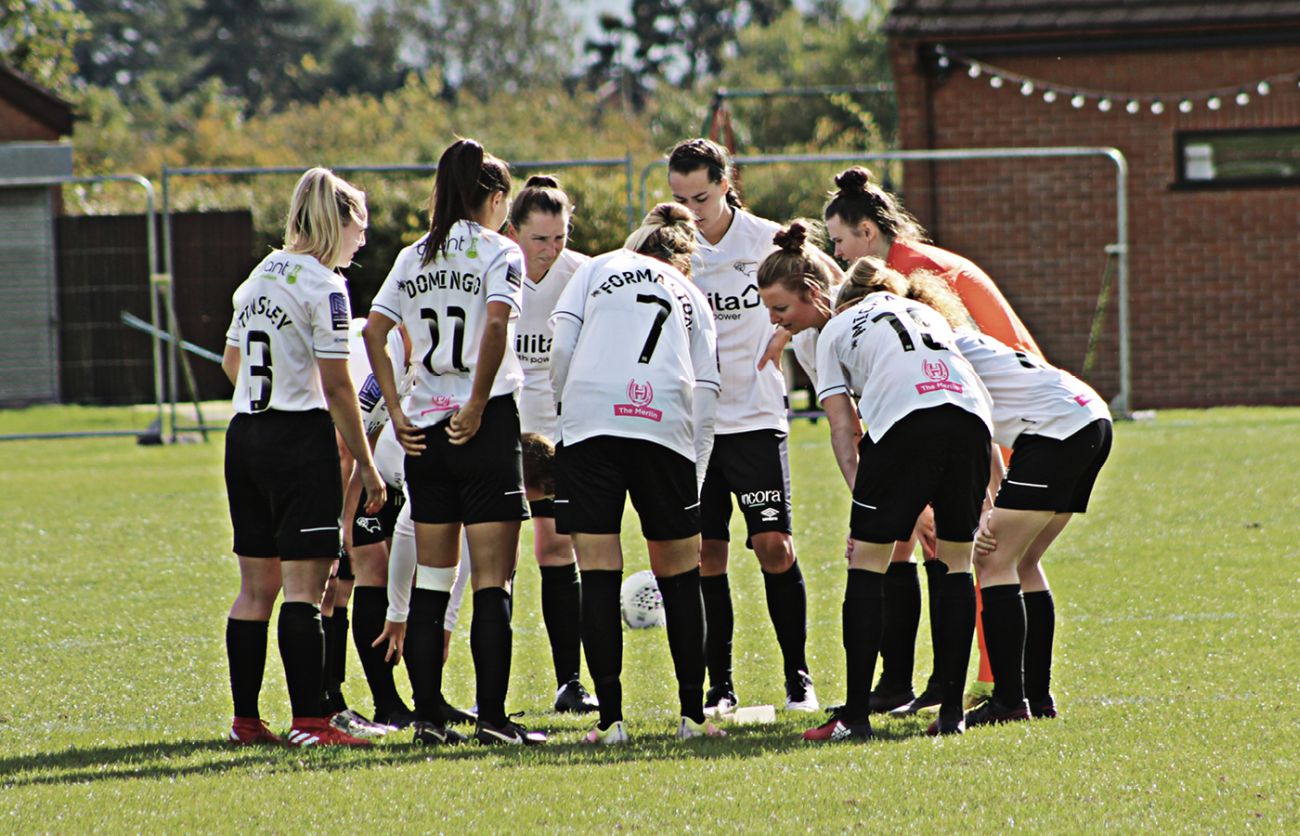 The move is the latest stage of the development of the club and one which, according to Chief Executive Officer Duncan Gibb, represents a key moment in the club’s history.

He said: “Today is the culmination of a lot of hard and patient work, which started back in 2014 and now sees us among only a handful of clubs within the game that are stakeholders in their home venue. It is without question a landmark day in the club’s history and, coming so soon after our formal integration into Derby County Football Club in 2019, demonstrates the growth and progress we are making.”

Derby County Football Club has increased its support towards Derby County Women in recent seasons as the profile and growth of Women’s football continues to rise. The enhanced support sees the Women’s first team train at the Derby County Training Centre as the Ewe Rams continue to align themselves more closely to the main club in terms of its governance structure and some operations.

With the Women’s First Team playing its home games at Mickleover FC since 2016, Gibb entered formal discussions about Derby County Women becoming a stakeholder in 2018. With the agreement now signed, the club will kick off the new season as a formal partner in the ground, which is currently undergoing renovation with the installation of a 3G pitch to replace the former grass one. As well as the First Team and U20s playing their fixtures there, the Academy will move training there from its current base at Leesbrook Community School.

Gibb believes that the club’s successful quest in delivering a permanent home points to exciting times ahead for both the club and the CIC.

He said: “It’s been a lengthy process and one delayed by the pandemic, but we are delighted to have got there. In the longer term we are confident that as stakeholders we’ll be able to attract funding and resource to assist in the continued development of the site, alongside our equally ambitious partner within the facility, Mickleover FC.”