Central defender Phil Jagielka is proud of Derby County’s defensive record this season, admitting it is a team effort as the Rams prepare for a home clash against Luton Town in the Sky Bet Championship on Tuesday night (7:45pm kick off). 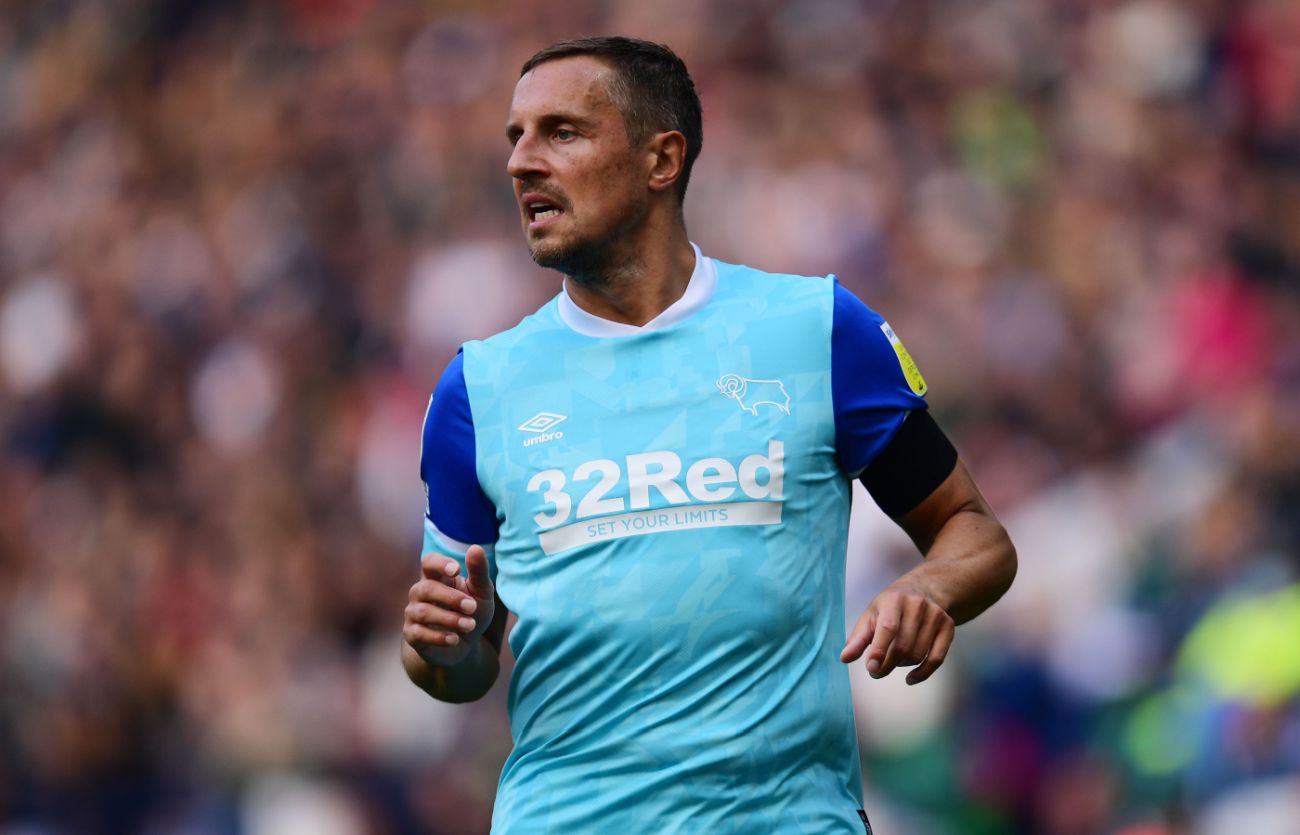 Whilst the league standing places Derby at the bottom of the table, owing to the 12-point deduction imposed on the club for entering administration, the Rams have been impressive at the back.

They have the joint-best defensive record in the division, conceding only eight goals from the opening 12 games of the campaign.

Derby have kept six clean sheets so far this season and have gone 270 minutes of football without conceding, a run stretching back to late September.

Saturday’s goalless draw against Preston North End at Deepdale was the side’s third successive clean sheet and another shut-out against the Hatters on Tuesday would see Wayne Rooney’s side stretch their unbeaten run at home to eight games in all competitions this term.

Whilst the Rams continue to work hard on converting chances at the other end, the defensive solidity has given the team a base to build from.

Former England, Everton and Sheffield United defender Jagielka, who was signed as a free agent in August, knows it is a strong team effort to keep clean sheets and believes the Rams’ luck will change at the other end soon.

“It’s been the story of the season where we have been playing some really good football and defending really well as a team, but unfortunately we can’t get the ball in the back of the net as often as we want,” he admitted when chatting to RamsTV ahead of the Luton game.

“The manager has spoken to us about it a few times and it’s something we are working on. He would like us to be a bit more ruthless in front of goal, but it’s not been the case so far where we’ve either come up against a really good goalkeeper or not taken our chances.

“We have all got to take responsibility and try and find a way to score. You have got to bear in mind the restrictions the manager has had from the start of the season.

“I’m sure he would like to have brought in a couple more options at the top end of the pitch but that wasn’t possible.

“We’ve got a young attacking threat, especially those coming on from the bench, and hopefully they find a bit of confidence or hit a hot streak and we can convert our draws into victories.” 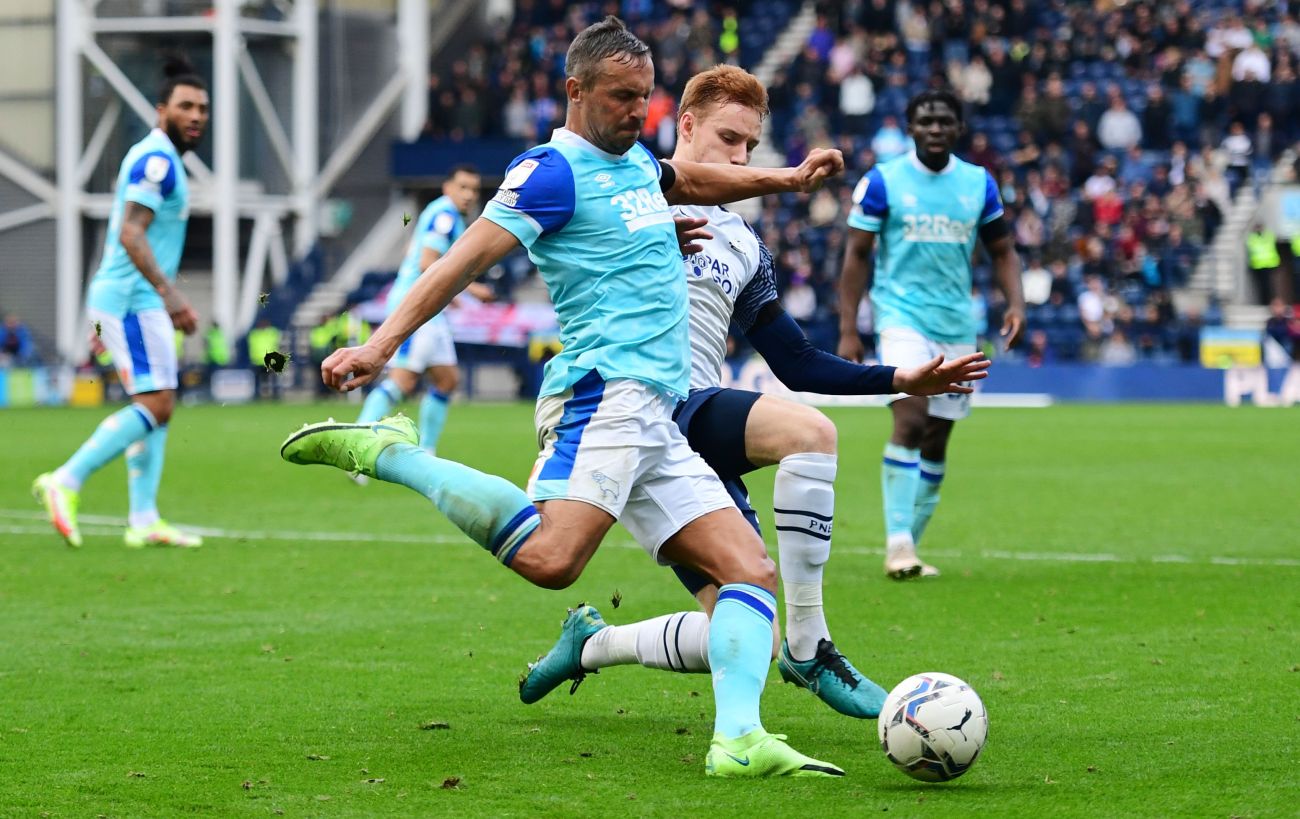 He added: “We are not daft enough to know the defensive record is down to just the defensive unit and the goalkeeper, it’s the whole team.

“We all put a massive shift in. We have to defend a lot of set pieces and everyone plays their part.”

Jagielka joined the Rams early in the season after his contract with Sheffield United expired in the summer. The 39-year-old is more than accustomed to the trials and tribulations the game offers.

He recently had to sit out the 1-0 home victory against Reading as well as the goalless draw against Swansea City prior to the international break through injury.

Whilst missing games isn’t something he particularly enjoys, he knows his body better than anybody and knows that should he miss further games due to little niggles, there are players capable of stepping up and helping the team.

“I would love to say I will play every single game in the season, but realistically that doesn’t happen, even when you’re in your 20s, let alone your late 30s like me, so I’m fully aware that there will be little niggles that keep me out for a week or two,” he said.

“There are people that have come in and waited for their turn and have performed really well and that’s part and parcel of the team and the squad togetherness here.

“Stears (Richard Stearman) came in for the Reading and Swansea games and he has been supporting me throughout the previous games so it was my turn to support him and Curt (Curtis Davies) and Fozzy (Craig Forsyth) who were playing at centre back.

“Keeping those clean sheets and maintaining the defensive record is something we want throughout the season and we need to do it as a group rather than one or two individuals.”

And, with Luton heading to Pride Park Stadium on Tuesday night, Jagielka knows the importance of taking maximum points on home turf.

“We are playing some good football and created a lot of chances,” he explained. “I think we have had a pretty good pre-season considering all the shenanigans off the pitch and it’s brought us all together.

“We have taken points at home and kept a few clean sheets and it’s all about momentum. It’s not nice to look at the table and see how many points we’ve got but realistically we have picked up a lot of points and we are playing better than it suggests, so we’ve got to keep on that wave.

“We can’t be too down and we have to just keep going. We are a confident team who are bottom of the league. It’s a strange concept but that side is out of our hands.

“We’ve just got to keep performing, keep doing the things that the manager and coaching staff want us to do and hopefully we will keep picking up points and climb up the table.”