Wayne Rooney believes Luke Plange has the tools to offer Derby County a different option at the top end of the pitch.

The 19-year-old striker recently stepped up to the first-team squad after an impressive season to date for the Rams’ Under-23s.

Plange linked up with Pat Lyons’ Under-23s in the summer, following an impressive trial towards the back end of last season, after parting company with Arsenal.

Injuries to Sam Baldock and Jack Stretton of late have seen Plange come onto Rooney’s radar with Colin Kazim-Richards, who recently returned from a significant achilles injury, as the only other recognised striker in the squad.

Plange has scored six goals in ten Premier League 2 - Division 1 outings for Derby’s Under-23s this term, as well as weighing in with three assists and playing a key role in their six-match unbeaten run to climb out of the relegation zone. 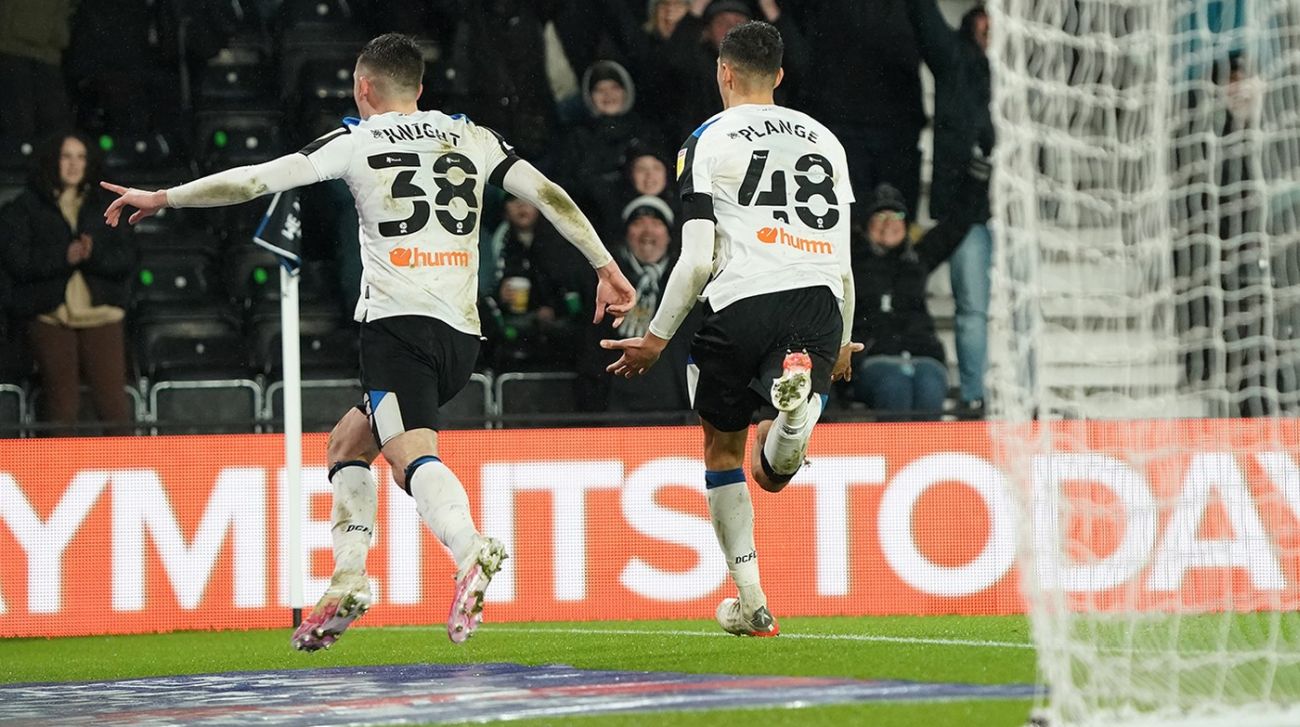 The frontman took his fine form onto the first-team stage last weekend as he scored the only goal of the game in the 1-0 home win over Blackpool on his first-ever career start.

While there’s still a long way to go in terms of his development as a player, Rooney believes Plange has several attributes that offer encouragement for the future.

“It’s what we expected really,” Rooney told RamsTV prior to Saturday’s game at Cardiff City being postponed on Thursday afternoon. “Luke Plange has a bit of everything in his game.

“He can run in behind teams, he’s quick and he is also strong enough to hold the ball up. As well as that, he’s a clever player and also a finisher.

“With players like that, you know that if they get a chance that they are more than likely going to score.

“His goal against Blackpool was one he couldn’t miss but it was pleasing to see him in that position in the first place.

“People will say it’s lucky the ball fell to him, but it’s about anticipating where the ball is going to go and Luke did that.”

Teenagers Liam Thompson, Eiran Cashin, Dylan Williams and Osazee Aghatise, as well as Plange, have all been rewarded for their fine form at Academy level to make their senior bows this season.

In addition, Rooney also handed professional debuts to Festy Ebosele, Louie Watson, Kornell McDonald and Jack Stretton during the 2020/21 season and they’ve remained part of his plans this time around.

It is once again testament to the club’s youth set-up, under the tutelage of Academy Director Darren Wassall, that so many players are following the pathway to the first-team set-up.

Rooney said: “Luke has stepped up from the Under-23s, but he isn’t the only one.

“We’ve seen several individuals step up, make their debuts and be important for us in the squad.

“From the Academy’s point of view, it is very pleasing and they are doing really well.”