Goalscorer Louie Sibley could not hide his delight at full time as his 90th minute strike secured all three points for Derby County against Peterborough United at Pride Park Stadium on Saturday. 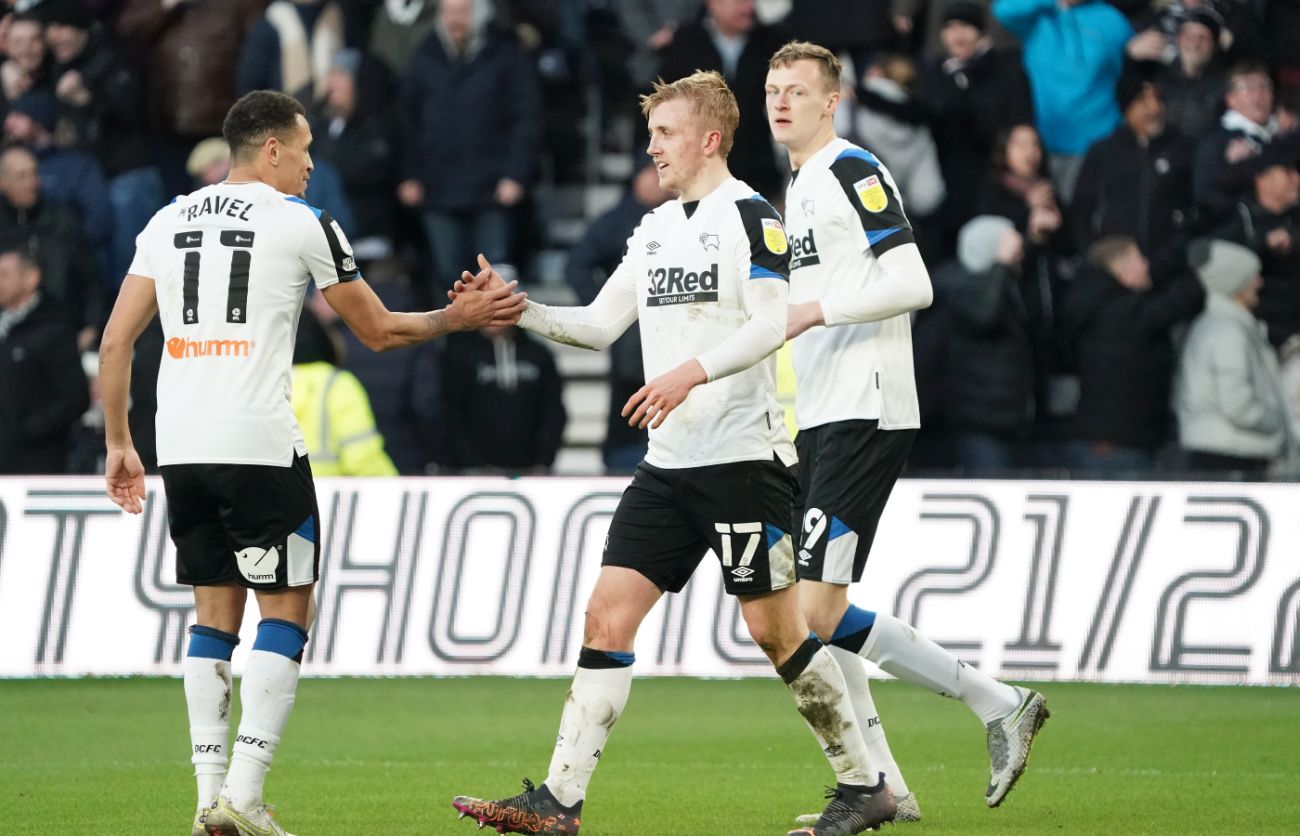 The Rams’ Academy graduate fired home from the edge of the box to score his first league goal of the campaign as the Derby leapfrogged their opponents in the Sky Bet Championship table to move up to 22nd position following the 1-0 victory.

Sibley came on as a second half substitute for the Rams against Posh, who were both reduced to 10-men following the dismissals of Hayden Coulson and Tom Lawrence.

Coulson was dismissed for two bookable offences in the first half, whilst Lawrence was shown a straight red card for a strong challenge on Peterborough’s Nathan Thompson.

The Rams always controlled the encounter against Posh, but struggled to make the breakthrough. However, in the first minute of additional time, Sibley was allowed time and space to shoot from 20 yards and his effort found the bottom corner to secure all three points.

“Honestly, it’s amazing,” he admitted, chatting to RamsTV after the game. “It was good play from the team to work up to the point where I could shoot. I’ve been told as soon as I get on the edge of the box to have a go and that’s what I did. Everybody saw my reaction after and it was honestly amazing to score that goal.

“It was the same message for me from the manager, which was to come on and try and get the winner - and that’s what I did.

“Everybody knows what it means to me to play for Derby County so, honestly, it’s amazing. The most important thing is to get the three points, everyone is sticking together and it’s good to see.

“Everybody knows that I want to play football and when you get chances you have to prove to people what you can do. The gaffer and all the first team staff have been amazing with me.

“They know how frustrated I’ve been and when I drop down to the Under-23s you still have to perform and play with a smile on your face.

“Nothing has changed for me but you have to keep going and hopefully I can now get more minutes now." 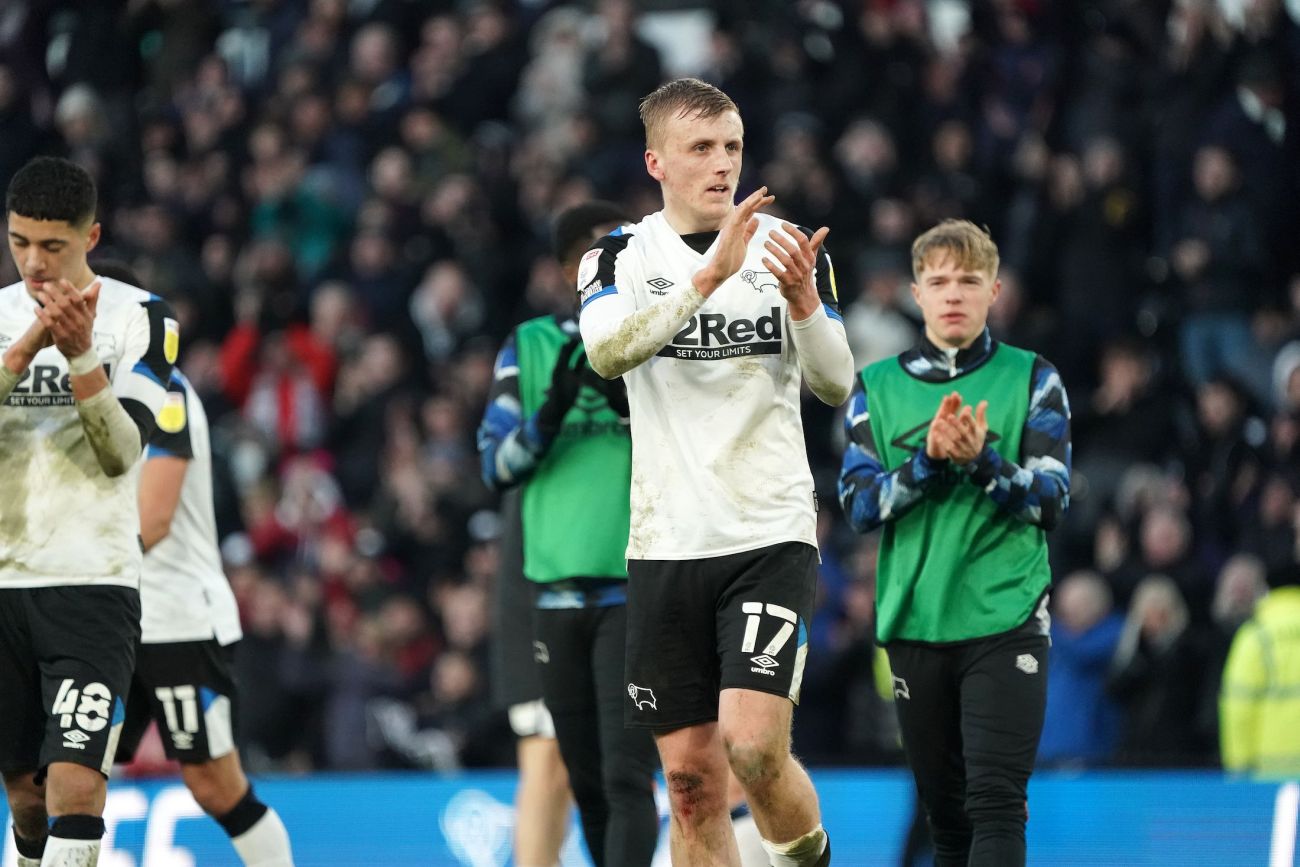 The attacking midfielder was introduced into the action on 71 minutes in place of left back Craig Forsyth, as manager Wayne Rooney chased a vital victory.

He almost opened the scoring with his first touch of the game as he met a Jason Knight cross but fired wide, whilst his direct play caused issue for the Posh defenders.

“It was great work from Knighty and I was unlucky there,” he said. “As I’ve said before, I’ve not played too much this season and every chance I get, I have to take it.

“I don’t want to get carried away but it’s a nice feeling. I just want to keep playing, keep performing and hopefully I can carry on doing that. We are working for each other in the team and when you go to the Academy, you can see how everyone is sticking together too.

“With the fans, it’s been a tough time for everyone but I think the whole club is sticking together and it’s amazing to see.

“We know there is a fighting chance. We can finally see that if we keep getting results then we can work our way up. It’s great for the fans and hopefully this club can move forward.” 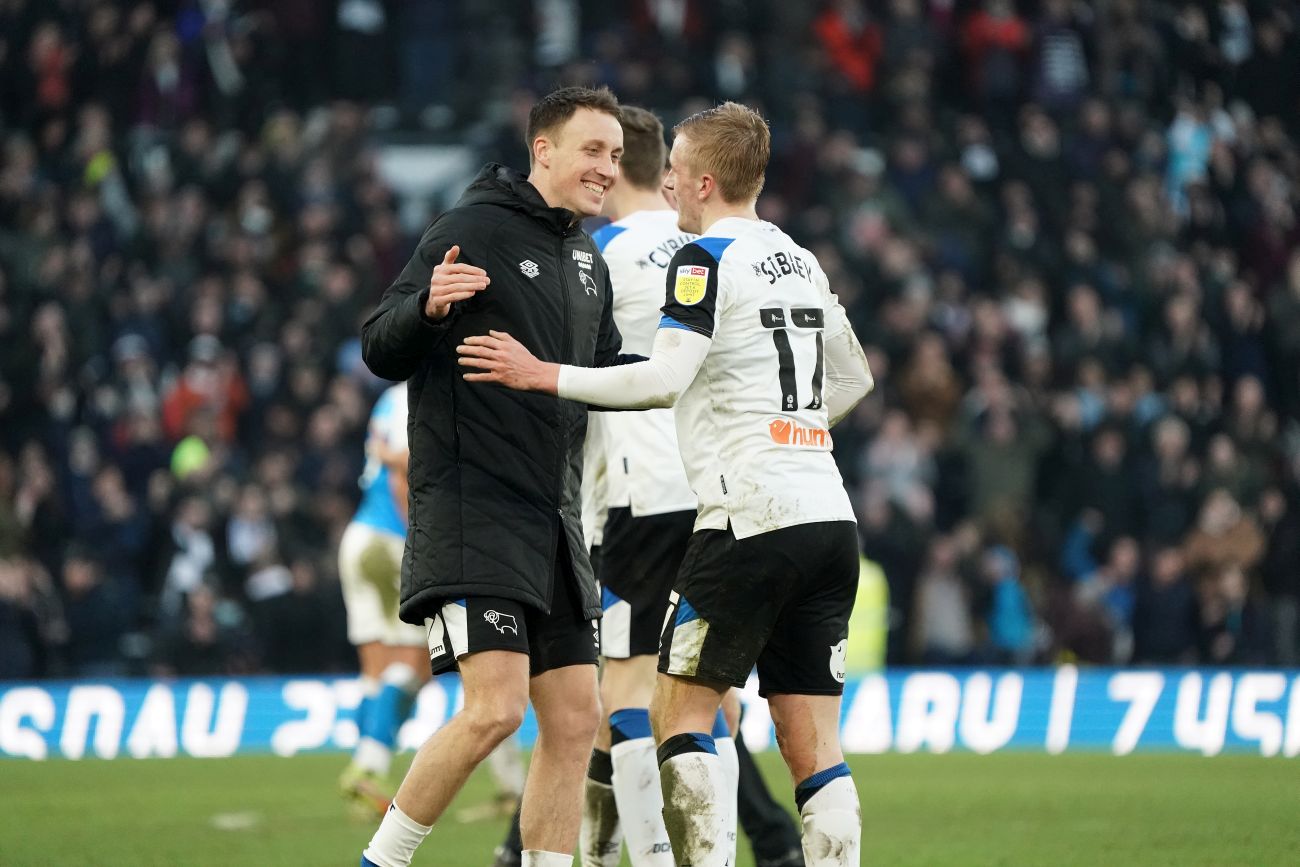 Another Rams Academy graduate made his full debut for the Rams against Posh as Eiran Cashin put in a Man-of-the-Match display in defence.

Both Sibley and Cashin have risen through the same youth ranks and the goalscorer was delighted for his team-mate to get a start.

“We call him Slabhead!” he laughed. “He deserved that today with how well he’s training and how well he’s done, he definitely deserves it.

“We’ve been training together since the Under-8s so it’s always good to see when you see a player like that come through and I thought he played really well today and deserved it.”