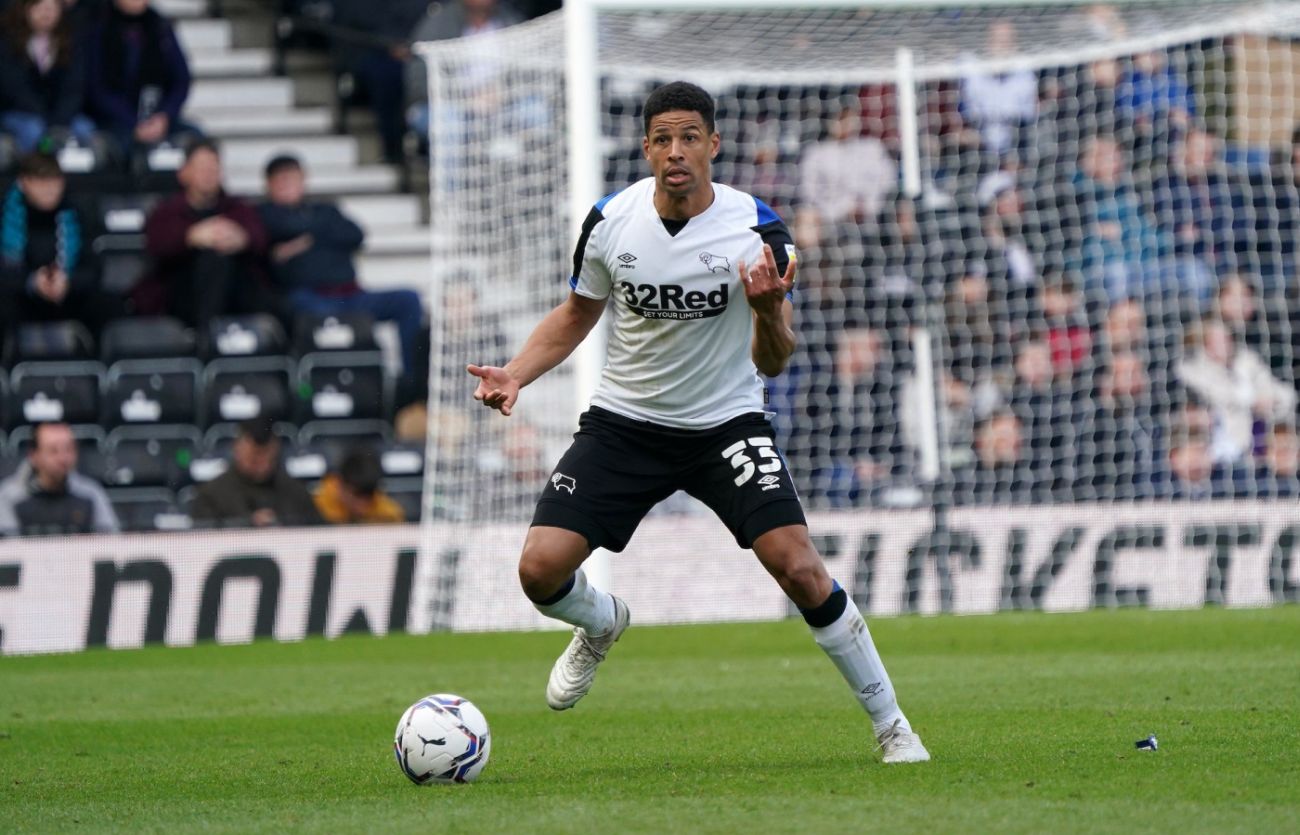 The Rams left it late to record all three points at Pride Park Stadium as a late strike from Ravel Morrison, his fourth goal in five games, secured victory.

Both sides had earlier been reduced to 10-men as Preston North End defender Liam Lindsay and Rams midfielder Max Bird were given straight red cards.

But Derby continued to fight until the end as they dominated and probed throughout and were eventually rewarded with the winner.

And Davies, who put in a solid performance alongside young defender Eiran Cashin, knows that three points is the most important thing as Derby bid to avoid relegation from the Championship.

“I’m relived!” he admitted, chatting to RamsTV following the game. “Happy, obviously, because three points was massive today. We were going to have to go for it whatever happened.

“We know we needed to gain some points back but I think it’s what we deserved over the two games that we’ve played against Preston.

“I know it’s two different managers but we absolutely dominated both games and if both games ended 0-0 then it would have been a travesty.

“There goes Ravel keeping up his purple patch because that’s what we deserved today. He was slightly disappointed not to be playing but that’s because he went away and played three games for his country.

“He went away and understood it but he knew when he came on he would have to make an impact.

“That’s what he did. It’s another great finish and long may it continue because if he keeps popping in the goals it’s going to keep us in this league.”

Lindsay received his marching orders on the half hour mark after a last-man challenge on Tom Lawrence, whilst Bird’s strong challenge on Ben Whiteman also saw him dismissed ten minutes into the second half.

“I thought the first one was obvious,” Davies said. “At close view, I thought it was harsh but having seen it back, I can see why the referee has given it.

“Ultimately when you have given one for the other team, it’s easier for the referee to give it for our team so he evened it up.

“I think, if anything, it helped us. They didn’t sit behind the ball as much as they were when it was 11v10 and it opened up the places for us to play.

“We looked like the only team that was going to win but also the team that wanted to win.” 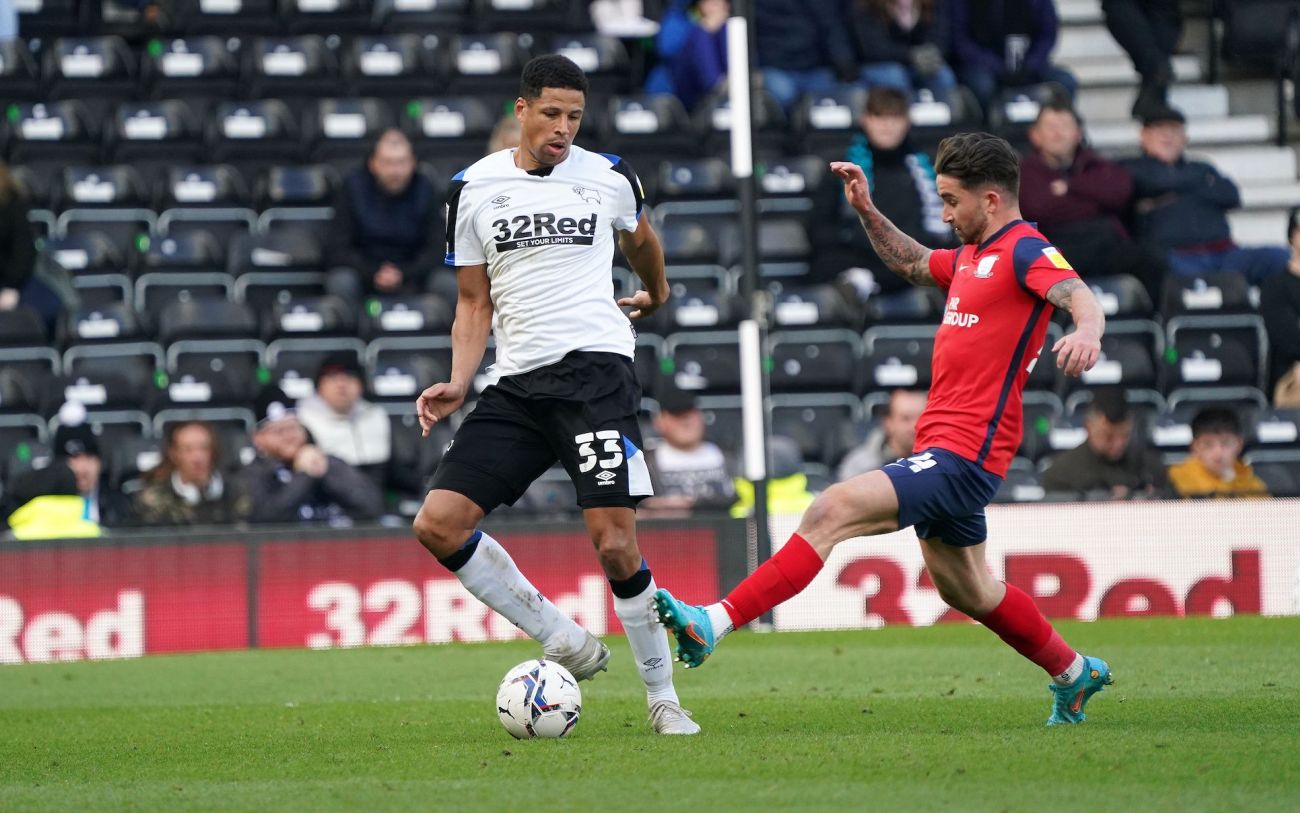 The win now gives the Rams renewed hope that they can avoid the drop into Sky Bet League One with six games of the season remaining.

They sit six points behind Reading who occupy the place above the relegation places and head to Swansea next weekend looking to close the gap further.

“All we can do is win,” he commented. “Come next weekend, if it’s 0-0, we have to keep striving to get that goal because it’s on us to get results.

“We can’t worry about what is going on elsewhere if we don’t do it ourselves so it’s for us to try and get the wins and try and put a run together.

“Putting a run together at this time is vital and it will go a long way to keeping us in this league.”