For Derby County supporters of a certain age, Malcolm Christie was their hero. After all, he scored some valuable goals for the Rams in the Premier League. Global superstar Niall Horan was in awe of the striker as a youngster, as were others during that generation. And now the former Rams striker has decided to lift the lid on his career by writing his autobiography titled, ‘Malcolm Christie: The Reality of the Dream’ which is set to launch in June. 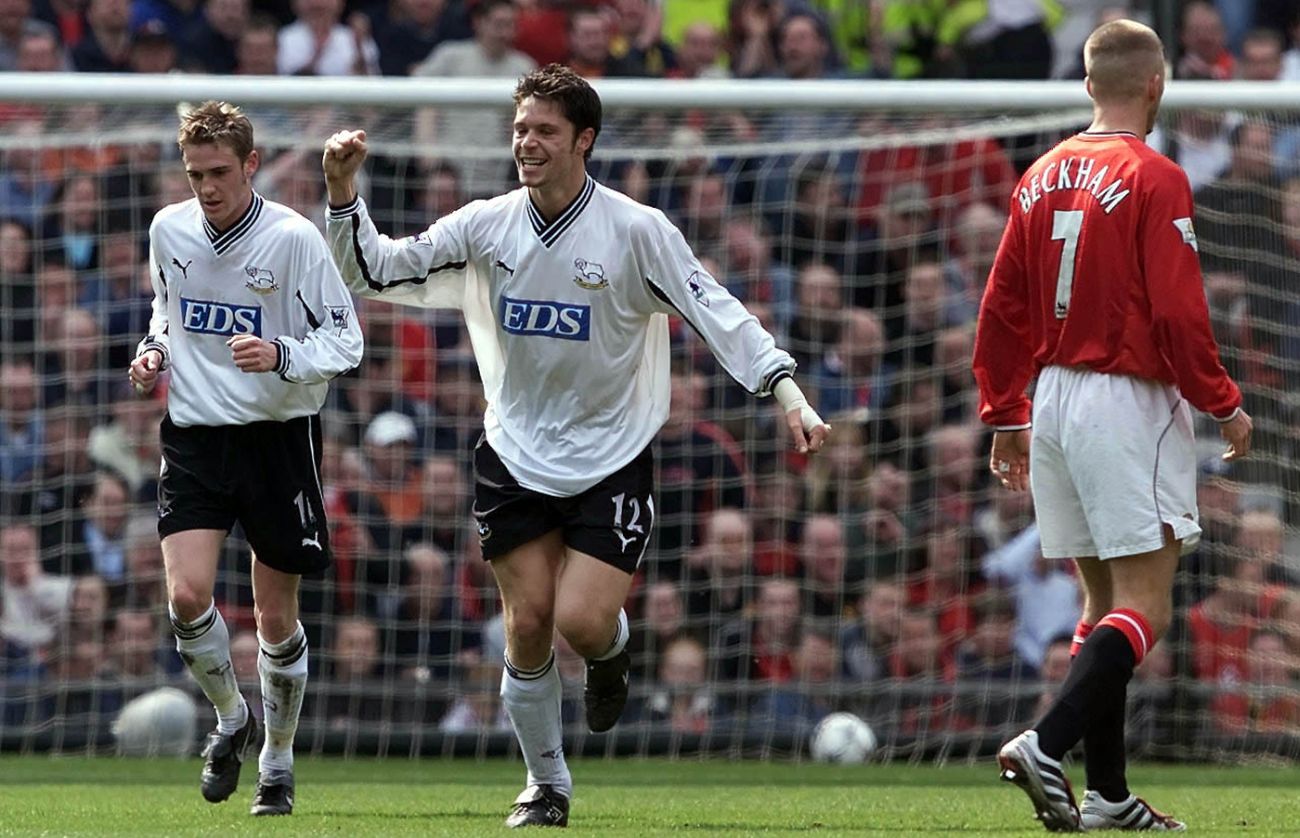 It is truly a rags to riches story. From an unknown quantity at 19-years-of-age to becoming a Premier League striker in the space of two years, Christie was riding the crest of a wave. He was scoring goals, providing assists and was in the form of his life. His most memorable goal, of course, came at Old Trafford against Manchester United in a 1-0 win to keep Derby in the Premier League in 2001.

But, with Derby in financial difficulty following relegation to the second tier in the early 2000s, he left the club in February 2003. He, along with Chris Riggott, joined Middlesbrough, but what should have been a promising move for the striker turned into somewhat of a nightmare. A succession of injuries hampered his playing time and after joining the club as one of England’s brightest talents, he soon had to call time on his career prematurely.

The Reality of the Dream chronicles the amazing story of Christie's journey to become the only person in history to go straight from non-league to scoring in the Premier League and representing his country without ever joining a professional academy. Sad, funny and often emotional, his unique tale provides a brutally honest insight into the reality of life a footballer, an injured footballer and worse - a retired footballer.

Christie explained to RamsTV: “I was approached by the publisher to write the book. It was quite funny because coming up the way I did in football and the unique path of me getting into professional football as I did, my mum always used to say that my story would make a good book. She said that numerous times throughout my career.

“For a long time after retiring, I didn’t want to talk about football. But, what the book gives you is an opportunity to realise what my story is from a retired footballer’s point of view and how I struggled massively from retirement up until rediscovering my love of football. I believe everyone who picks up the book and reads it will be able to take something from it.” 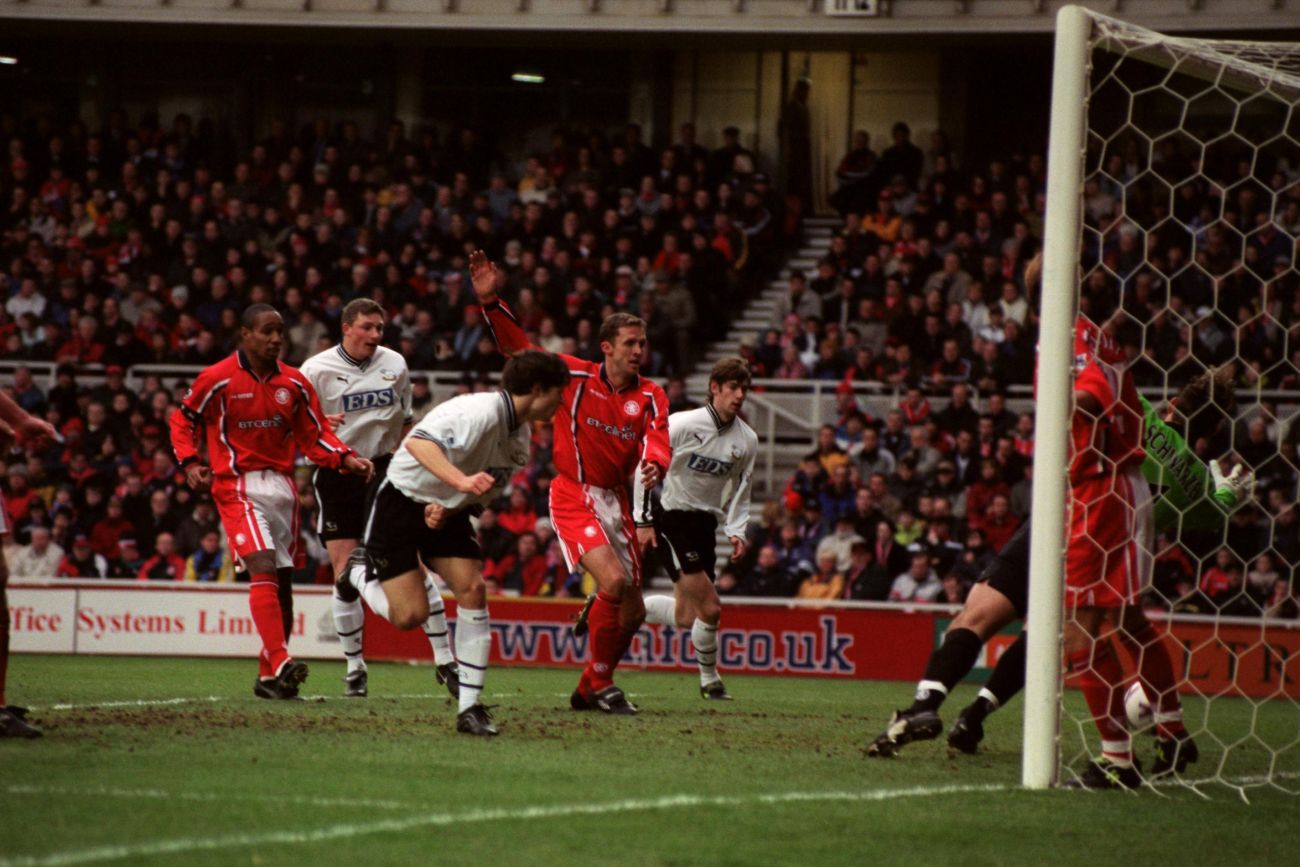 But how hard is writing a book?

“You’ve got to have a good memory!” he smiled. “The book does have its dark moments with my injuries, but I tried to make it as light hearted as I can. There has been so much happen in my life and it’s not just about my football life; it’s my life. It’s a bit of a cliché because it’s my autobiography but I don’t want people to pick the book up and think it goes from game to game, because it doesn’t. It explains how I got into football, the unique nature of that and all the little moments.

“I had to sit down and make notes a lot. I picked the funny moments but there is a bit of everything in there. The one thing for me when I went on holiday every year, I used to go in a book shop and pick up a footballer’s autobiography and read it whilst I was away. I used to enjoy doing that. I won’t be taking my book away with me on holiday because that would be really weird, but it would be nice to think that people might go away during the summer and take my book away and read my story.” 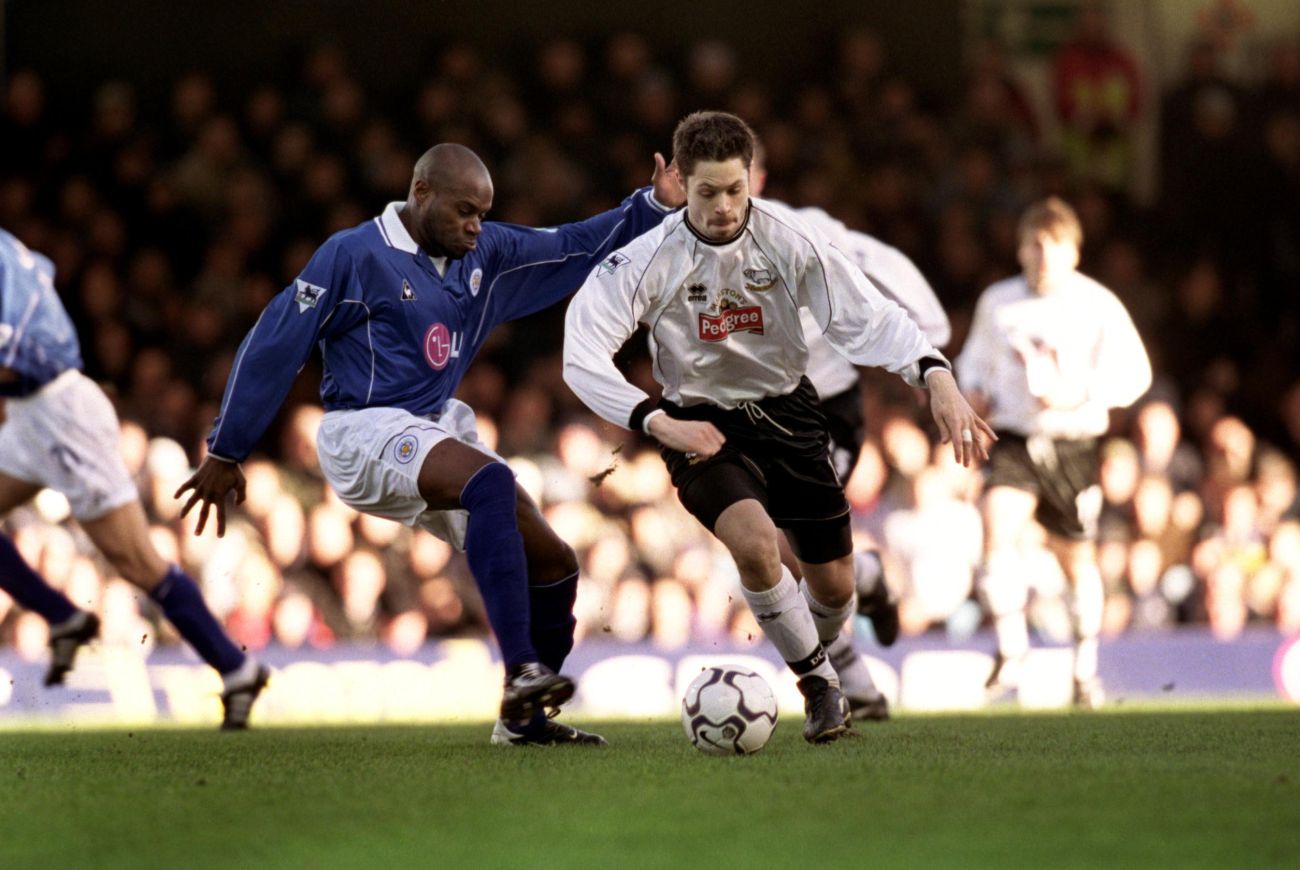 And it’s some story, too. Rejected by his hometown club Peterborough United and working at Somerfield supermarket, playing amateur football at 19, Christie thought the moment had passed him by. But dreams do come true. Just months after he was stacking shelves, he was playing for Derby County in the Premier League.

Following his big money move to Middlesbrough, his career took an unexpected turn as injuries prevented his game-time and eventually led him to an early retirement. He briefly flirted with a return after signing for Leeds United, but after the injuries reoccurred, he called time on his career in 2009. Those early days following retirement were difficult.

“I couldn’t watch a video of myself a number of years after I retired from football,” he admitted. “It’s hard to explain but watching myself back, it’s like someone else did that. My life took a huge U-turn when I retired and was nothing to do with football. When people wanted to talk to me about my career, I didn’t want to talk about it. It was like I was talking about someone in the third person but it wasn’t me.” 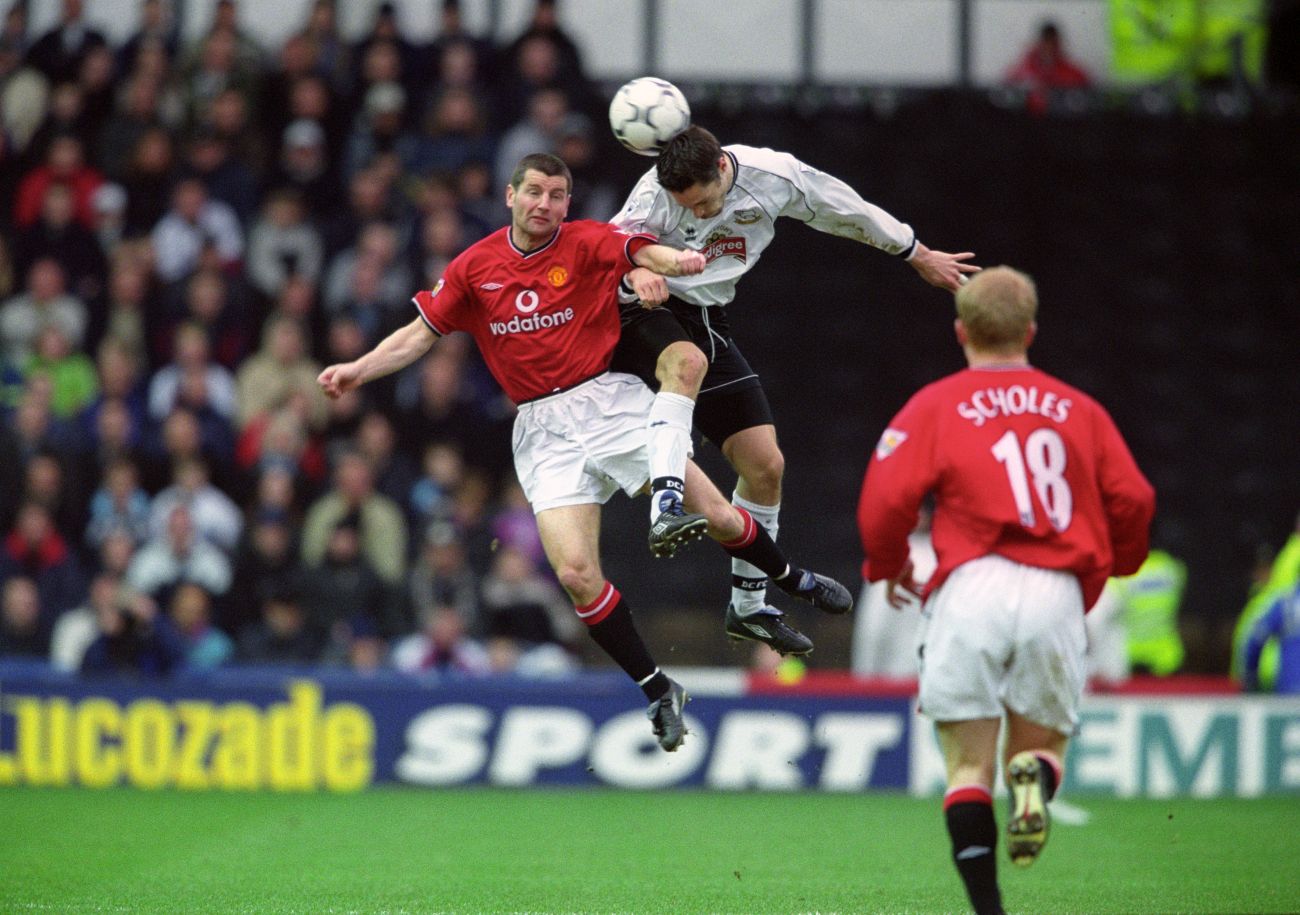 Gradually, over the years, he has started to look back and reminisce. His children have helped in that process. One of his sons is currently in the Academy system at AFC Bournemouth and as time goes by his love of the game comes back stronger.

“The great thing my parents did, and do it to this day, is that they kept every single newspaper clipping,” he said. “From my youth team, all the way through to representing Derby, Middlesbrough and England, my dad has ten encyclopaedias of my life and career! They have got them all in a cupboard and when I went back and looked, it brought back so many emotions. It’s helped me massively doing the autobiography. 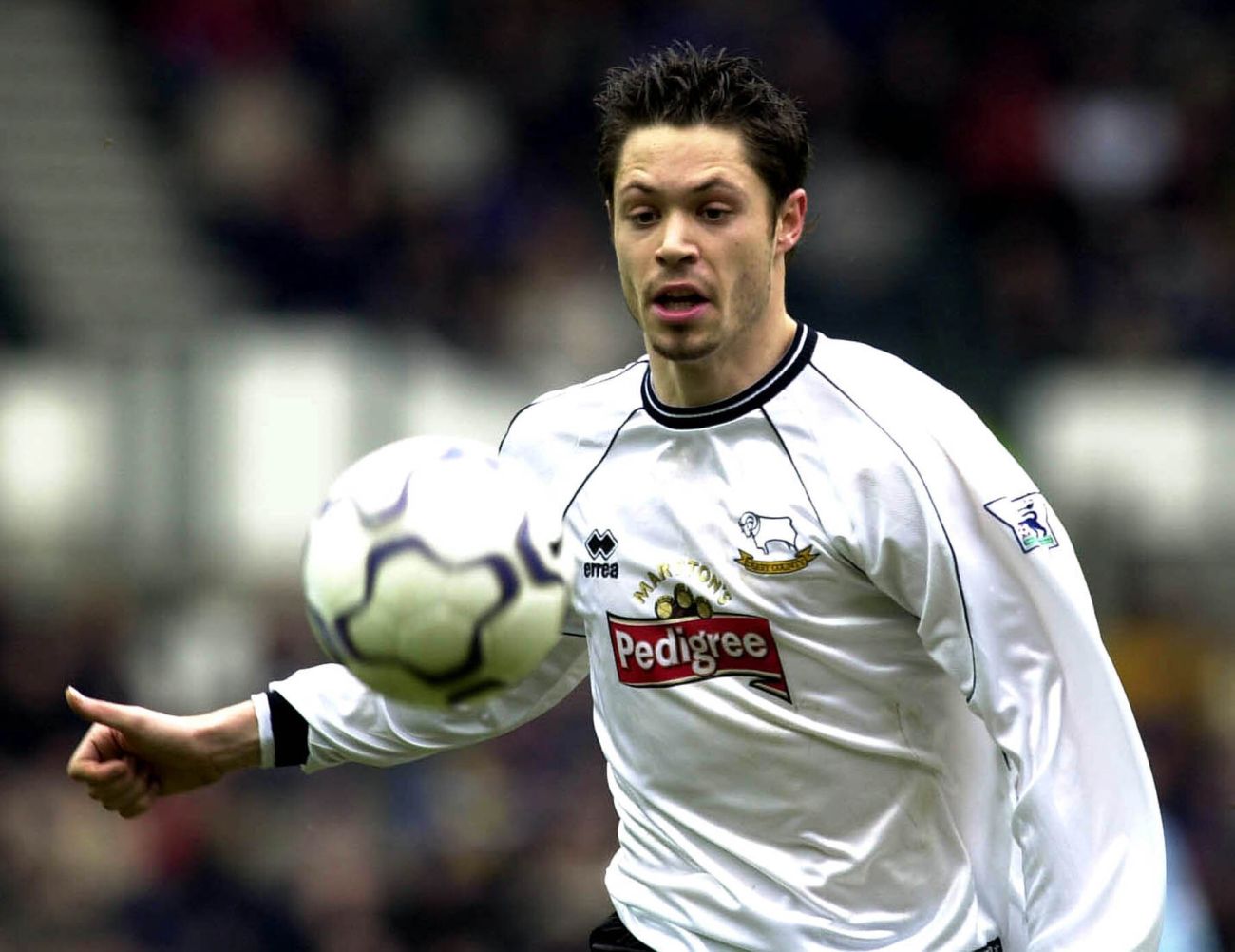 “To go back and reflect has helped me with my mental health because I couldn’t look back at my football career and it’s sad to know that. I did achieve my boyhood dream and that’s why the book is called ‘The Reality of the Dream’. My mum and dad were the biggest part of my journey, and they still are now at 43-years-old, and when people read the book that wasn’t always the case throughout my career.

“There were times where my mum and dad didn’t know what I was thinking or feeling. My mum is going to be more emotional about my story than anybody else but I hope it hits people who have family issues, who have had a loss of contact with loved ones and hopefully people who pick the book up will understand that everyone goes through it in some way shape or form. I wanted my story to be about everything and expose myself.

“I cried many tears telling my story to the author. That’s why I say it was therapeutic. There were many fantastic moments of my career with Derby, and Derby fans will know my story whilst I was here, but it all unravelled when I left. The reader should feel the good times and the bad times and I hope because I describe how that affects me mentally and emotionally, I hope they come on the ride with me.” 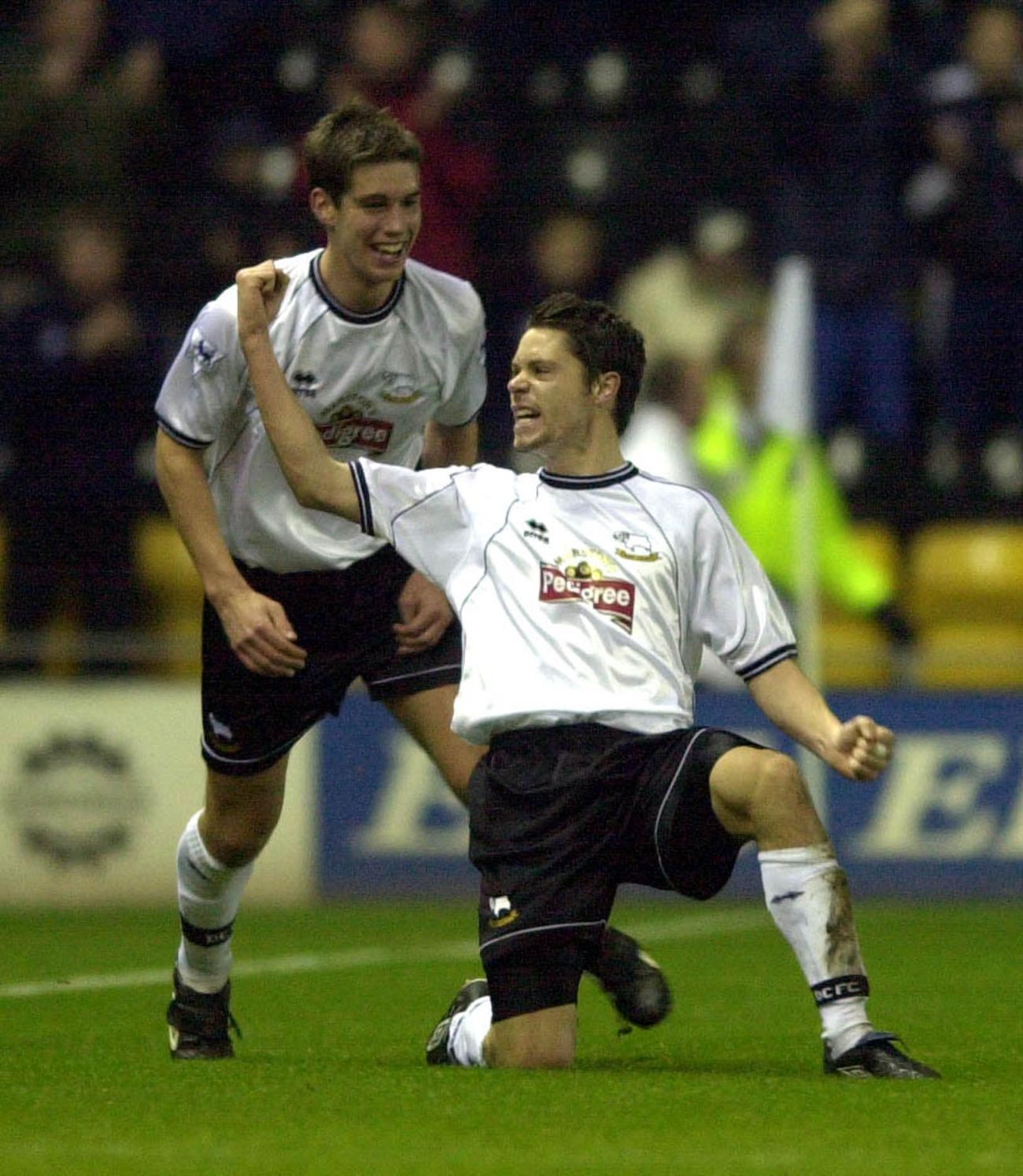 The book is set to launch in June and includes words from three people who helped Christie along in his football journey. Steve Round, who discovered his talents, writes a passage, as does former Derby coach and Middlesbrough manager Steve McClaren who had a huge part to play in his journey. Current England manager, and Christie’s former Middlesbrough team-mate, Gareth Southgate writes the foreword for the book, whilst there is a contribution from somebody who grew up with him as their idol.

“At the start of this journey I’ve been on, I thought, ‘who would I like to contribute?’” he commented. “The three people that stuck out are the three people who have done the foreword. They were Steve Round, Steve McClaren and Gareth Southgate, who I learned a lot from. Niall Horan was a good link to have too because if fans don’t know, there was something which happened in my post career between the two of us - and it was a celebrity name to add to the book.

“He is a big global star and for me to be his hero growing up is a bit weird so I chose those three who had a great influence on my career, and Niall to have a comment. I’m so pleased and grateful to all who took the time to contribute. To have the current England manager to write the opening to the book is fantastic. It’s quite humbling to see what people write about you. People can have an opinion of me as a player but I try to get on with everybody as best I can and to have those say nice words about me was great.” 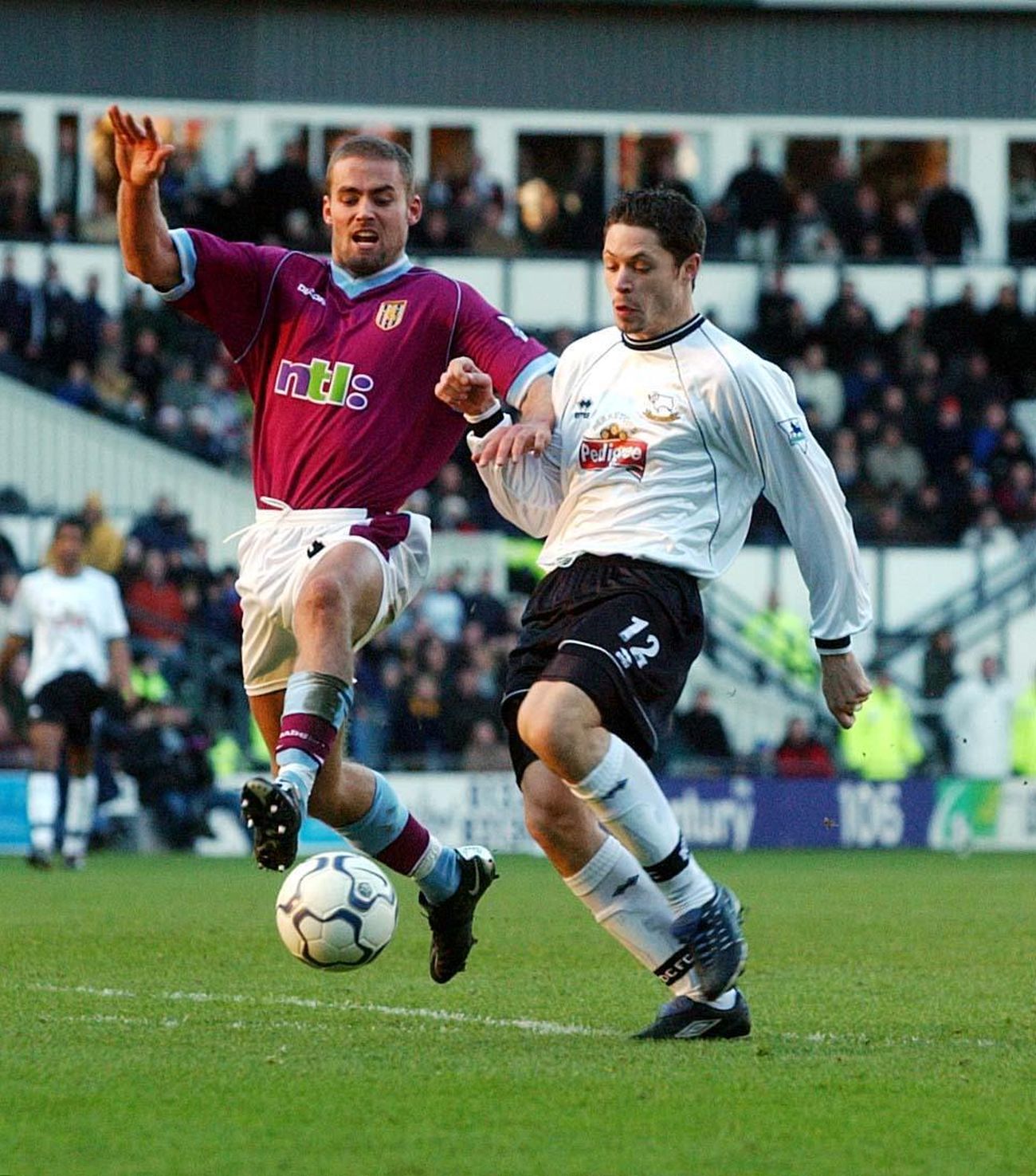 And just to give people a flavour of the book, Christie revealed that there is a story behind one of his most remembered goal.

“My iconic goal was the one at Old Trafford and I look back and reflect back at that time being the highlight of my career,” he explained. “Looking at pictures when I’m celebrating the goal, there is one which appears on the back of the book which is my favourite picture. There is something on me where it reflects to something which happened in the previous week. If you look at the picture, there is something on there which then tells a funny story so you would have to pick the book up and find out what happened!”

Whilst it’s clear the former striker has had his demons over the years, he has rediscovered his love for football. One of his main aims now is to give the game something back. He has recently completed one of his coaching badges and exploring that route, whether it be at Academy level or within a first team set up.

“I didn’t think at 17 or 18 I would be playing in the Premier League two years later, so I’m on that journey again and wherever it goes, it goes,” he said. “I’m determined to make the best of it and I give it my all in doing that.”

‘Malcolm Christie: The Reality of the Dream’ will go on sale next month from all book retailers and supporters are able to order a copy now. All pre-orders, obtained via this link, come signed by Malcolm Christie and will be posted FREE of charge: morganlawrence.co.uk/product/the-reality-of-the-dream. 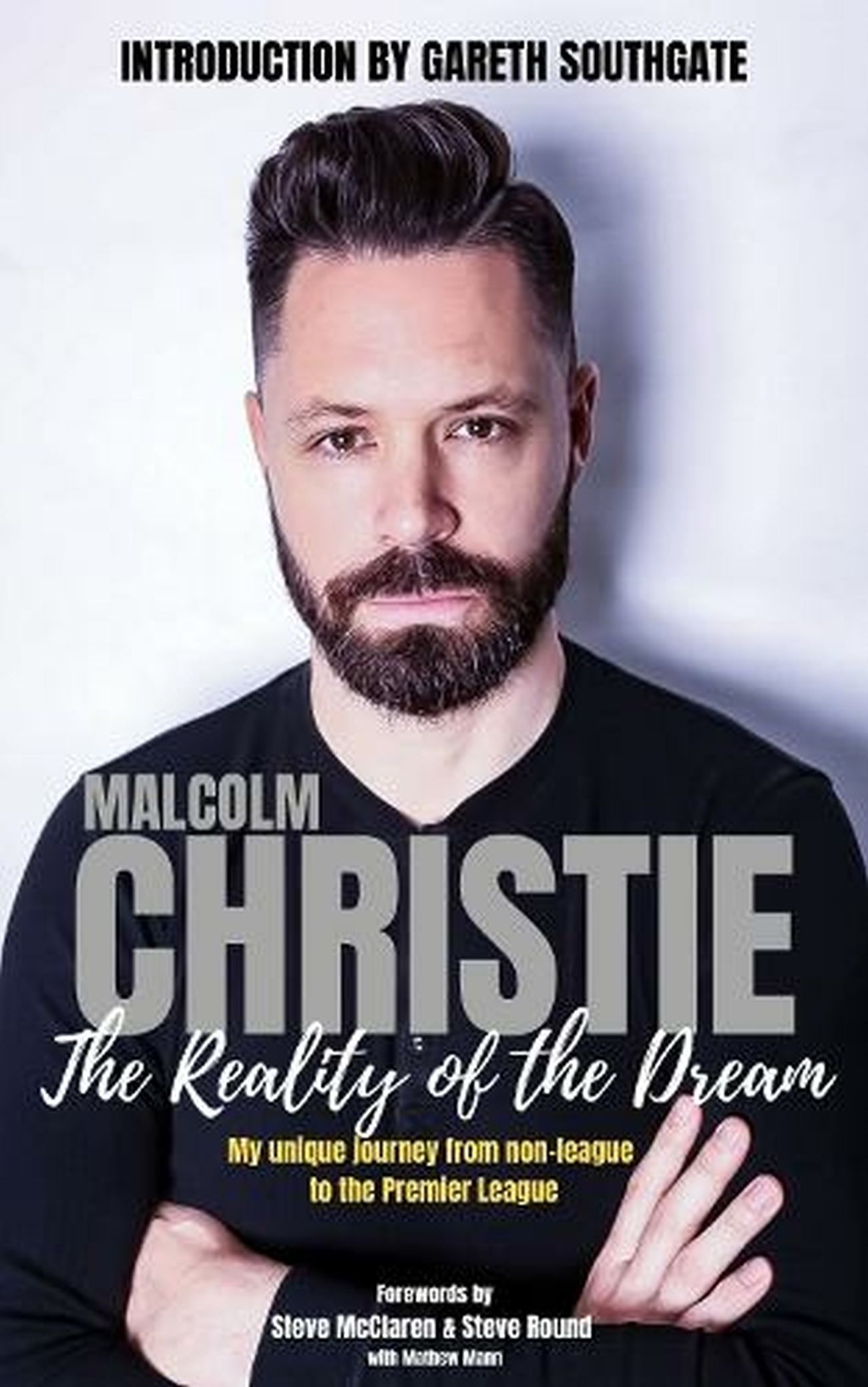