Defender Curtis Davies played every single minute of every game during the 2021/22 campaign and is proud of his achievement after the Rams were beaten by Cardiff City at Pride Park Stadium. 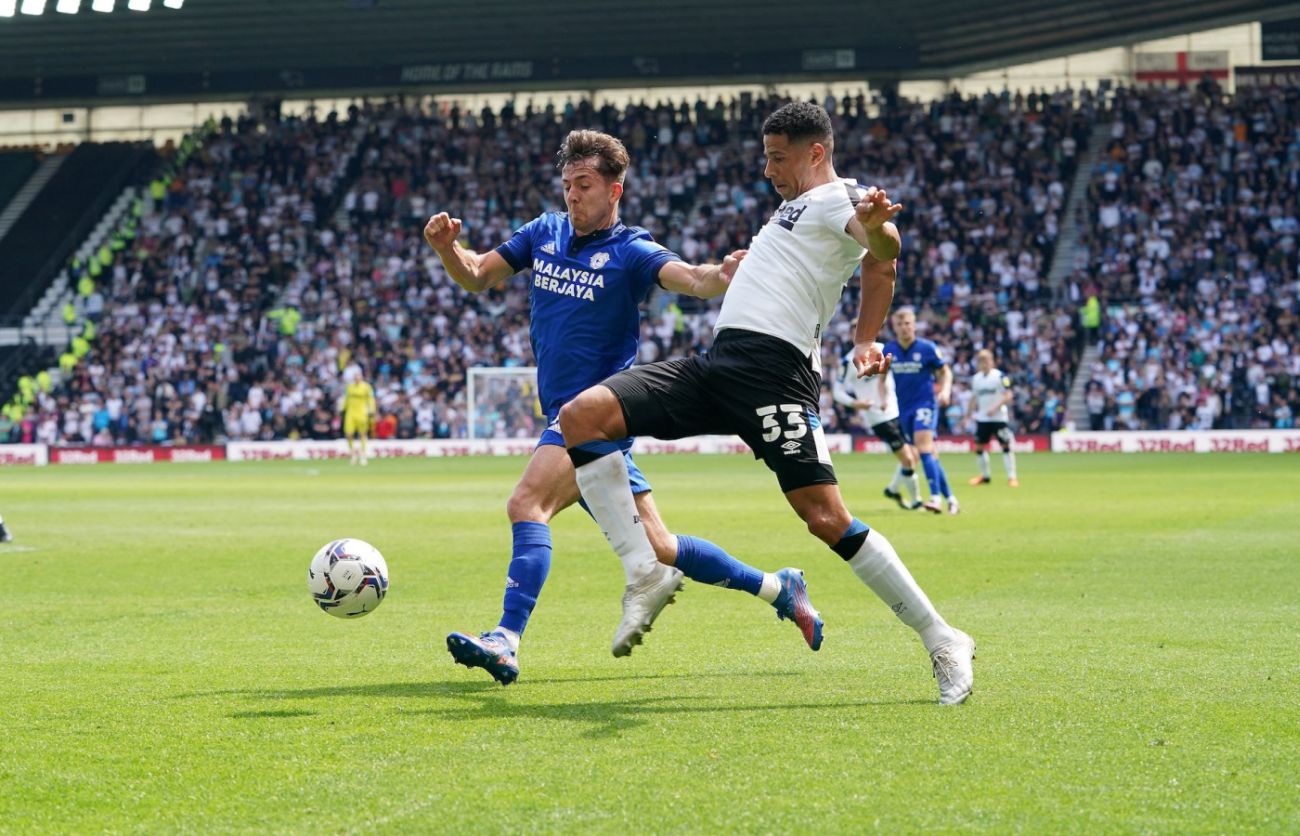 Jordan Hugill’s only goal of the game ensured the visitors secured all three points as Derby ended the Sky Bet Championship season with defeat, however, they can look back on the campaign with pride.

The Rams have battled against adversity all season and have fought bravely in their pursuit to stay in the division. Ultimately, they fell just short, but with the backing of supporters, who have seen the hard work and effort put in, a connection has been formed which will stand the club in good stead next season.

For Davies, it’s been an incredible personal journey over the past 18 months. The defender, who injured his achillies in December 2020 against Brentford, signed a waiver to ensure he could play against Sheffield Wednesday in the final game of the 2020/21 season.

And this season, he has achieved what he thought was unthinkable during that night in West London 18 months ago, as he completed the season playing every minute of every game.

“I’m feeling good,” he told RamsTV. “It’s a strange feeling, especially off the back of the interview I did this time last year having stayed up on the last day of the season, coming back from an injury, I wouldn’t know if I would be here or how many games I could play for the club so to come back and play all 46 games and every minute is a great achievement.

“The achievement which we wanted was to stay up, which we didn’t do, but I can take pride in coming back from that Achillies at my age and playing all 46 games, I’m pleased to finish the season.

“I don’t really pick up niggles, it’s been a few Achillies in my time at Derby so I believe once I was in the rhythm I would be okay. You might get kicked, you might get elbowed or stamped, or you might lose form or the manager changes you but I was able to avoid all of those things and keep myself right.

“I think that’s the way we train, the manager looks after the players knowing we had a small squad and with the older players, he gives you a lot of rest and it works for me but the main thing is to do that again next year.” 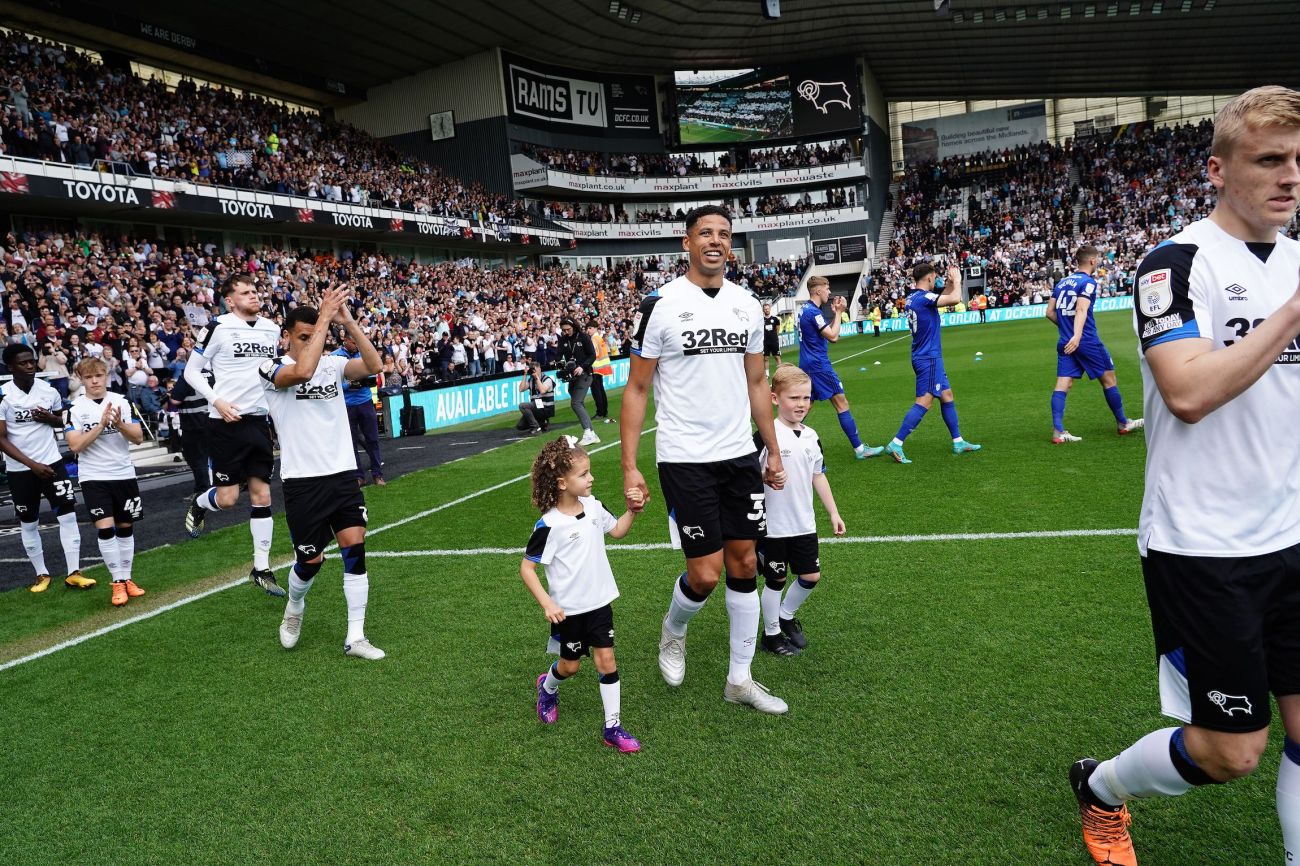 He, along with the rest of the squad, received a standing ovation from all four sides of the stadium following the game as they took part in a lap of appreciation.

It allowed the players the chance to thank the supporters for their incredible support during the campaign and Davies knows how important their support has been this season.

“End of the season, relegated and it’s another game against Cardiff where we dominated and got beat 1-0 but everyone is here,” he said. 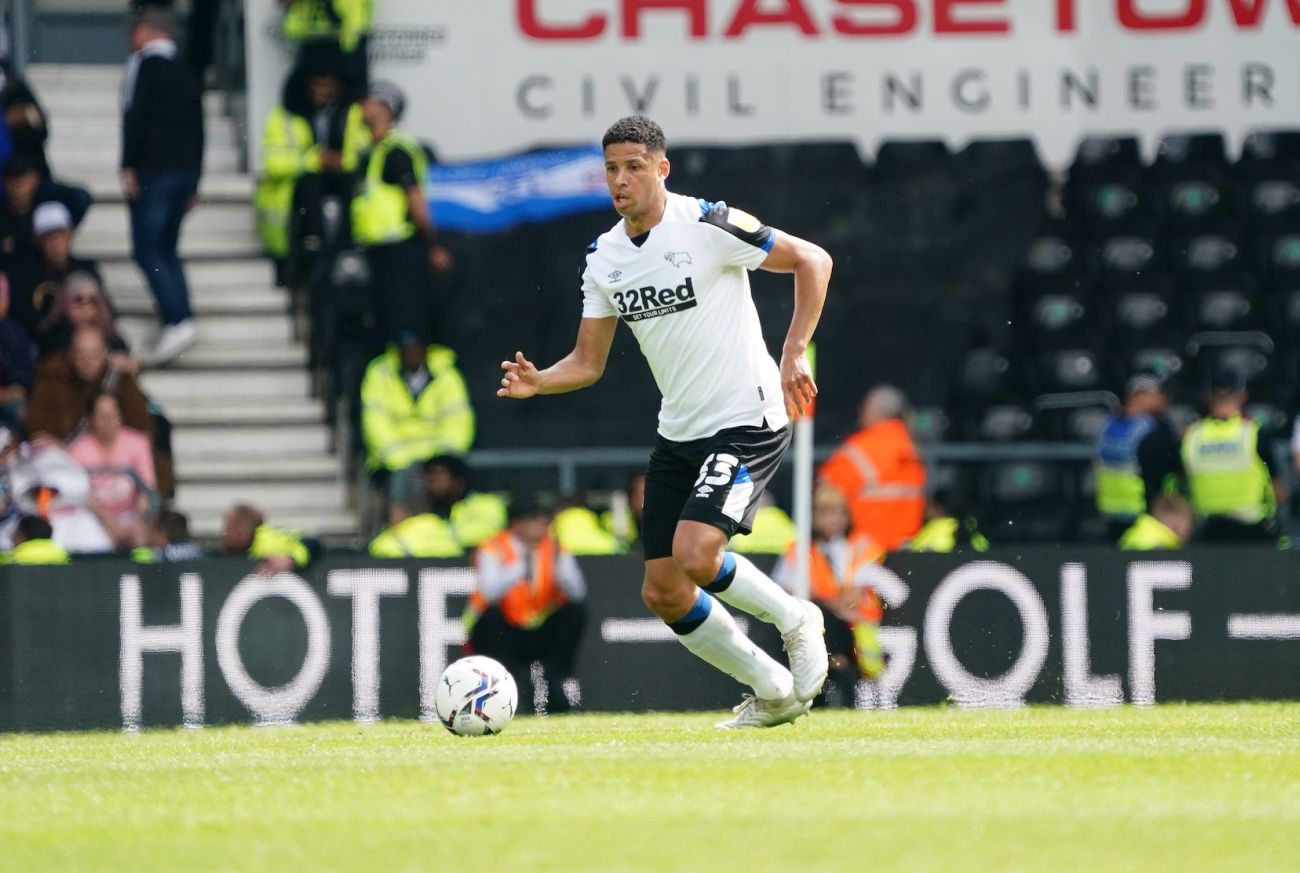 “That’s been in every game, they have been there in their numbers and loud and vocal and it’s an amazing feeling to have that.

“We wish we could have given them a little bit more but we will hope to repay that next year with getting them promotion back to this league.”