The defeat saw the young Rams' eight-game unbeaten run at home come to an end. Goals either side of half-time had put Wolves ahead before a late strike by Ola Ibrahim pulled one back, but it only became a consolation goal.

Robinson said: "It's a disappointing end; I thought the game kind of fizzled out a little bit until we scored.

"I felt we lacked a little bit of urgency at 2-0. If we really upped our game, I felt we could have gotten back into it a little earlier and given ourselves more of a chance of getting something from the game."

The Under-18s controlled the game for extended periods but failed to create many chances to trouble the Wolves backline.

"We kept possession for long periods without really hurting them, and it was the same against Man United last week,” Robinson continued.

"We need to take the opportunities to play forwards and hurt them rather than just let them regain their shape.

"It's something we are working on, and it's a little bit of being worried about taking risks and then thinking about the turnover and being a little bit open.

"We've said to the boys, we allow them to take those risks as long as they're making the right decisions more often than not, there's nothing wrong with that, so I think we just need to be a little braver with the ball.” 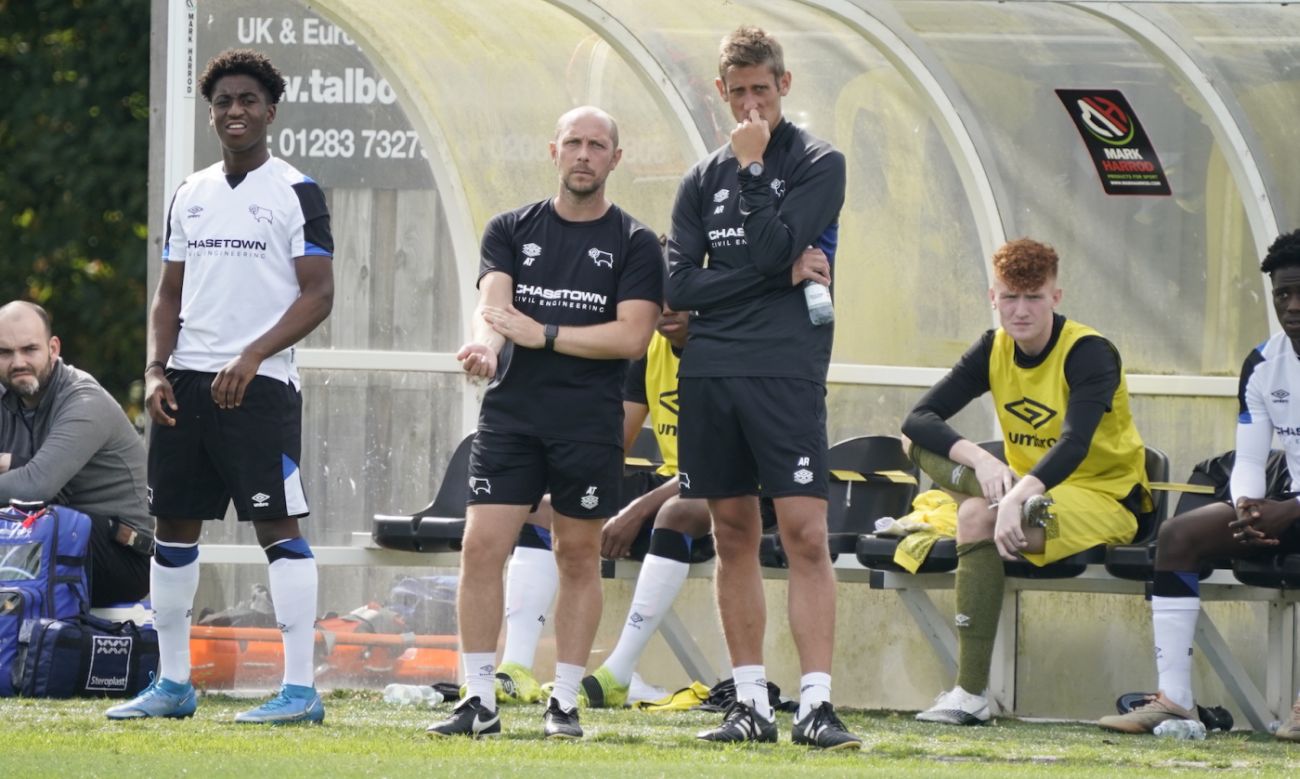 The young Rams face Burnley on Saturday in their final game of the season, and Robinson has identified what his side needs to do more to gain success.

"We need to get in their box more; we need to put the ball in the box more,” he said.

"One of the things we looked at today was crosses, and I think we got two in, so we need to get there more often by being brave from the back.

"Also, when we get into those areas, we need to put the ball in the box and get opportunities because I don't think the keeper had much to do today.

"We just said to all the attacking players that we need more end product. You can have a big influence in the game, but you need to have an outcome."

Despite the defeat, Robinson was impressed by individual performances, including Jayden Davidson, who made his Under-18s debut.

"Callum (Niven) has come in, and he worked really hard today; he'll have another opportunity with us on Saturday against Burnley, so we'll see how he does then,” Robinson added.

"I thought Jayden Davidson, who made his first start for us, he's an Under-16s player; I thought he did really well out wide.

"Alfie (Roberts) made a few good stops; we're asking a lot of him at the moment with the ball, we're asking him to start the attacks a little bit similar to the first team are putting a lot of pressure on their goalkeeper."

Robinson expects a similar squad to be available for the final game of the young Rams season.

"Everyone will be involved, quite a similar group, I imagine,” he concluded.

"Cian played half an hour for the Under-23s last night, so we had to be careful with him because he's had a few problems.

"But when you're playing a lot of games in a short space of time, it's a bit of a squad game; we'll look at how everyone comes back on Thursday and then prepare for the game."