Winger Malcolm Ebiowei is to leave Derby County at the end of his contract later this month.

The 18-year-old has agreed to sign for Premier League side Crystal Palace from 1st July 2022.

Derby made an attractive and competitive long-term offer to Ebiowei to retain his services, particularly as he was viewed as a key player moving forward, and as such the Rams will be entitled to compensation although the two clubs are yet to agree on a fee.

Ebiowei joined Derby from Scottish giants Rangers last September and, after performing superbly for Adam Robinson’s Under-18s, he was called up to the first team squad in early stages of 2022.

He made his senior debut as a substitute in Derby’s 3-1 home win over Hull City in February, while his first start came in a 2-0 success over Barnsley at Pride Park Stadium the following month.

From that point, Ebiowei remained a regular in the side and he impressed with some lively performances. 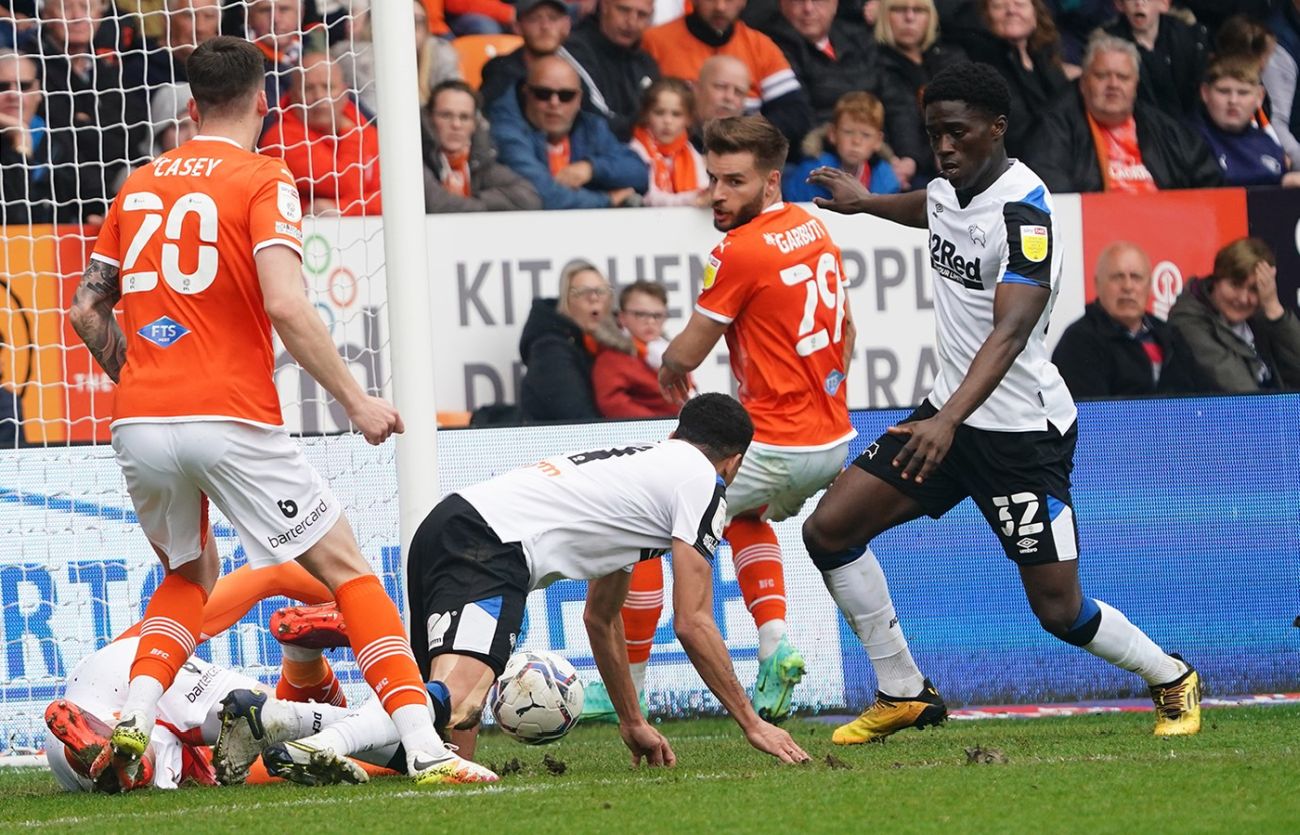 He went on to score his first career goal in the Rams’ 2-0 victory at Blackpool in April and the former Arsenal youngster ended the campaign with 16 appearances to his name in the Championship.

Derby County would like to place on record its thanks to Malcolm for his efforts and wish him every success in the future.