Goalkeeper Joe Wildsmith became Derby County’s second summer signing on Saturday as he penned a two-year contract with the club ahead of the 2022/23 Sky Bet League One campaign. 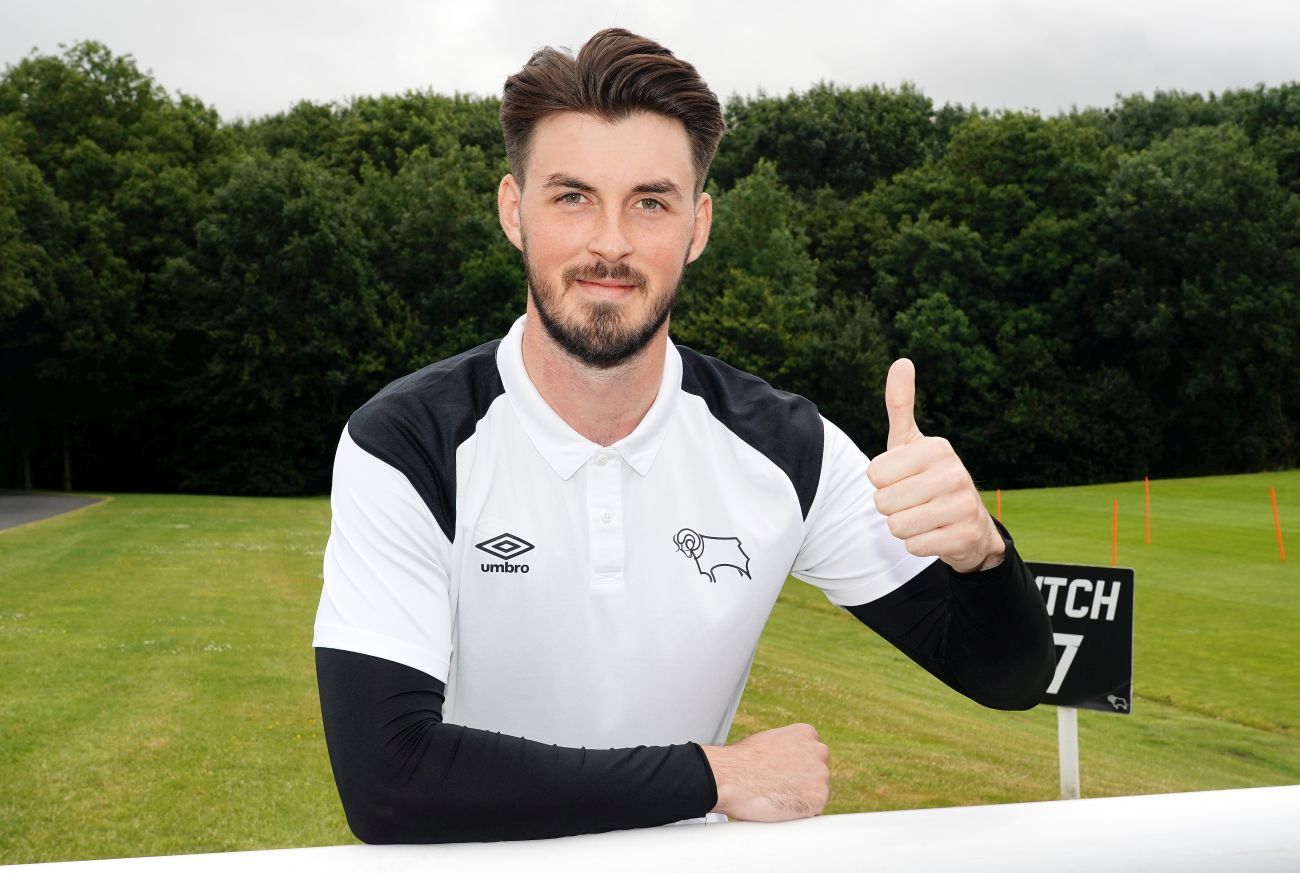 The 26-year-old called time on his spell with boyhood club Sheffield Wednesday this summer and elected to join the Rams.

His promise was recognised midway through his final year scholarship as he signed his first professional contract with Sheffield Wednesday in November 2013, penning a two-and-a-half year deal.

By the end of the 2013/14 season, the shot-stopper had enjoyed his first taste of men’s football as he spent time out on loan with local non-league side Alfreton Town, who were playing in the fifth tier of English football at the time.

He played twice for the Reds, making his debut in a 3-2 defeat against Hereford, whilst five days later he came on in the second half as Alfreton were beaten 1-0 by Macclesfield Town.

Wildsmith returned to South Yorkshire and trained with the Owls throughout pre-season. He featured on the substitutes’ bench four times during the campaign before another loan spell followed, this time with League One side Barnsley. 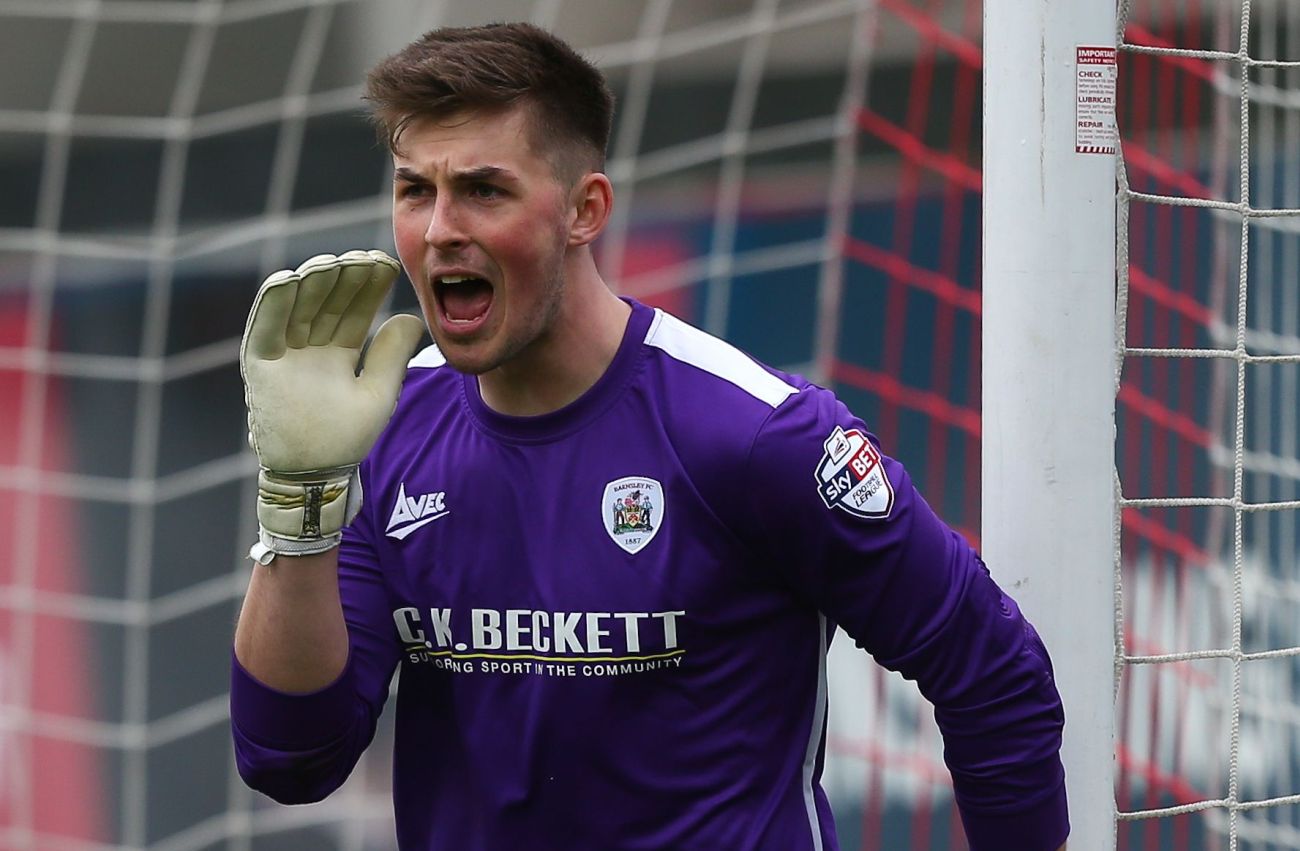 The Tykes, then managed by Lee Johnson, needed cover following injuries to their regular choice goalkeepers and called on Wildsmith to step up.

The goalkeeper would play twice for Barnsley as they held eventual champions Bristol City to a 2-2 draw, whilst seven days later they were beaten 2-0 by local rivals Sheffield United at Oakwell.

With experience in League One now under his belt ahead of the 2015/16 campaign, the goalkeeper was in line to make the step up to Sheffield Wednesday’s first team squad.

Life With The Owls

Following his two spells out on loan, Wildsmith made his professional debut at the age of 19 for his boyhood club in a Carabao Cup success over Mansfield Town at Hillsborough in August 2015. 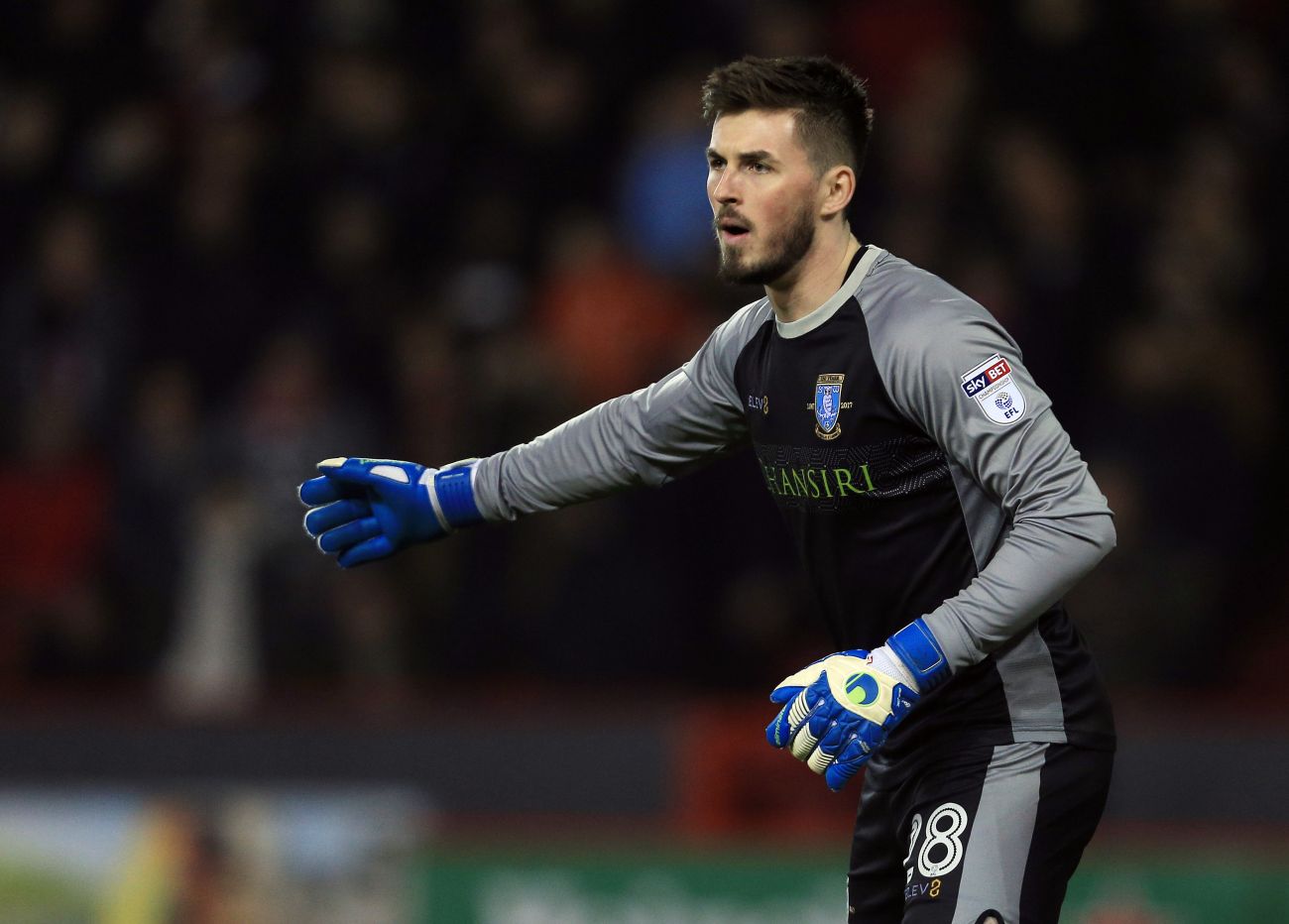 The goalkeeper played the full 90 minutes in the 4-1 victory. Four days later, he was afforded Championship debut against Ipswich Town at Portman Road as first-choice goalkeeper Keiren Westwood suffered an injury on the hour mark, meaning Wildsmith was thrust into the action.

He played two more league fixtures against Burnley and Bolton Wanderers before Sheffield Wednesday embarked on a Carabao Cup run which would see them knock out two Premier League sides.

They beat Newcastle United 1-0 at St James’ Park before putting Arsenal to the sword, beating Arsene Wenger’s Gunners 3-0 at Hillsborough. Wildsmith, in the process, kept clean sheets in both fixtures.

Their run would come to an end as they were beaten 2-0 by then Premier League side Stoke City at the bet365 Stadium. It was all good experience for Wildsmith who went on to make 14 appearances in total that season, which included five clean sheets. 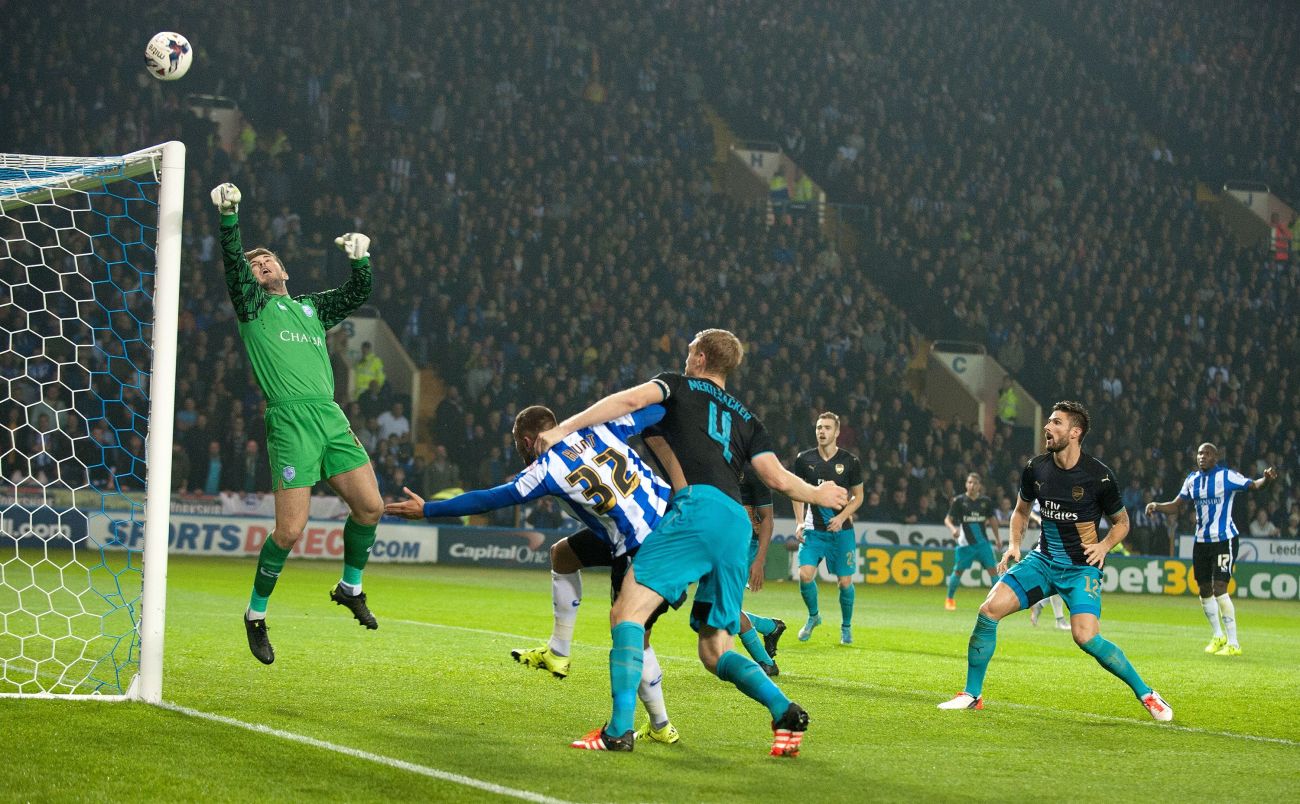 He had to settle for being the club’s second-choice goalkeeper for the 2016/17 campaign with his appearances limited to just three games. He featured in Carabao Cup and FA Cup defeats, whilst his one league game of the season came against Fulham at Hillsborough as Wednesday reached the play-offs.

With his contract up at the end of the campaign, and with the Owls still in the Championship after defeat in the Play-Off Semi-Finals, they took up the one-year option on Wildsmith’s contract.

At the start of the 2017/18 campaign, after making three appearances for the club, two in the Carabao Cup and once in the league, Sheffield Wednesday boss Carlos Carvalhal rewarded Wildsmith with a fresh five-year contract.

He played a handful of games between September and Christmas, but, following the dismissal of Carvalhal as Wednesday boss he enjoyed a sustained spell in the first team.

Under new boss Jos Luhukay, Wildsmith remained as the Owls’ number one goalkeeper fighting for the position alongside fellow Academy graduate Cameron Dawson, whilst Westwood was out injured.

He went on to make 18 further appearances before the end of the campaign which took his tally to 29 in all competitions that season. 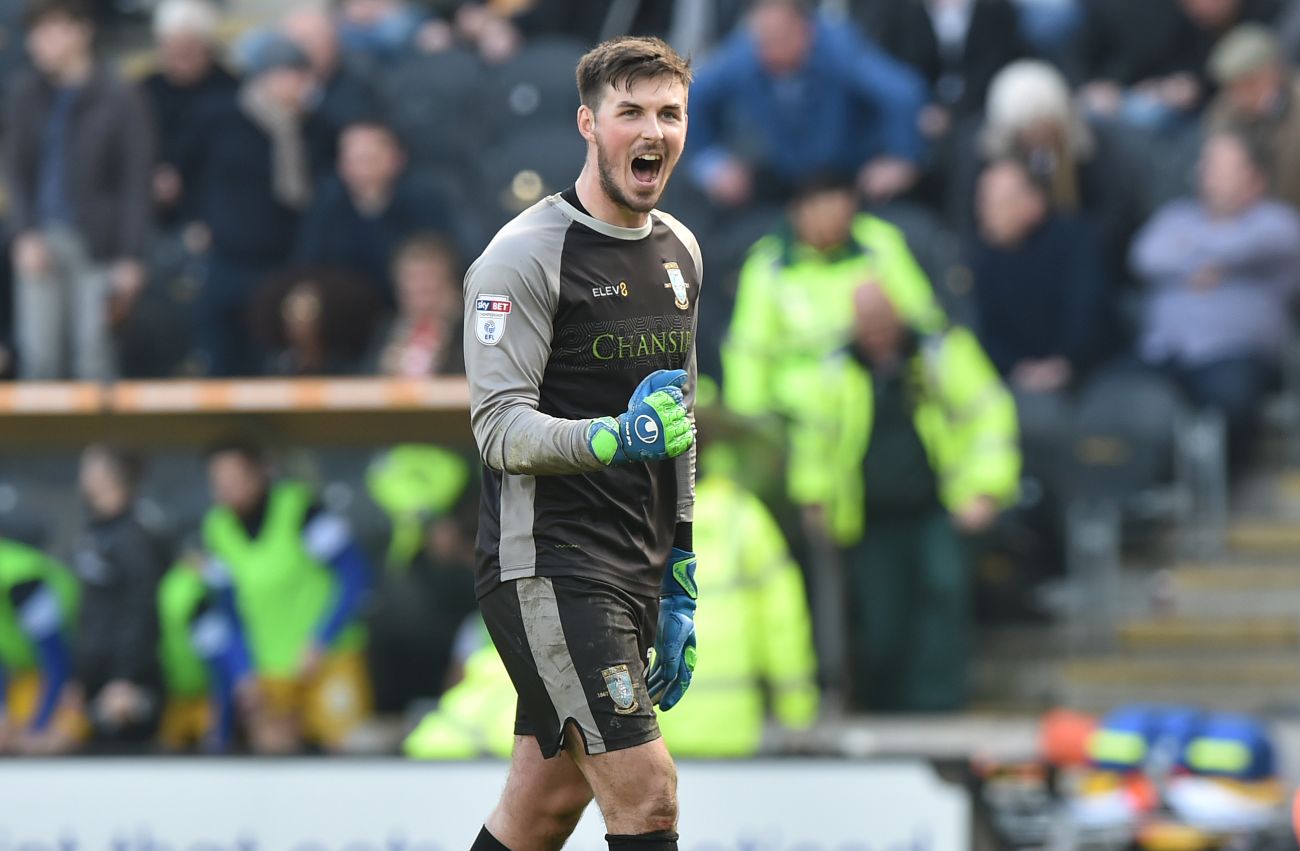 However, during the 2018/19 season, Wildsmith had to remain patient once again as he spent the season as the club’s second-choice goalkeeper, making only two appearances in the Carabao Cup.

He remained out of the side in the 2019/20 campaign until the outbreak of COVID-19. The goalkeeper had only featured in one FA Cup clash against Manchester City but returned to the first team fold when games returned behind-closed-doors, playing the final nine games of the season under then manager Garry Monk.

After Monk was dismissed and replaced by Tony Pulis, Wildsmith again got his chance to impress in the first team. However, Pulis would only take charge of 10 games, with Wildsmith starting seven of those fixtures as the Owls battled against relegation to League One.

Darren Moore was the next manager at the helm at Hillsborough and put his faith in the goalkeeper as Wildsmith played six games, but Westwood returned from injury for the final couple of games of the season as Wednesday were relegated to League One. 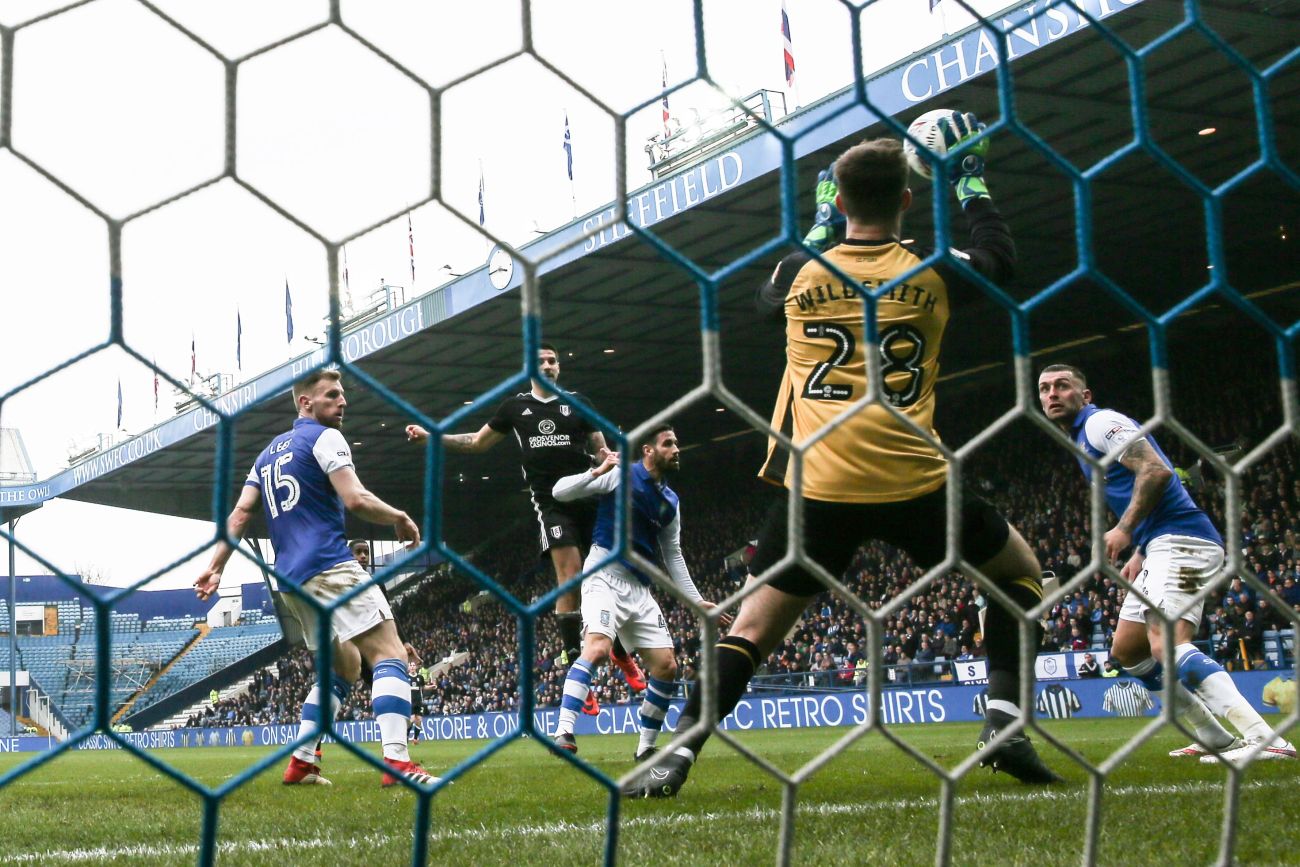 Wildsmith was an unused substitute as Derby and Wednesday played out a 3-3 draw at Pride Park Stadium in May 2021 to ensure the Rams stayed in the division for another season.

Now in League One, and in the final year of his five-year contract, Wildsmith was looking to cement himself in the Owls’ first team. However, he found opportunities again limited owing to the signing of Burnley goalkeeper Bailey Peacock-Farrell on loan.

Wildsmith was once again used in cup competitions, playing in the Carabao Cup and Papa Johns Trophy, whilst he also featured in three league games. He made eight appearances in all competitions and at the conclusion of the season, he was offered a new contract by the Owls.

However, at the age of 26, the goalkeeper is seeking regular first team football and rejected the opportunity to stay with his boyhood club in order to progress his career further.

The goalkeeper put pen-to-paper on a two-year contract with Derby County and will fight for the number one jersey at Pride Park Stadium this season.