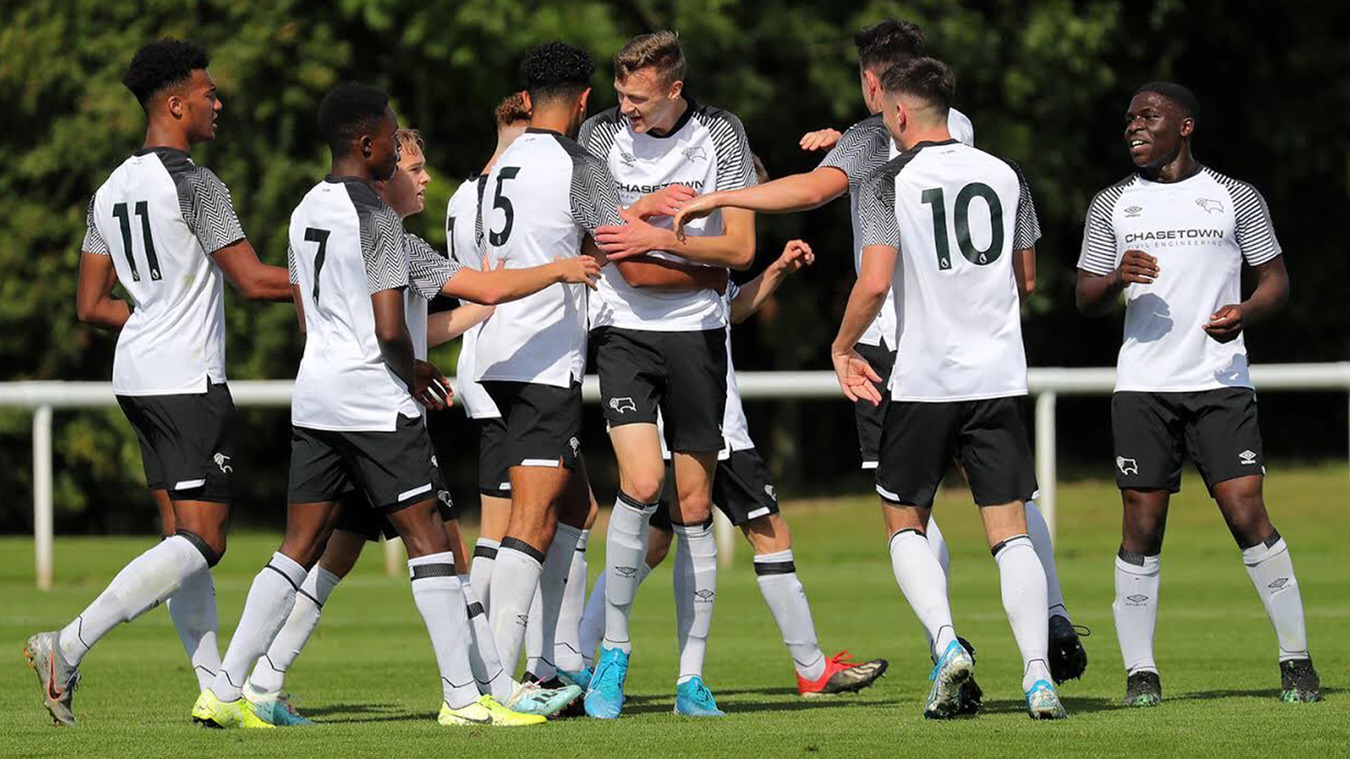 Walker: "We Pride Ourselves In The Standard We Showed Today" Braces from Bartosz Cybulski and Archie Brown and a first goal of the season for Jack Stretton ensured a comprehensive victory for Justin Walker’s side.

Returning to action after a two-week break, the Rams took no time at all to get back amongst the goals.

First, an unmarked Cybulski powered home a header from around 16 yards out to give Derby an early lead after just 10 minutes.

Just three minutes later, Jaden Charles’ low-driven corner alluded everybody in the crowded penalty area and found its way to Brown who couldn’t miss from two-yards out to double the lead.

Inside 20 minutes, it was three. The big number nine, Cybulski, grabbed his second of the game, with Brown turning provider. The winger created a yard of space and used it to whip in a cross and the in-form striker grabbed his third goal in two games with a scooped finish after a poor clearance by a United defender.

In what was a crazy opening half-hour, the visitors pulled one back through Mark Helm. His long-range effort found the bottom corner, reducing the deficit .

Stretton had a golden chance to give his side that three-goal cushion before half-time but was denied by a smart stop from the United goalkeeper.

Derby continued their dominance in the second half when Stretton finally got the goal he deserved. After a few deflections, the ball found its way to the striker in the box, who tapped the ball into an empty net to put his side out of sight.

Cybulski had a plethora of chances to take home the match ball but watched his volleyed attempt bounce just wide of the post. Then, Brown bundled the ball over the line, with yet another set-piece routine causing the United defence undeniable trouble, to make it 5-1 with less than a minute to play.

The victory was Derby’s second in as many matches, having defeated Middlesbrough 4-1 at the end of August, as Walker’s side look to have put their early season blip, losing their first three games, behind them.

The Rams have a short trip down the A50 to attend to in their next match as they look to continue in this run of new-found form. Walker’s side are yet to travel away from home and return with any points so far this season, but will be hoping for their first next weekend.

The Potters have enjoyed a relatively successful start to the season, winning two of their opening six league matches. They host Derby off the back of a narrow 3-2 defeat to West Bromwich Albion.

Last season, Derby bettered Stoke on both occasions, winning 2-0 and 3-2 at home and away respectively.

Following the fixture against Stoke, The Rams head back to Moor Farm to host Blackburn Rovers. Between the two, though, Walker’s side will have a week without a game before heading into their first fixture of October.