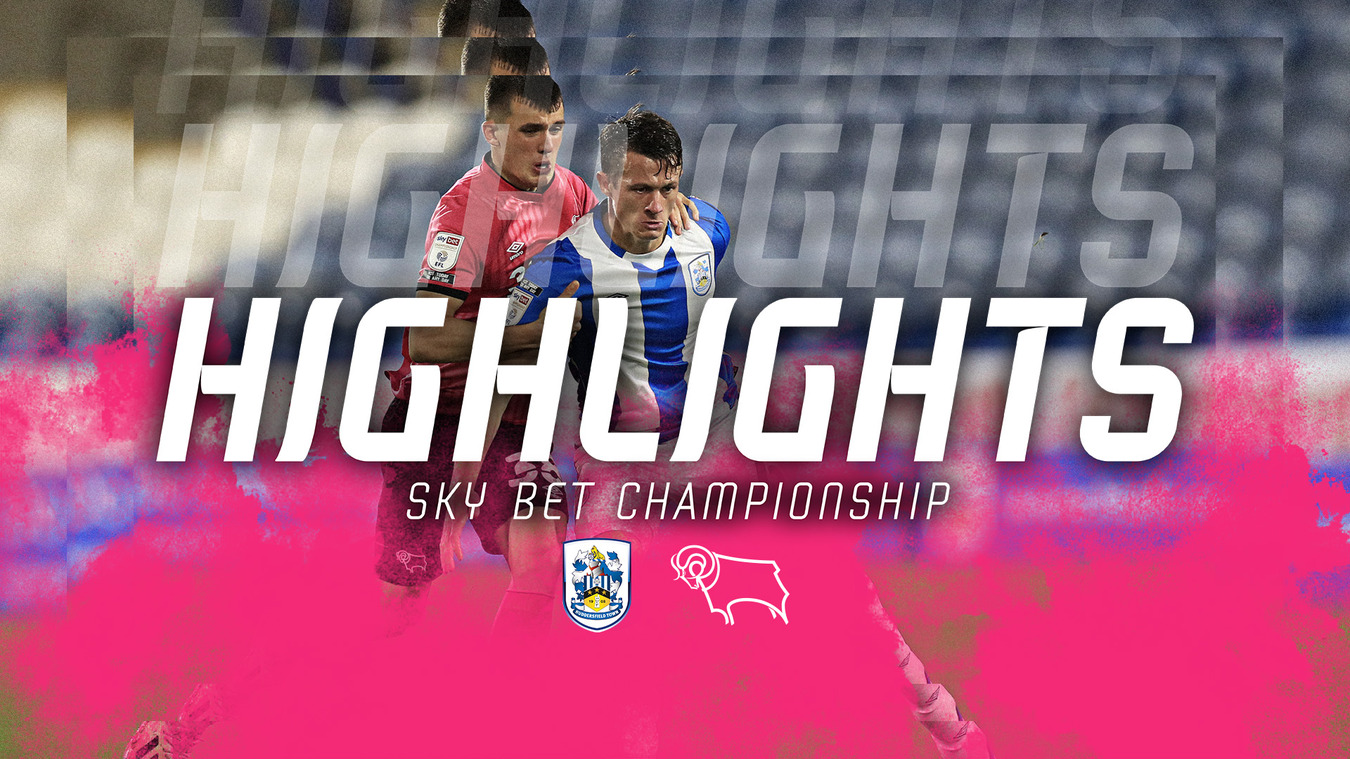 Cocu: “It Is Frustrating For Everybody” Davies: "We Need To Take Responsibility" Lawrence Starts For Derby Against Huddersfield Buchanan: “The Mood In The Camp Is Really Good” Cocu Talks Rooney, Lawrence, Waghorn, Kazim-Richards And Others Ahead Of Huddersfield Buchanan: "Everyone Is Raring To Go" Webb The Man In The Middle When Derby Head To Huddersfield After failing to convert their chances in a positive first-half, the Rams fell victim to Juninho Bacuna’s fine finish minutes into the second half to leave Yorkshire without a point.

Tom Lawrence returned to the starting line-up for Phillip Cocu for the first time this season after recovering from shoulder surgery while Martyn Waghorn came off the bench for his first appearance of the campaign in his return from injury.

Derby’s deadline day signing Colin Kazim-Richards made his Rams debut and first appearance in English football since 2013 when he came off the bench in the final 15 minutes.

It was a strong start in the opening half for the Rams who were awarded back-to-back free-kicks in dangerous positions in the opening minutes. However, the deliveries from Max Bird and Tom Lawrence weren’t met in the area.

Cocu’s side continued to show flashes of brilliant attacking play in the opening stages with full-back Nathan Byrne pushing high up the pitch looking dangerous and complimenting a mobile front three of Lawrence, Jason Knight and Kamil Jozwiak.

In the 24th minute after another period of good movement, Lawrence was disposed by Jonathan Hogg as he looked to shoot just inside the area, but Jozwiak won the ball straight back and took aim. His low effort flew just wide of the far post.

There was then danger immediately down the other end which called David Marshall into action for the first time. Harry Toffolo pinged a deep cross over the box to Pipa who was nestled in the right corner of area with plenty of space.

His half-volley hurtled towards goal and stung the hands of Marshall as the Rams ‘keeper tipped it over.

Another lovely patient build-up by the Rams came ten minutes later as Derby looked the better side. Buchanan had a cross blocked in the box that landed back to Max Bird.

The midfielder sent a strong pass across the edge of the box which Lawrence left for Andre Wisdom who charged into fire straight at Ben Hamer who managed to hold onto the strong effort.

Soon after Derby played out the back with Bird sending a brilliant long ball through for Knight who timed his run in behind perfectly, however the linesman waved for offside.

Pipa was the biggest threat for the Terriers in the opening half, having another go from a similar position to earlier in the game with a first-time effort that flew over the cross bar.

The hard work by the Rams was undone seven minutes into the second-half when they were hit on the counter-attack. Bacuna slipped the ball to Toffolo in the box who found the forward again as he ran into space to put his low effort into the back of the net.

With just more than ten minutes left to play Hamer was forced into another save from close-range. Duane Holmes received the ball at the near post from Byrne and with a sweeping shot looked to tuck in in, but Hamer palmed it wide.

Huddersfield looked to double their lead with six minutes left to play from a free-kick down from the right of the box. Bacuna’s free-kick was kept alive by Chris Schindler at the back post who headed back in for Naby Sarr right in front of goal, but Marshall did brilliantly to instinctively tip it over.

In the dying minutes Derby came agonisingly close to grabbing the equaliser when Bird played wide to Waghorn. The forward flashed a first-time cross in to Matt Clarke who headed on to the woodwork on the near post.