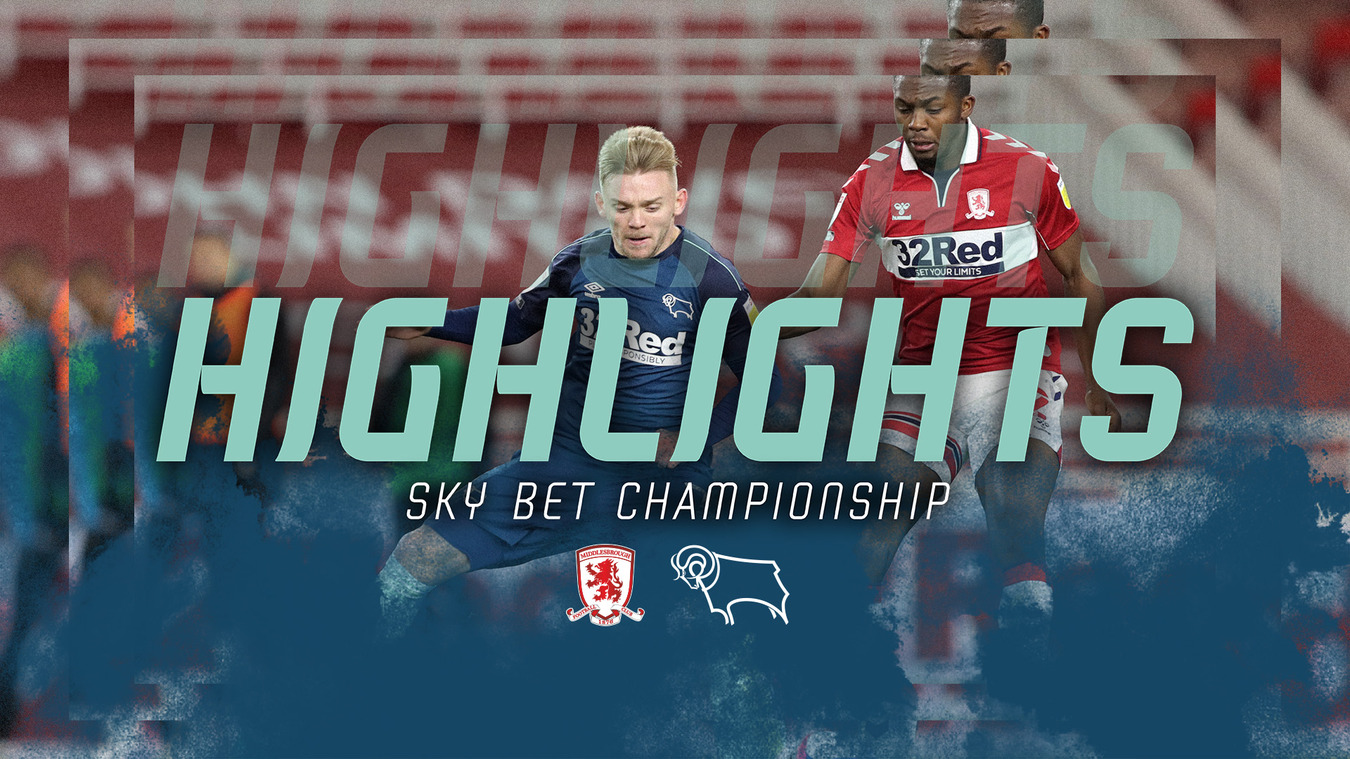 Rosenior: "Today Was Not Acceptable" Rooney Speaks To Media Ahead Of Boro Trip Rooney Looks Ahead To Rams' Trip To Face Middlesbrough Watch From Home: Middlesbrough Vs Derby County LIVE On RamsTV

Watch From Home: Middlesbrough Vs Derby County LIVE On RamsTV Derby County fell to a 3-0 defeat to Middlesbrough at Riverside Stadium on Wednesday evening.

Britt Assombalonga opened the scoring for the hosts midway through the first half when he poked in from close range before Matt Clarke turned in a ball into the box by Marvin Johnson.

Johnson then added the finishing touched in the closing stages.

Assombalonga tested the Derby goal within five minutes, striking a low effort from range to call David Marshall into action. The Rams’ stopper got down to bat the effort wide of the post and Clarke headed clear the resulting corner to extinguish the early danger.

Middlesbrough pressed high in the opening stages but as Derby grew into the game their patience saw the ball move round well. The resulted in a first shot on target as Tom Lawrence drifted in and created space on the edge of the box and rifled a low effort, but his strike was held on to by Marcus Bettinelli.

A good move, particularly by Jason Knight who lost his marker in the middle of the park and was found again to the left of the box to set Max Bird 25 yards out. The midfielder pulled the trigger and his effort hurtled narrowly off-target.

However, from there Middlesbrough took hold for the remainder of the half and just after the half-hour-mark they took the lead. Jonny Howson floated a cross over from the left. It was just too high for Andre Wisdom to head clear and skimmed past the defender to Duncan Watmore to head back across goal.

Assombalonga reacted quickest and was able to poke in at the post.

The striker had another good chance with two minutes remaining in the half when the home side were awarded a free-kick from just outside the area which he curled just wide of the top left corner.

Having come off the bench at half-time, Louie Sibley almost had an instant impact. He received the ball down the left of the area and shot across goal and inches past the wrong side of the post.

The young midfielder came close again just after the hour mark with a venomous strike. He shook off his man turned and struck from 20 yards out.

It was creeping into the bottom right corner before Bettinelli batted it away. Lawrence chased the ball down as it rolled towards the byline and whipped back in from a tight angle which Bettinelli grabbed.

Soon after, Boro came close to doubling their lead from a short corner to Djed Spence who broke through into the box and laid off to Marcus Tavernier who shot over.

But with 20 minutes left to play, the hosts got their second goal. Marshall made a superb save initially to deny Tavernier it was batted away and further cleared by Clarke.

But it fell to Marc Bola who fed out to Johnson and he delivered an inviting ball which was turned in by Clarke.

The Rams couldn’t find a way back into the game and will look to bounce back on Saturday when they host Wycombe Wanderers at Pride Park Stadium.

George Saville opened the game up with a clipped pass to Johnson who finished the move by finding the top corner.