Rooney: "Lapses In Concentration Has Cost Us" Stearman Frustrated With Defeat Against Peterborough Morrison: "I Want To Play Games And Enjoy My Football Again"

Webb To Take Charge Of Derby's Championship Trip To Peterborough Tickets Off Sale For Peterborough Clash It took a while for the deadline to be broken as Stretton fired the Rams into the lead with just over 10 minutes of the game remaining.

The striker, who had replaced striker Colin Kazim-Richards who had to be stretchered off at the start of the season half, pounced on a loose ball in the penalty box to fire past Peterborough United goalkeeper Christy Pym to put Derby ahead.

However, with a minute of normal time remaining, Peterborough managed to draw level as substitute Harrison Burrows found himself free at the back post to convert from close range.

And, deep into additional time, substitute Siriki Dembele fired home into the bottom corner to secure Posh all three points as the Rams suffered their first defeat of the season. Manager Wayne Rooney elected to switch to a more familiar-looking line up after switching his team up for the Carabao Cup tie against Salford City on Tuesday night.

Only three players retained their places from the penalty shootout victory as winger Festy Ebosele made his full league debut following a man-of-the-match display.

And the winger was the bright spark in a relatively slow opening for both sides. His injection of pace on the right hand side won the Rams a corner on 15 minutes. 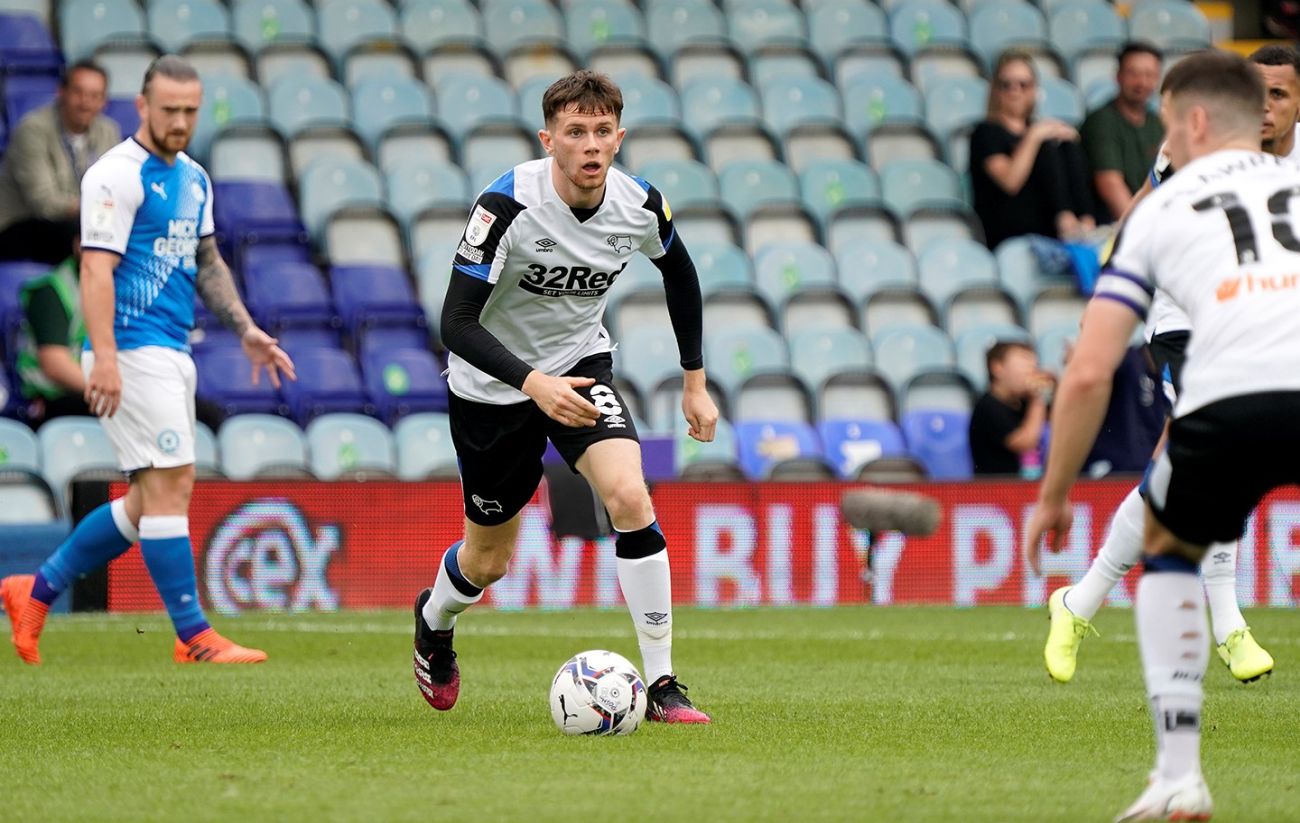 Scottish midfielder Graeme Shinnie took the set piece and after the initial clearance was played back to him, he forced a save from Peterborough shot stopper Christy Pym.

Chances were at a premium, however, midway through the half, Ebosele’s pace got him away from Posh defender Mark Beevers who was forced to bring him down which earned the first booking of the afternoon.

With neither goalkeeper troubled so far, Rams goalkeeper Kelle Roos was forced into action just after the half hour mark. 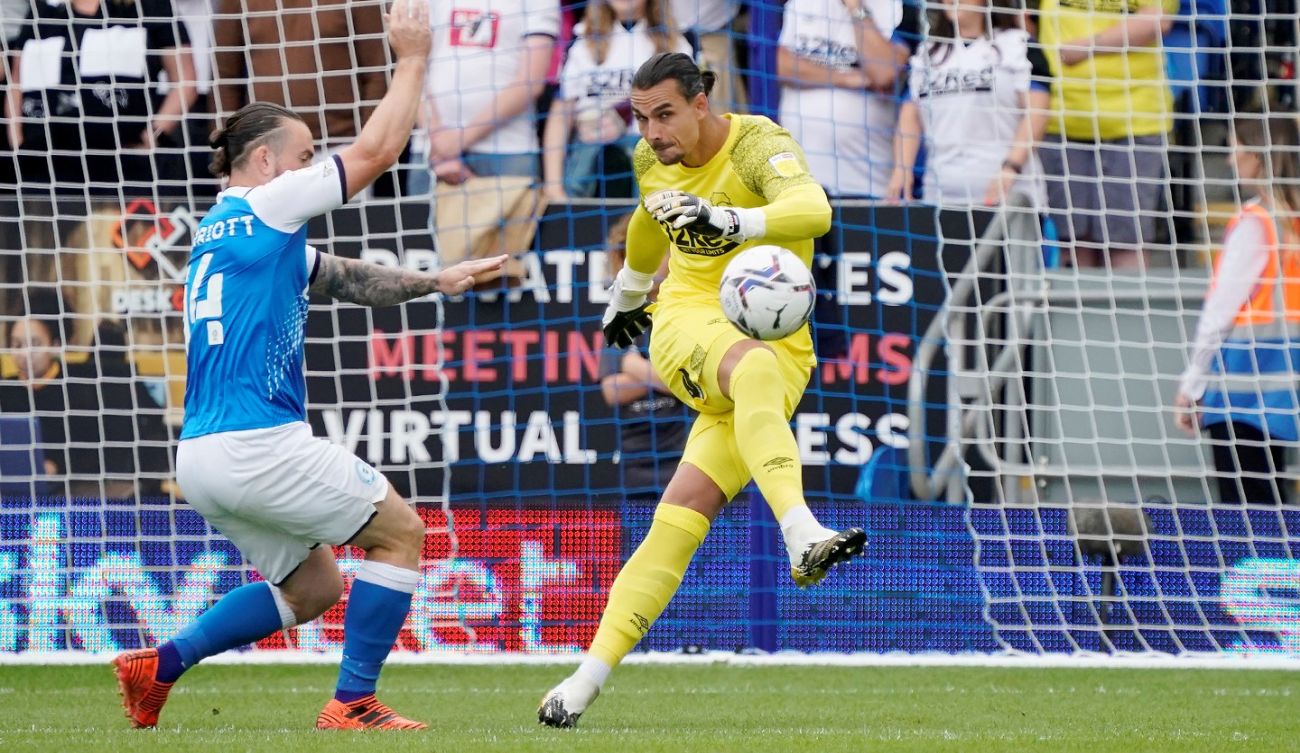 Posh striker Jonson Clarke-Harris found space 30 yards from goal and unleashed a fierce swerving effort, but Roos was equal to his effort on target as he made an unorthodox save with his legs.

With little between the sides, the half time break allowed both sides a chance to reassess ahead of the second half.

Posh kicked off the half and within a minute, midfielder Jorge Grant forced a comfortable save from Roos.

However, soon after, the Rams were dealt a blow as striker Kazim-Richards was stretchered off with an injury. Stretton replaced the forward for this second appearance of the campaign. 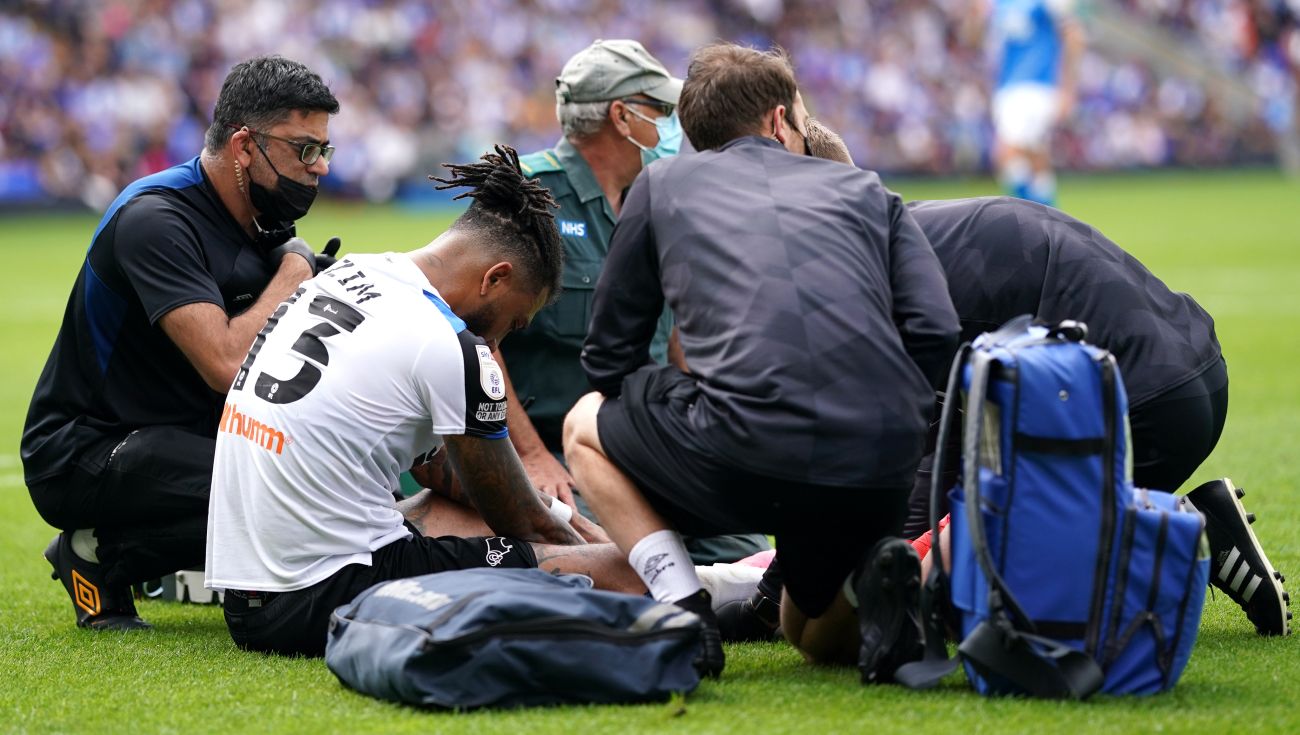 The forward was straight into the action and presented himself as an option on two Rams’ breakaways, however, both chances were squandered.

With the game opening up, both sides seemed to find an added impetus.

Posh defender Nathan Thompson headed over the crossbar from close range just after the hour mark, whilst a minute later he was booked for a foul on Louie Sibley, who had replaced Ebosele, as the Rams attempted to break forward.

As Derby pushed forward, they were almost rewarded with the opening goal of the game with 20 minutes remaining on the clock.

Nathan Byrne crossed into a dangerous area, the ball was picked up by Ravel Morrison who managed to weave into space but his effort was blocked in front of goal by a Posh defender. 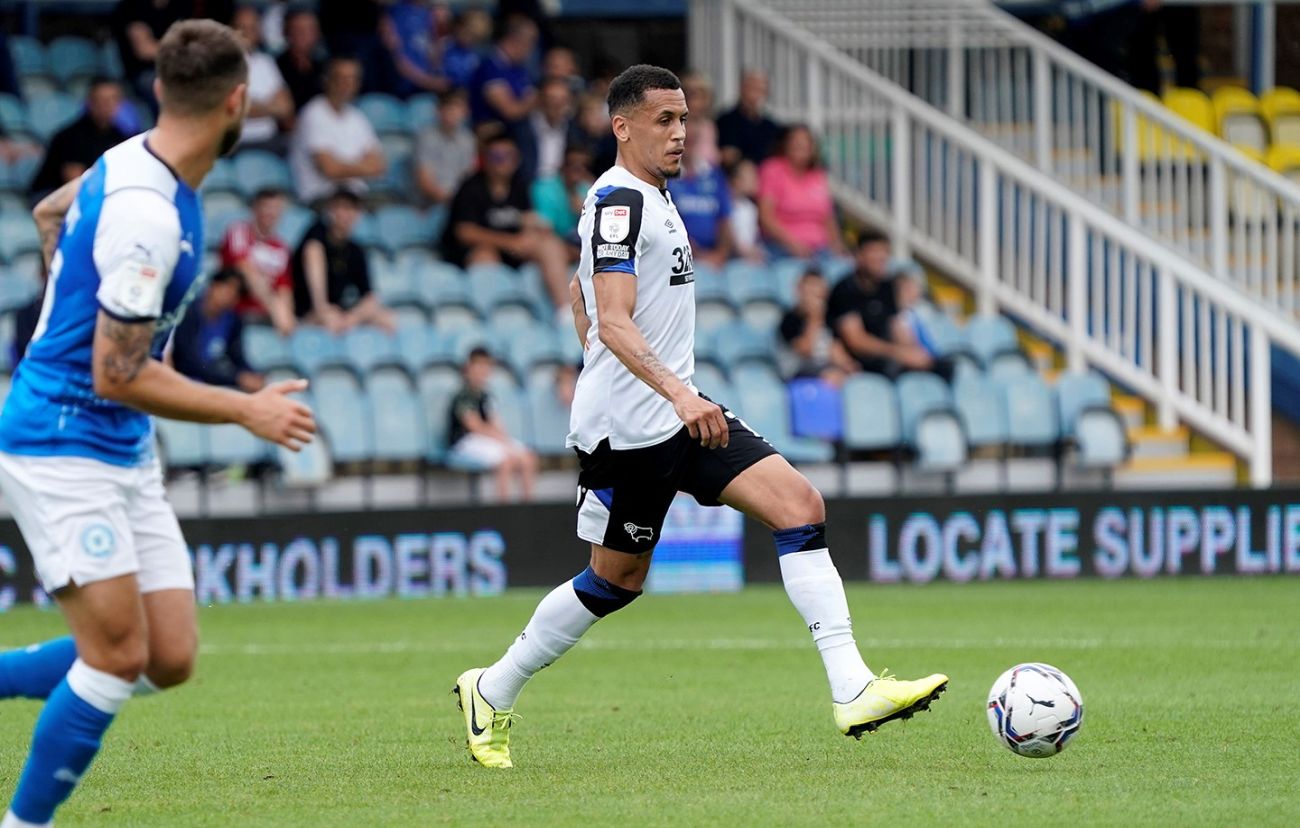 The Rams had the momentum and again almost found the opening goal. Persistent work from Sibley saw him win the ball back in a good area. He raced into the box and played a low ball across to the onrushing Stretton but he could not get a toe on the ball.

Morrison was becoming an influential figure on the game, and with the workload of Graeme Shinnie around him, the Rams looked dangerous with every attack.

And Derby’s patience was rewarded on 77 minutes as Academy graduate Stretton netted his first professional goal for the club to put the Rams ahead. A corner into the box was kept alive by central defender Curtis Davies as he headed across the box. A Posh header could only send the ball upwards and Morrison’s flick found Stretton who confidently fired home to give the Rams the lead.

The Rams looked to have seen out the initial danger with Davies and Stearman marshalling the defence well, however, with a minute of normal time remaining, Peterborough managed to find the equaliser.

Joe Ward capitalised on a loose ball in the penalty area and found Burrows unmarked at the back post and he fired past Roos to level the scoreline.

With their tales up, Posh managed to find the winner deep into additional time as substitute Dembele found the bottom corner to win the game for the hosts.