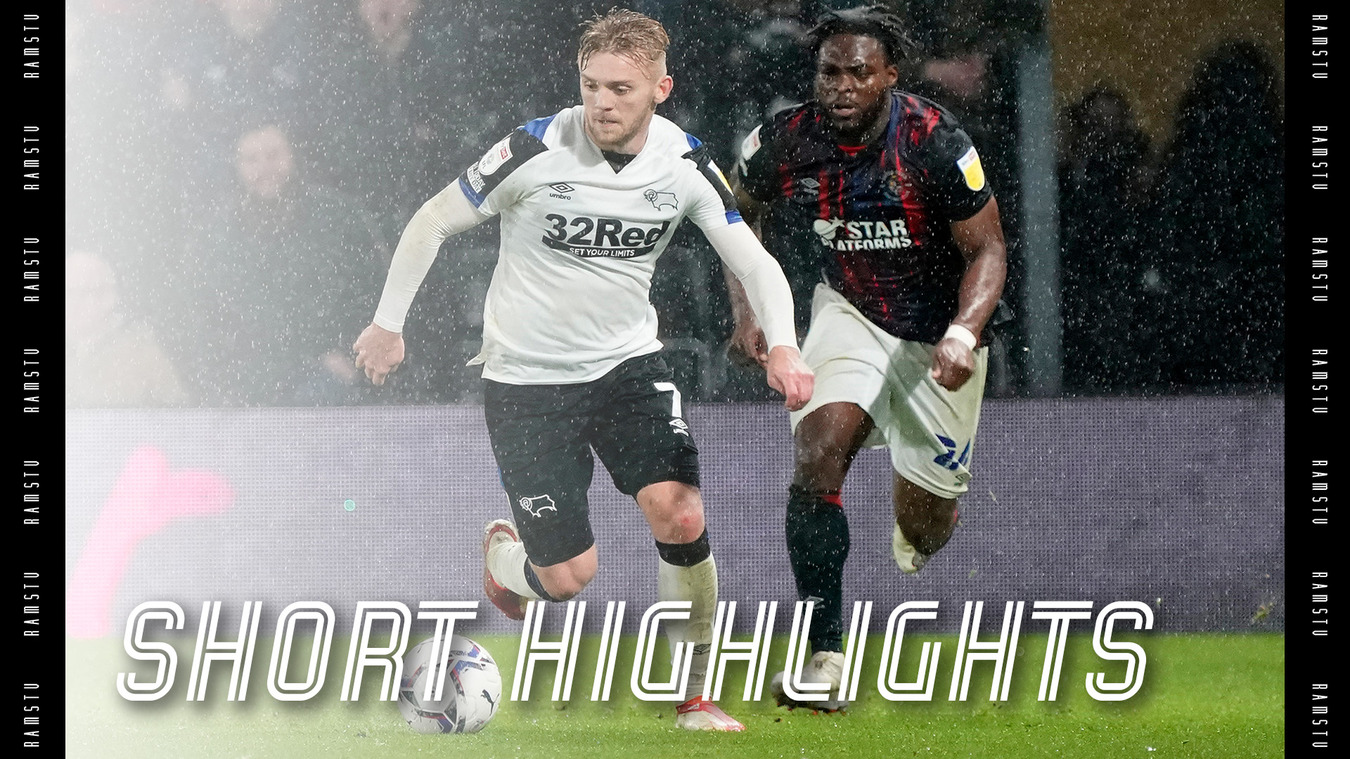 Rooney Offers His Verdict After Derby’s Draw With Luton Derby County had to settle for a point at Pride Park Stadium as Luton Town snatched a late equaliser to draw 2-2. 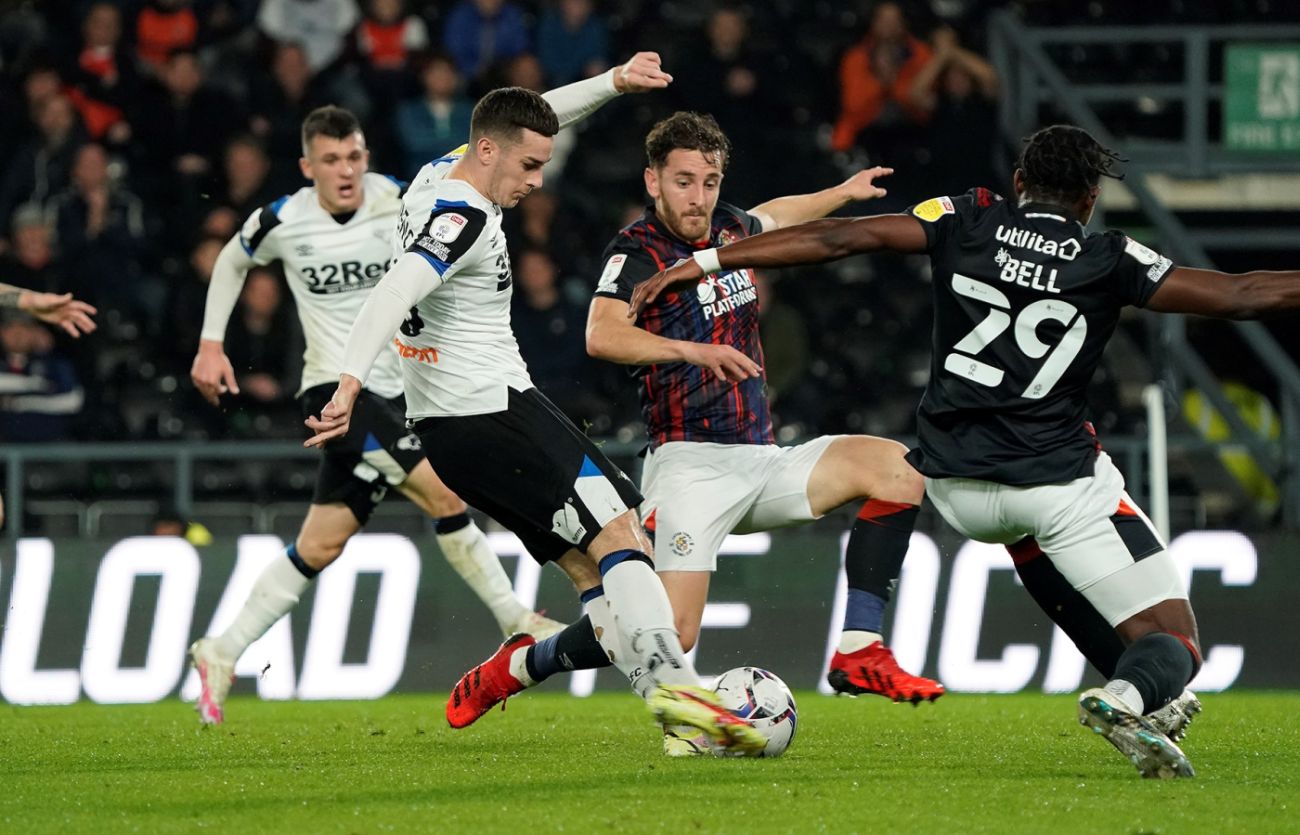 The Rams started the game well and deservedly led after 20 minutes as skipper Tom Lawrence fired home from close range.

Soon after the half time interval, Luton managed to equalise through substitute Fred Onyedinma before Jason Knight’s fierce strike put the Rams back ahead on the hour mark.

And with Derby seemingly in control of the game, the Hatters managed to find a late equaliser through the head of Elijah Adebayo as the points were shared at Pride Park.

Manager Wayne Rooney made two changes to the side which drew 0-0 with Preston North End on Saturday as Nathan Byrne returned following suspension and Kamil Jozwiak replaced an injured Sam Baldock. 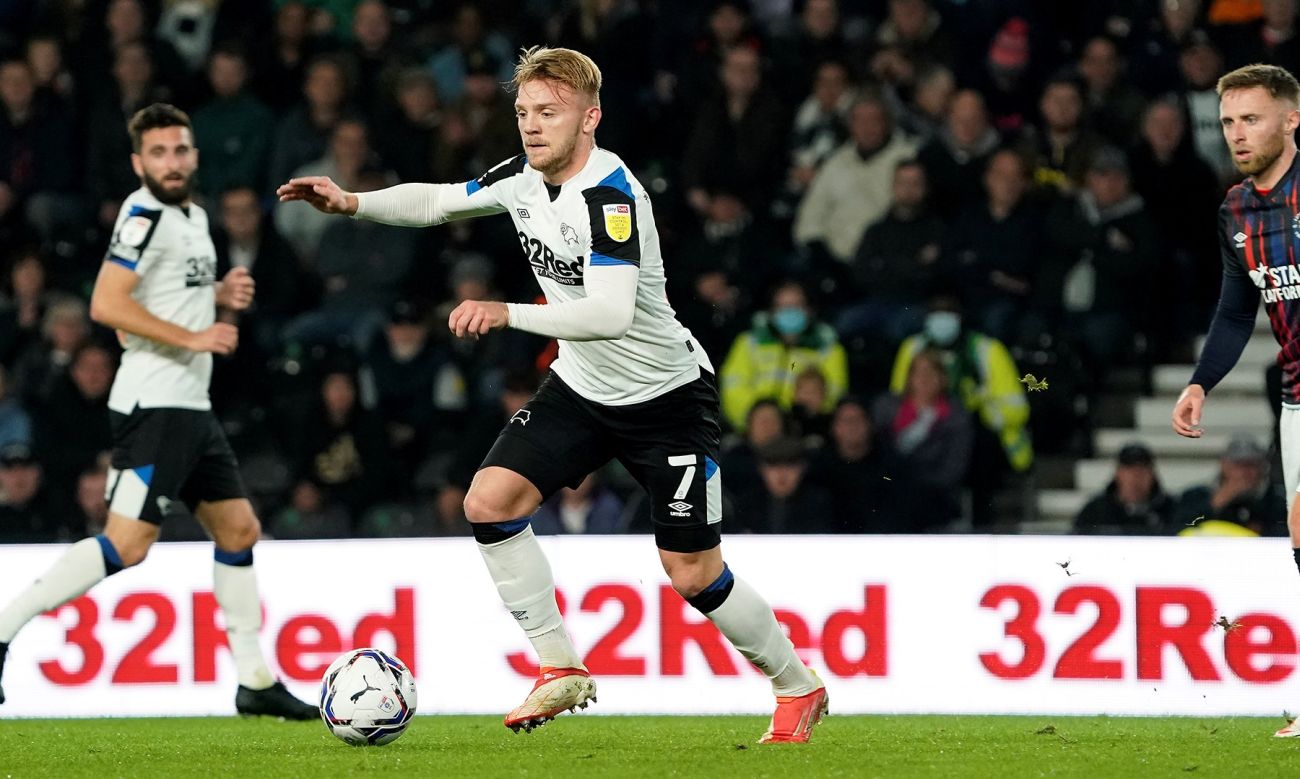 And it was the Rams who set the early tempo as they started on the front foot against the Hatters in front of an enthused crowd at Pride Park Stadium.

Max Bird had Derby’s first chance of the evening as he fired wide from 25 yards as the Rams stamped their authority on the game, with Luton Town’s Kal Naismith booked soon after for a cynical challenge on Knight.

And Knight would be involved as Derby County deservedly took the lead on 20 minutes as their early pressure paid off. 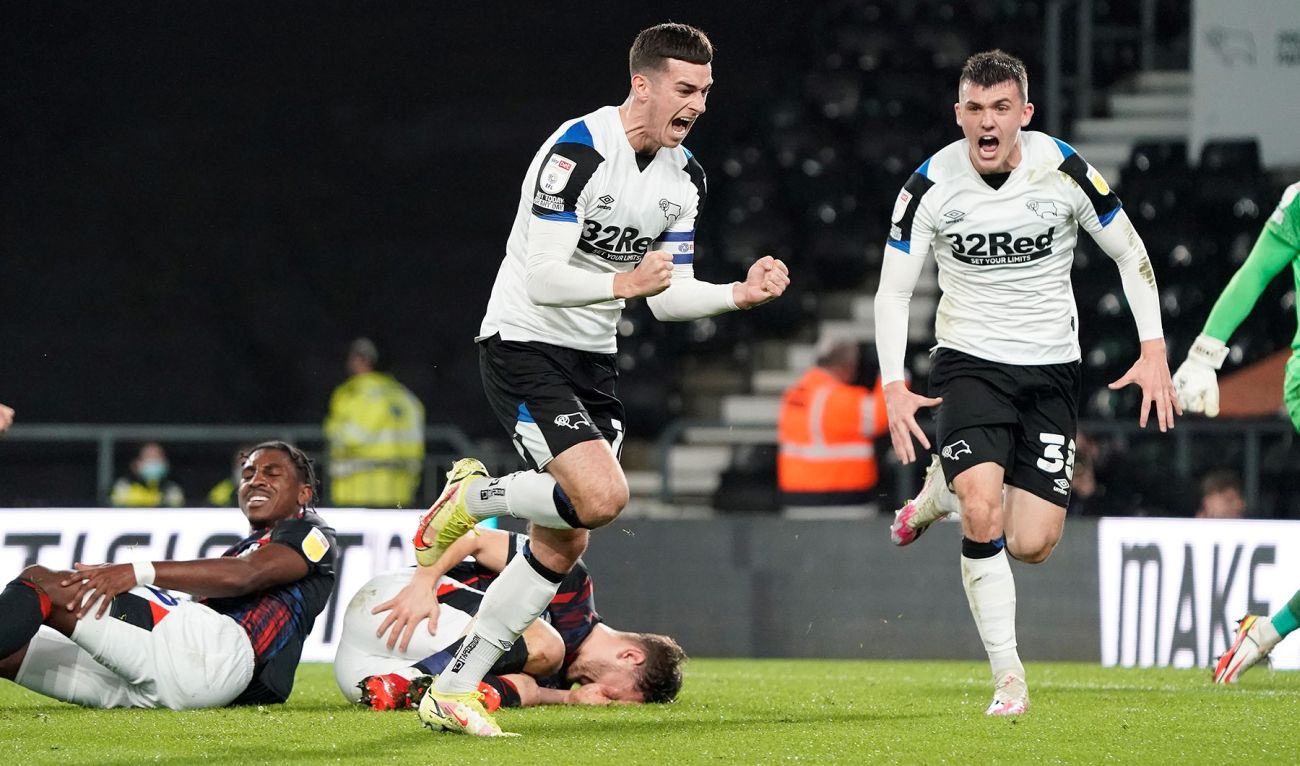 Luton Town looked to play out from the back but captain Sonny Bradley dwelled on the ball, allowing Knight to nip in and win possession in a dangerous area.

He kept his composure on the edge of the box and rolled the ball to Lawrence who was free on his right and the Rams’ skipper drilled the ball into the bottom corner to give Wayne Rooney’s side a deserved lead.

Derby would continue to control proceedings with Lawrence again going close on the half hour mark, narrowly firing over the crossbar. 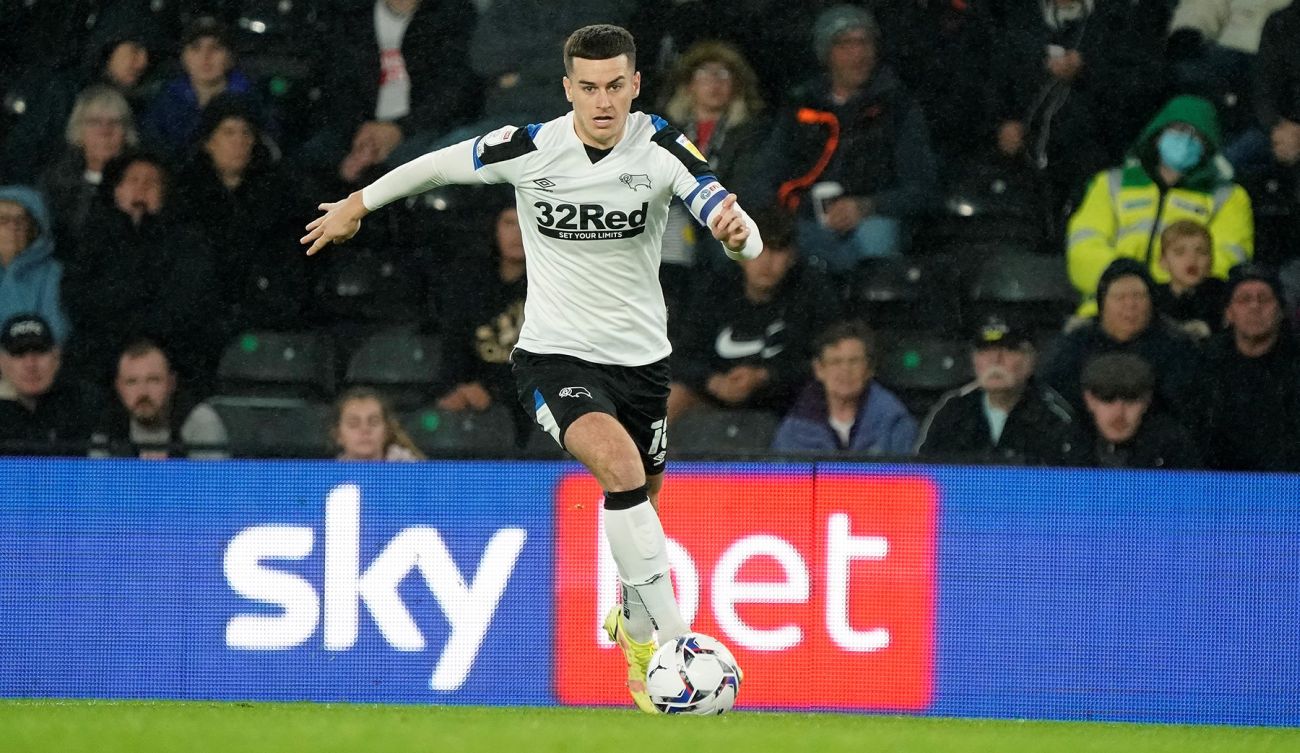 Discontent with his sides early showing, Luton Town boss Nathan Jones made a double substitution just after the half hour mark as he introduced Onyedinma and Admiral Muskwe into the action. Naismith and Jordan Clark were sacrificed.

But, that didn’t seem to change much immediately as Derby settled back into their rhythm and dominated possession.

Knight had a pot-shot from distance which went wide, whilst just before the half time interval, central defender Phil Jagielka’s acrobatic header was saved by Luton goalkeeper Simon Sluga as the Rams led at the break. 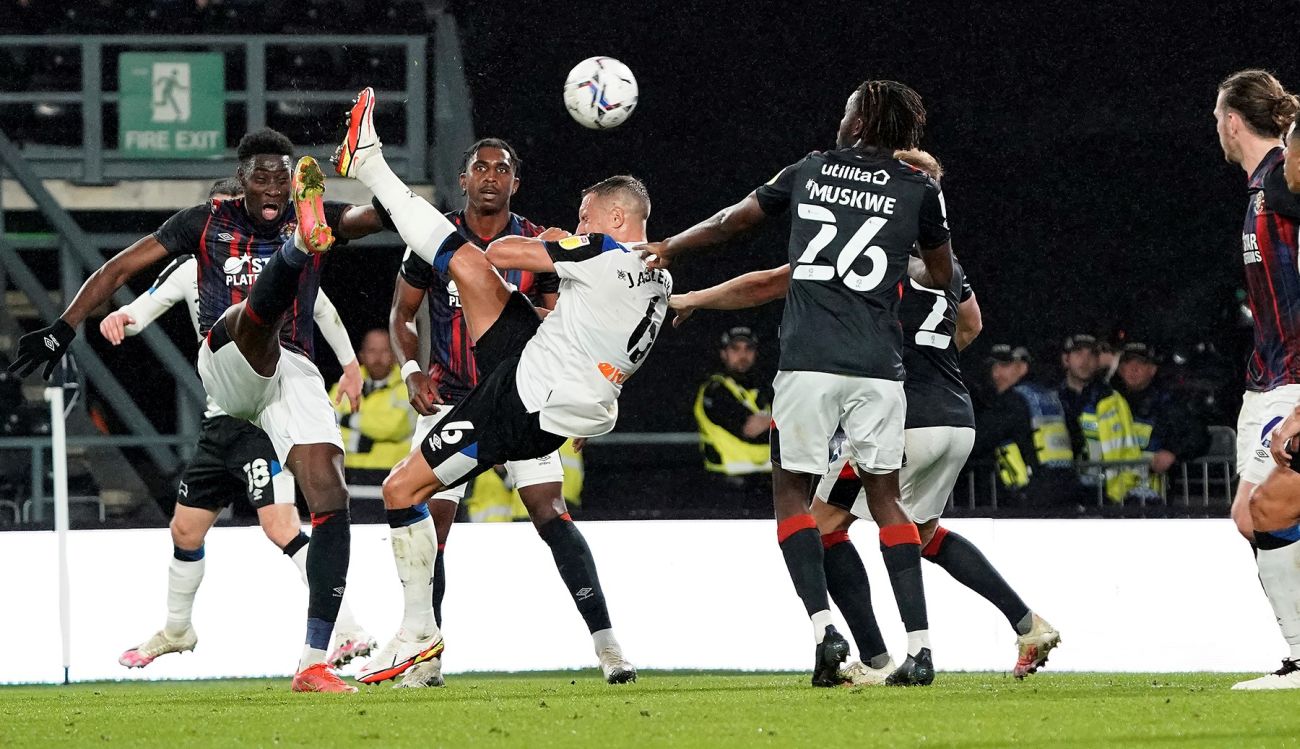 However, that lead would only last three minutes into the second half as the Hatters managed to scramble home an equaliser.

A long throw-in into the box was flicked on at the front post and substitute Onyedinma was steaming in at the back post to convert and equalise.

But, the Rams’ heads did not go down despite conceding their first goal in more than five hours of football.

Morrison almost unlocked the Luton defence minutes later after he set Knight through following a mazy run but the Irishman fired over from close range. 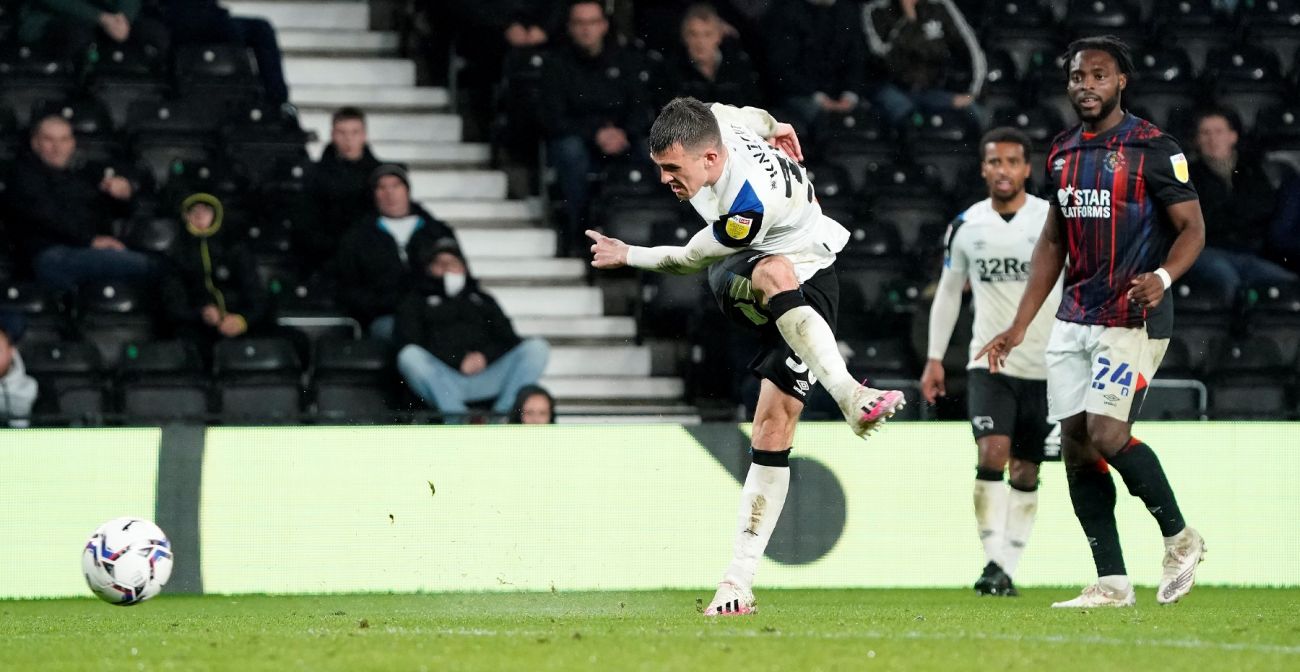 There was danger at the other end, too, as strike Adebayo found space in the penalty area and shot but Jagielka flung his body on the line to deny the forward.

And it would prove to be a valuable contribution as on the hour mark, Derby retook the lead courtesy of Knight’s first goal of the campaign.

After good play from Morrison and Lawrence, the latter played the ball to Knight who rolled his man excellently on the edge of the box before unleashing a fierce strike beyond Sluga to put Rooney’s side back ahead. 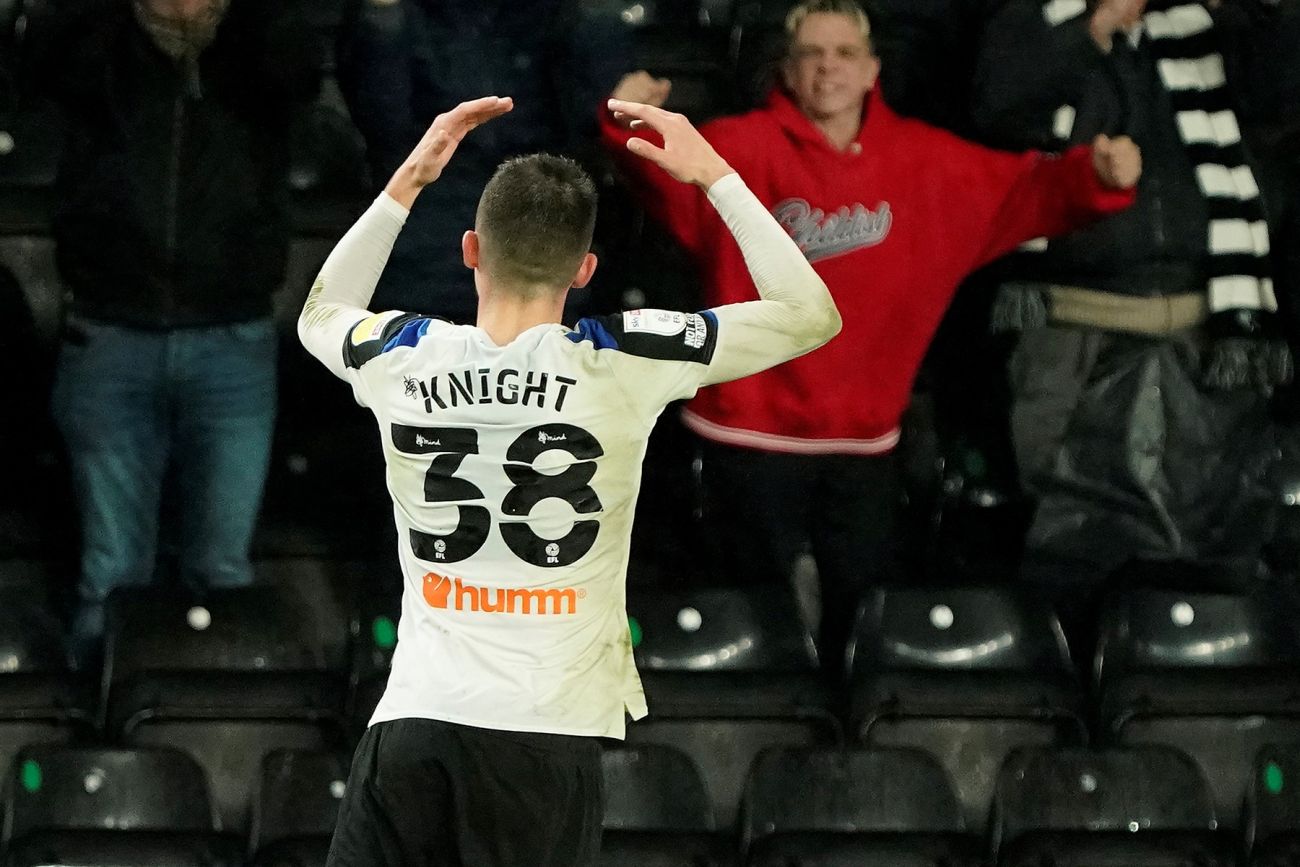 It was more than what Derby deserved for their effort and desire as they continued to take the game to their visitors.

Rooney introduced Colin Kazim-Richards with 15 minutes of the game remaining as the striker continued his comeback from an injury which ruled him out for two months.

He was soon involved as he laid the ball back to Lawrence to have a strike from 25 yards which went wide of goal.

And, despite Derby looking in complete control, Luton somehow managed to snatch a late equaliser through Adebayo. 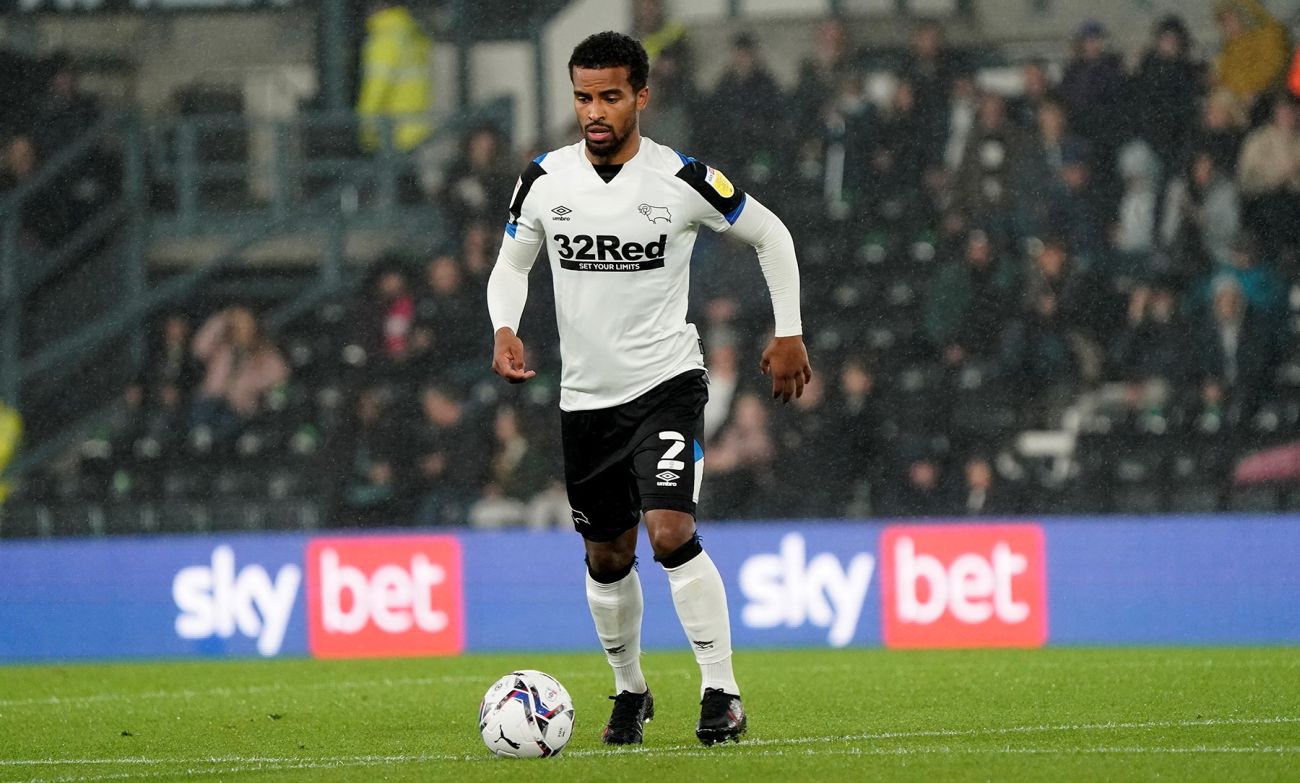 A looping ball into the box found the head of the striker who leaped above goalkeeper Ryan Allsop to score.

Minutes later, Derby almost found themselves behind as an aimless ball forward found Onyedinma but his effort rebounded off the crossbar and to safety.

So, despite some late pressure from the home side, the Rams had to settle for just a point at Pride Park Stadium on a night where they dominated for large periods. 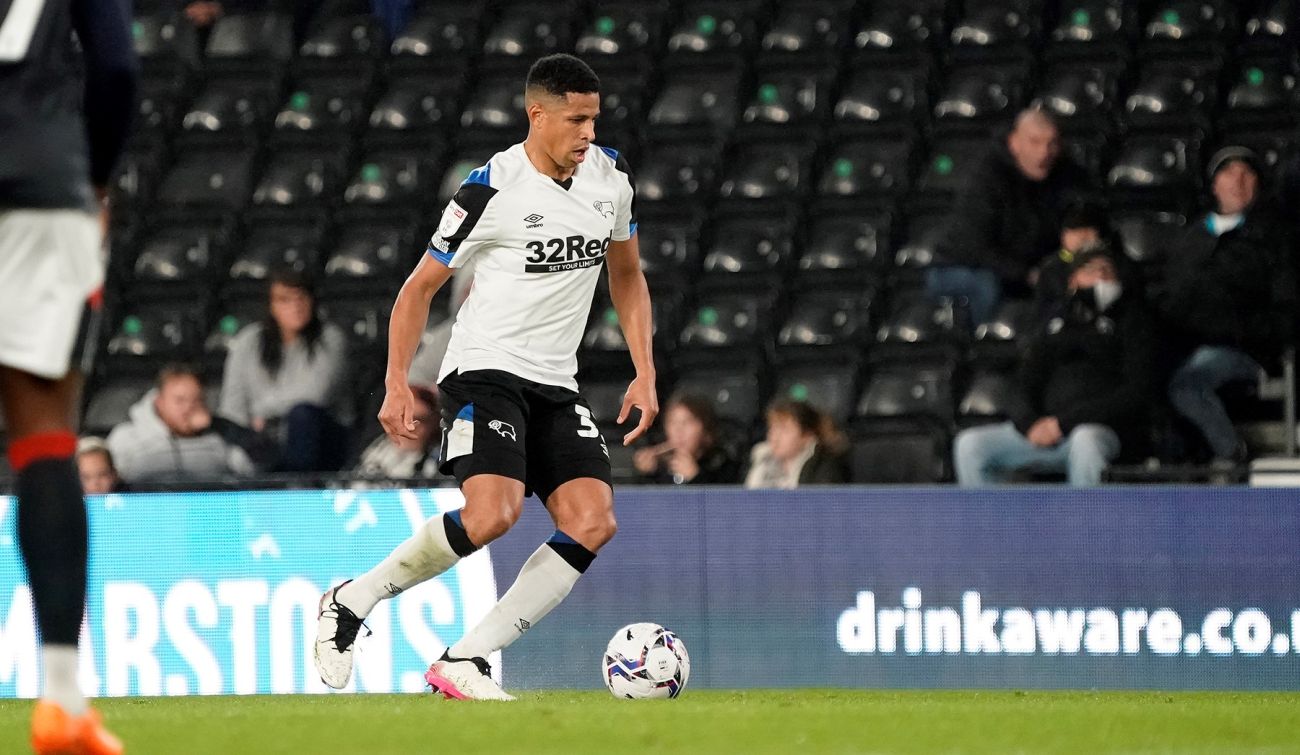