Derby County Under-23s are set to take on Wolverhampton Wanderers in the last 16 of the Premier League Cup on Sunday at Pride Park Stadium, kick-off 1pm.

Darren Wassall’s side finished top of their group ahead of Aston Villa, Plymouth Argyle and Bristol City to move on to the knockout stages. Wolves moved on to the next round after finishing second in their group behind Swansea City.

Both sides are also flying in their respective leagues as the end of the season draws closer. The Rams currently sit third in Premier League 2 Division 1, whilst Wolves currently lead in the league below.

Jayden Mitchell-Lawson will be available for Derby fresh of his first-team debut during the week against Stoke City in midweek, as will 18-year-old midfielder Max Bird who has missed the last two Under-23s fixtures due to his involvement with the first-team.

You can catch all the action at Pride Park Stadium for FREE.

With the weekend free of first-team fixtures for the Rams, Sunday afternoon is the perfect opportunity to catch Darren Wassall’s side in action before the international break.

Admission to the stadium will be at the East Stand Turnstiles. 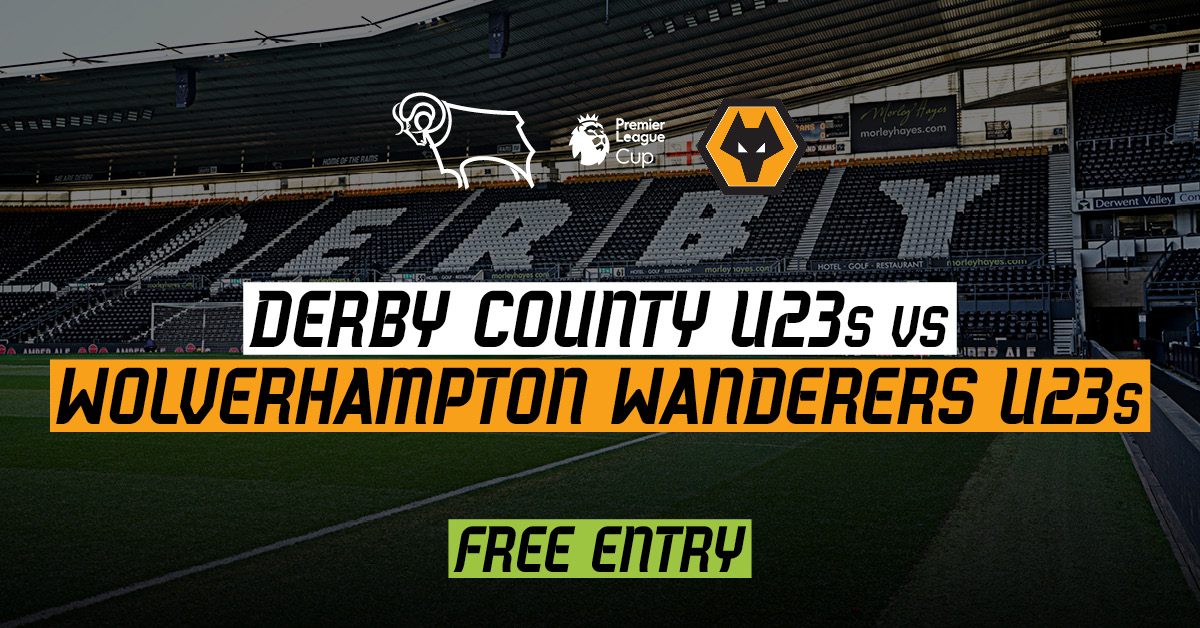 Can’t make it to Pride Park? You can watch Live and for FREE on RamsTV.

Jack Woodward will then be joined by former Derby defender Marc Edworthy as they provide commentary and full kick-by-kick coverage of the Premier League Cup game.

The duo will also be on hand to provide half time and full-time analysis with a look back at the highlights from the match.