It’s set to be a momentous occasion for Club Ambassador Michael Johnson and Guyana as they prepare for their inaugural Gold Cup campaign. 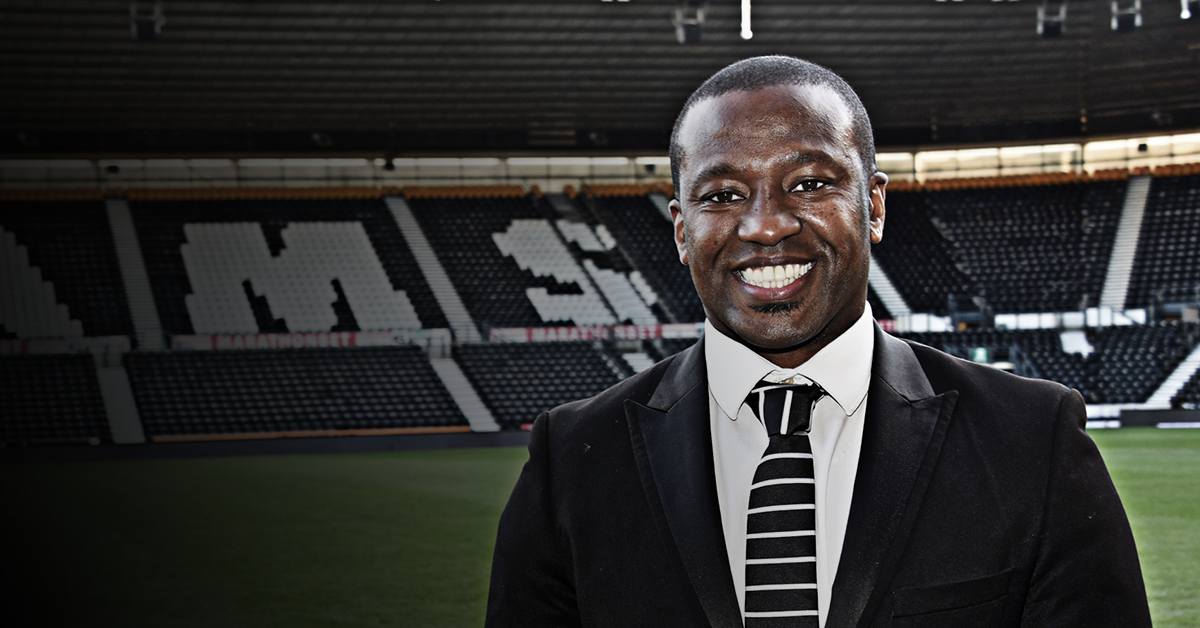 Johnson, who was appointed manager of Guyana last year, has guided the country to their first-ever major tournament, which starts next week.

However, they could not have been given a much more difficult start.

They face six-times winners of the competition, the United States of America, who are on home soil, in their opening fixture.

“It’s sod’s law that we get the USA but you have to flip it on its head,” Johnson told dcfc.co.uk. “What an opportunity it is to spring an upset and what a chance of some of the players to make a name for themselves against some of the bigger names.

“People like Pulisic, £52 million to Chelsea. What a chance for whoever is up against him to go and let everyone start looking at him rather than Pulisic, and that’s the way you have to go into these games.

“You have to flip it on its head because it’s a great opportunity. Nobody is giving us a chance, so we have nothing to lose. We just need to enjoy the occasion and see where we can go with it.”

As well as the United States, Guyana are also in a group with Panama, who qualified for the 2018 World Cup, and Trinidad and Tobago.

It’s set to be a mammoth task to get out of the group.

However, Johnson believes his squad are in a good place heading into the occasion.

“Preparations have gone really well,” he said. “We have been into Bermuda and played a friendly against them and Haiti. We lost both games but it wasn’t a strong team we put out.

“We are aware of a lot of scouts from other teams so we just played different personnel and different formations, but the preparation has been perfect.

“The camps have been good and we have got some good quality work in now. We have just entered the United States and we are preparing for our first game on Tuesday.

“We have a real strong team spirit. We know that a lot of the teams and everyone around the world thinks we are not going to get a point and we would be lucky to get a goal.

“It is like San Marino qualifying for the Euros, but internally we feel strong. We feel like we have a chance of getting out of the group and a chance to spring an upset.

“That’s what we have been installing in the players, that belief in the team and what we are trying to set out as a staff and try and go out and deliver it. We are in a good place, the team spirit is very strong.”

Guyana’s journey has really captured the attention of the whole country, according to Derby’s Club Ambassador.

From news stories to well wishes, the whole of the Guyana is united in their support for their football team, something which has never happened before.

“The messages coming from Guyana have been positive,” he commented. “Flying into the airport, the players thought they were superstars by the response they got.

“Everyone is wishing them well and the players have never really had that in their careers. That is what this competition brings, the opportunity to come out and do something special and adapt to tournament football.

“We have got the Euros and the World Cup, but at this side of the equator. It's up there as the biggest one.”