Derby County’s pre-season schedule ahead of the 2019/20 Sky Bet Championship season has been confirmed. 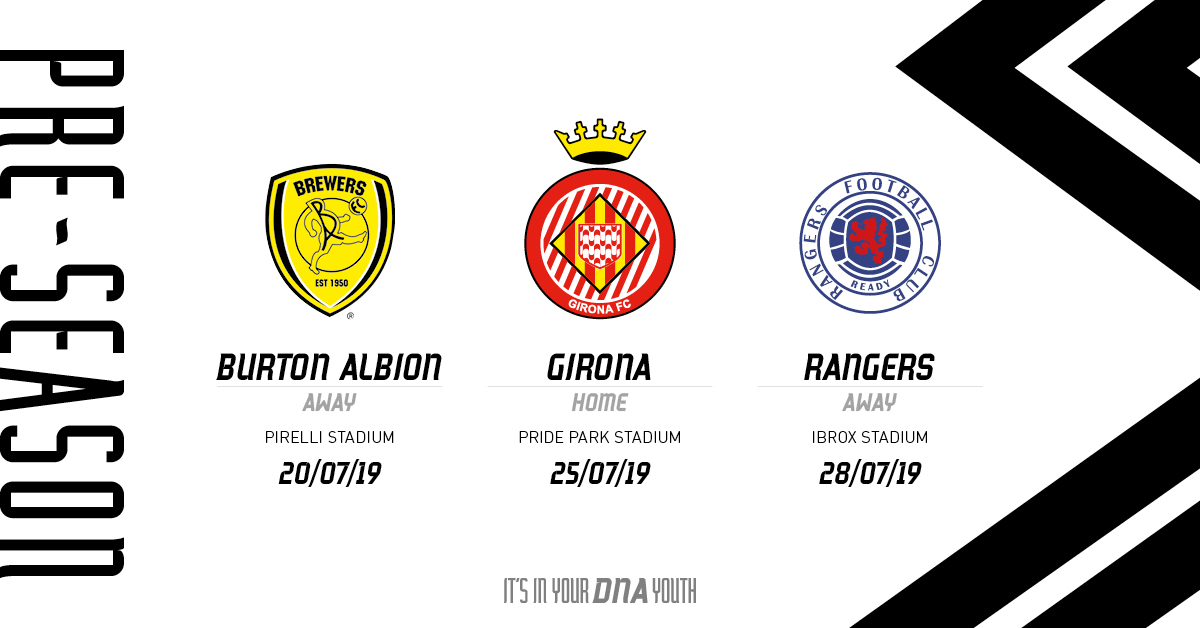 Frank Lampard’s players will report back for pre-season training on Monday 1st July 2019 to begin their preparations for the new campaign.

The squad will then head to the USA later that week and will be based at training camp in Sarasota on Florida’s Gulf Coast.

Derby’s players will be put through their paces across several training sessions over the course of 10 days, during which they will also play two friendly matches.

After returning to the UK, the Rams will head to Sky Bet League 1 side Burton Albion on Saturday 20th July (3pm kick-off) with the sides competing for the Bass Charity Vase at the Pirelli Stadium.

Derby will then take on Spanish Segunda División outfit Girona at Pride Park Stadium on Thursday 25th July (7:45pm kick-off) in their only friendly of the summer on home turf.

The Rams then will round off their pre-season campaign with a trip north of the border to take on Scottish Premiership giants Rangers at Ibrox on Sunday 28th July (3pm kick-off).

Ticket information and match streaming details for Derby’s pre-season fixtures will be confirmed and communicated to supporters in due course.

The 2019/20 Sky Bet Championship season will commence on the weekend of 3rd/4th August 2019, with the fixtures for the new campaign released at 9am on Thursday 20th June.