Derby County kick-start their campaign on Monday night when they take on Huddersfield Town in their Sky Bet Championship season opener, kick-off: 7.45pm.

Phillip Cocu will be looking for all three points in his first competitive game in charge for the Rams when they travel to John Smith's Stadium to take on Jan Siewert’s side. Here, dcfc.co.uk has gathered all the information you will need ahead of the clash.

Speaking ahead of the game, Cocu told RamsTV: “It’s a difficult start, of course. They were relegated last season but there is potential in the team and they have really good players.

“They manage the ball very well but it will be good to see how we do against Huddersfield. They are a quality team and they are the favourites for promotion.

“To play an away game, we can see how the team is doing in these circumstances. How we can manage the ball, how we can still play our own game and it’s something we look forward to.”

HOW TO SECURE YOUR SEATS…

There is still time to secure your seats for tonight’s clash.

Tickets can be bought from Turnstile 20, which opens at 6:30pm.

There is no price increase compared to when tickets were on sale in advance, however, the Under 8s category will not be available if purchasing on arrvial at the stadium.

There will only be cash payments at the turnstile.

Here are the matchday prices:

THE MAN IN THE MIDDLE…

Geoff Eltingham has been named as the referee for tonight’s fixture against the Terriers.

Eltringham will be assisted by Andrew Fox and Matthew McGrath on the lines, whilst David Webb has been appointed the fourth official.

Derby County fans in select countries can watch the opening game of the 2019/20 Sky Bet Championship season at Huddersfield Town LIVE on RamsTV. 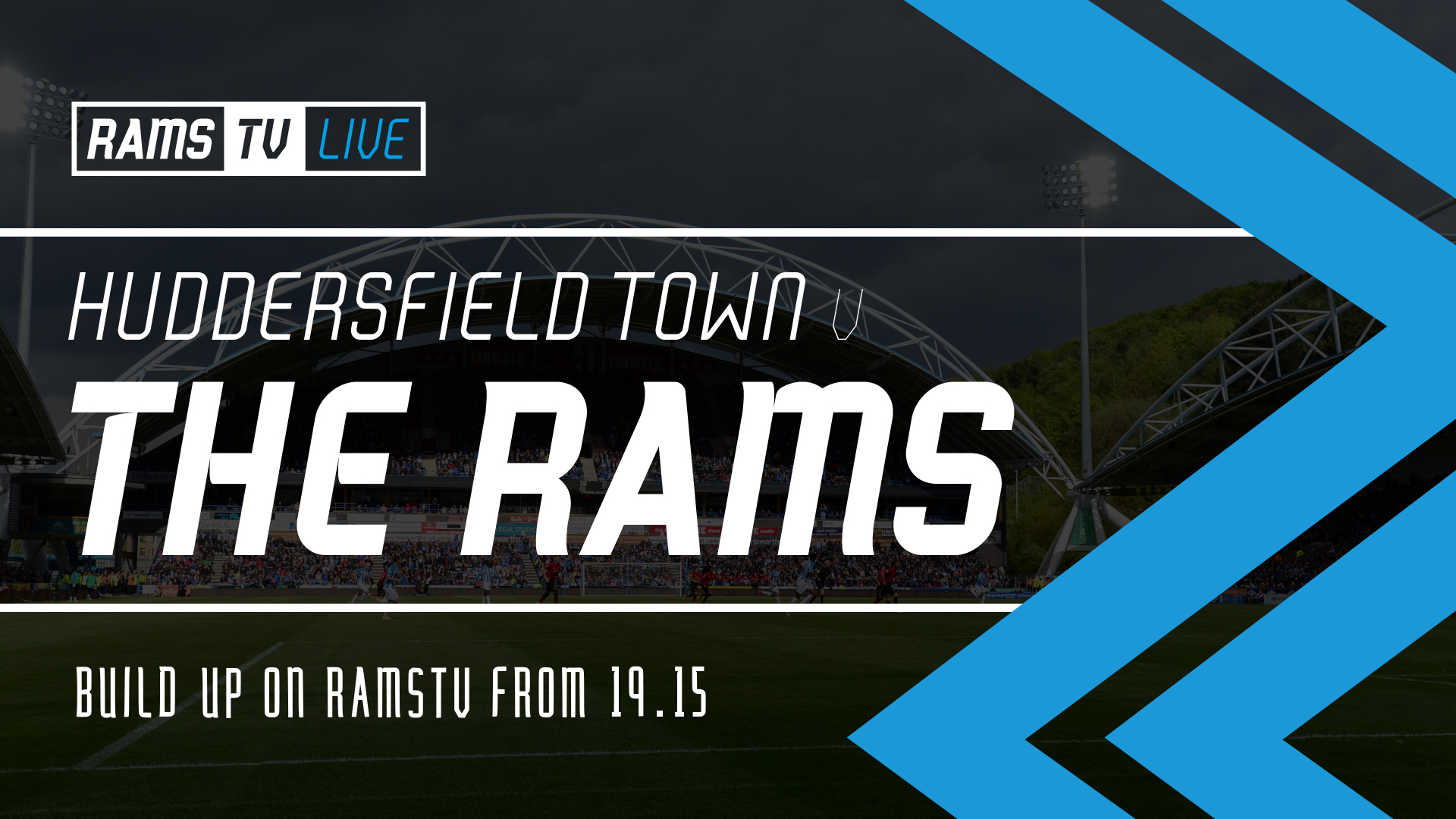 RamsTV’s coverage will begin from 7:15pm with Owen Bradley and former Rams defenders Shane Nicholson and Marc Edworthy building up to kick-off with the help of stats, match clips, analysis and lively discussion.

Owen and Shane will then move into the commentary box to bring fans full coverage of the game against the Terriers.

Fans based in these dark market countries will be able to stream the game as part of their RamsTV subscription or for the one-off pay-per-view price of £5.