Derby County return to action following the second international break with a trip to South London to face Charlton Athletic on Saturday, kick off, 3pm.

Phillip Cocu’s side will be looking to continue the form from before the break where they went unbeaten in the five-game block. Here, dcfc.co.uk has gathered all the information you will need ahead of the clash with Lee Bowyer’s side.

Both Jayden Bogle and Krystian Bielik have been training with the squad ahead of the clash after they were unable to play for their respective nations over the break through injury. Phillip Cocu said that they will be available to the weekend.

George Evans has been sidelined with a thigh injury since September but is nearing a return and is expected to regain fitness in the Under-23s squad in the coming weeks. Jack Marriott is also edging towards a return after taking part in part of the sessions with the team ahead of the trip.

Tom Huddlestone, Richard Keogh, Ikechi Anya will also be unavailable for the clash against the Addicks.

Speaking to RamsTV ahead of the clash, Cocu said: “I think Charlton have made an excellent start. They have had good results and it is a good team.

“They press aggressively, they are fast in transition and a high energy team that doesn’t give you a lot of time to play. It will be a difficult game, but we have to have confidence in our qualities as well and if we can play like we did in the last couple of games I think we can have the confidence to have a good result.”

He added: “Always, our fans travel a long way to support us and it is an extra motivation for us as a team to give everything for the club and the fans who travelled.

“It is quite far, but it is a good feeling when they support us.”

Only 150 tickets remained for the clash on Friday afternoon and pay on the day tickets will be on a first come, first serve basis.

There will be £3 increase on adults, seniors (65+), Under-21s and student tickets. They will be on sale from 1pm at the South Stand Ticket Office and cash payments only.

Stephen Martin will be the man in the middle at The Valley on Saturday afternoon. He has taken charge of one game involving the Rams this season, which came at Pride Park against Bristol City.

Martin will be assisted by Andrew Fox and Ian Cooper on the lines, whilst Adam Crysell has been appointed as the fourth official. 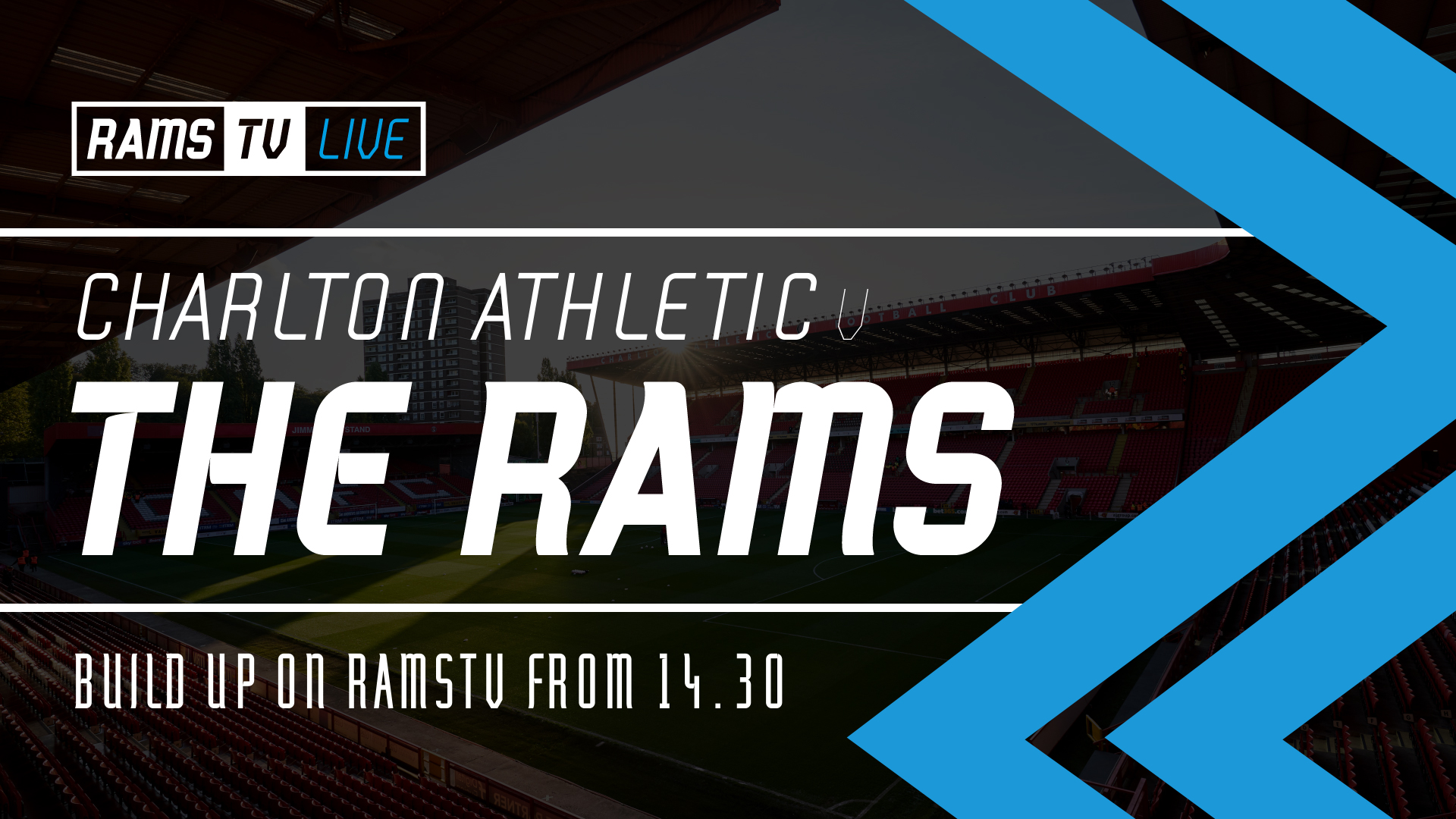 There’ll then be LIVE HD multi-camera coverage, with instant replays and full match commentary from Owen and Shane for all the action.