What better way to kick-off the international break than by watching Derby County's Under-23s take on Wolverhampton Wanderers Under-23s at Pride Park Stadium for FREE! 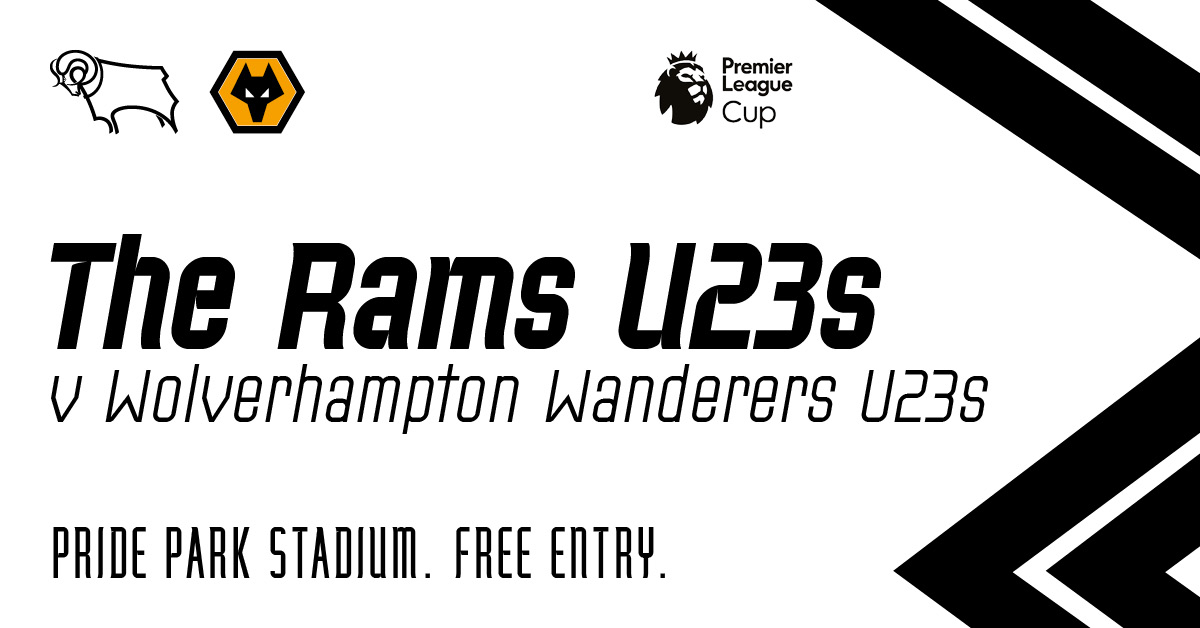 Darren Wassall’s side will look to move to eight games unbeaten when they open their Premier League Cup campaign against Wolves on Monday 7th October at 7pm.

The Rams’ only loss this season so far came in their opening game of the season in a narrow 1-0 defeat at home to Chelsea. Since then, Derby have steadily climbed to second in the Premier League 2 - Division 1 table and made the perfect start to the Premier League International Cup with a 2-0 victory over AS Monaco last week.

The game is free to attend from the East Stand turnstiles.

If you are unable to make it to Pride Park Stadium, you can catch all the action LIVE and for FREE on RamsTV.

Derby will also face Leeds United and Birmingham City in home and away fixtures in the group stage of the Premier League Cup.

Last season, the Rams reached the quarter-finals of the competition where they were knocked out by eventual runners-up, Newcastle United, in extra time.