Derby County are back on the road on Saturday when they make the short trip across the East Midlands to face local rivals Nottingham Forest at the City Ground in the Sky Bet Championship (12:30pm kick-off).

Phillip Cocu’s side will be looking to go into the third international break of the season off the back of a positive result against their local rivals.

dcfc.co.uk has gathered all the information you will need ahead of the meeting with the Reds.

Defender Scott Malone will miss this weekend’s clash at the City Ground due to injury.

The left-back sustained an injury to his knee in the second half of last weekend’s 2-0 home win over Middlesbrough.

Max Lowe is set to replace Malone, who it is hoped will return to action after the international break.

Otherwise, manager Phillip Cocu has confirmed he has no fresh injury concerns going into the match at the City Ground.

Tom Huddlestone (knee) and Ikechi Anya (calf) remain sidelined, while Craig Forsyth is still building up his fitness after almost a year out with a long-term knee injury.

“Winning is always a good feeling but sometimes it feels better when it’s such a big game,” manager Phillip Cocu said when speaking to RamsTV.

“We are not worrying about motivation or having the right attitude because it’s such a big game coming up.

“The mood is positive. I like to play a big game before the international break because I know the players will be focused on the game on Saturday and not almost travelling to their countries to play international games.”

He added: “It will be a tough match, of course. It is normal because it’s a big game. Everything around it; the media attention, the fans and the rivalry gives it all that little edge.

“I’ve noticed it in the players at the start of the week. Normally the build-up is on Thursday and Friday ahead of a game, but this week has been different.”

Derby will be supported by a packed-out away section at the City Ground after they sold out their ticket allocation earlier this week.

Derby were allocated 2,003 tickets for the game and it was confirmed on Tuesday morning that they had all been snapped up.

Darren England will take charge of the game at the City Ground tomorrow.

He has handed out 21 yellow cards in 12 games across all competitions this season and took charge of Derby's 1-1 draw at home to Cardiff City back in September,

England will be assisted by Daniel Robathan and Simon Beck on the lines, whilst Anthony Backhouse has been appointed as the fourth official.

RamsTV is set to stream this weekend’s game LIVE in select countries. 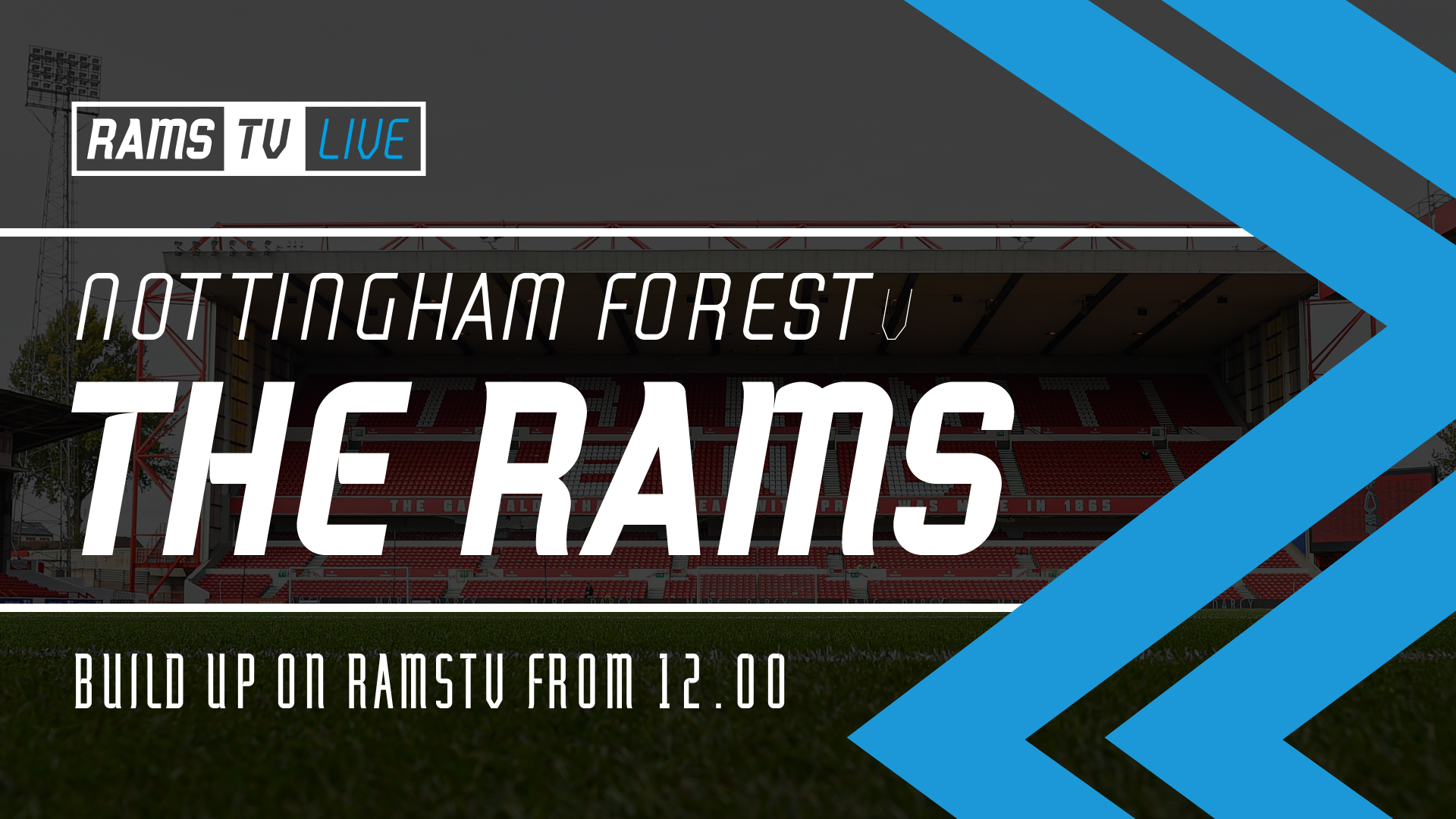 RamsTV’s Matchday Live show will begin from 12pm BST with Owen Bradley joined by former Derby stars Shane Nicholson and Marc Edworthy as they build up to kick-off with the help of stats, analysis, pre-match interviews and lively discussion.

Owen and Shane will then provide expert commentary as RamsTV provides full multi-camera coverage of all the action at the City Ground.

As always, all of RamsTV’s pre-match and post-match content, including Facebook Live shows ‘The Warm Up’ and ‘Added Time’, will be available to watch for FREE across dcfc.co.uk, Official App, YouTube Channel and social media platforms.