Jahmal Hector-Ingram’s impressive form for Derby County’s Under-23s has been rewarded as he has been named the Premier League 2 Player of the Month for October. 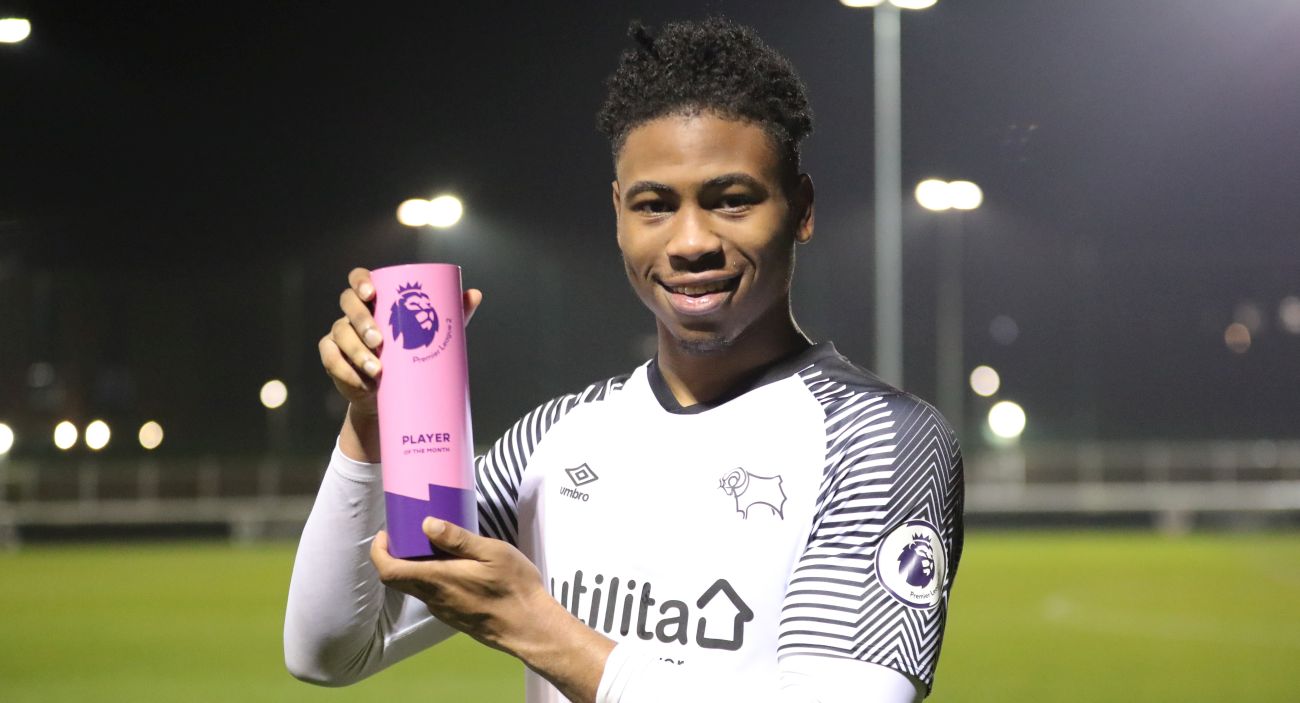 The striker’s form in front of goal has lifted the Rams level on points with Chelsea at the top of the Premier League 2 - Division 1 table so far this season.

After signing ahead of the 2019/20 campaign following an impressive pre-season trial Hector-Ingram has made an instant impact in the Under-23s, scoring seven times and adding two assists.

He stole the show against Everton as he netted a brace in a convincing 4-1 victory and after an unbeaten month in the league, the striker has been recognised for his efforts.