Derby County are back on the road on this weekend when they take on Blackburn Rovers in their latest Sky Bet Championship fixture (3pm kick-off).

Phillip Cocu’s side are in action six times over the course of the final month of the year and the trip to Ewood Park is their first during December.

dcfc.co.uk has gathered all the information you will need ahead of the meeting with Rovers.

Krystian Bielik could return to the Derby County fold after missing last weekend’s 1-1 draw at home to Queens Park Rangers with a hip problem sustained in the pre-match warm-up.

Bielik had been named in the starting line-up for the game but withdrew just before kick-off and was replaced by George Evans in midfield.

Bielik trained with the Rams’ squad on Thursday and his fitness will continue to be monitored closely.

Clarke and Huddlestone are making good progress in their rehabilitation programmes and are currently stepping up their workload.

Speaking to RamsTV about the season so far, Phillip Cocu said: “The moments are very rare that you are satisfied when the season is ongoing because you are always looking for improvements, but for us I think we could have done better.

“There are also reasons why we struggled to be consistent. We are mid-table and you have to accept that this is the position we are in and are at but show the ambition in the team and we will do everything to step up and to find a good streak of results.

“In this league there are a lot of team close together and we can climb the table so that is the main focus in the games until Christmas.

“This is an important game with the two home games coming up after this one, so we will focus on getting a result.

“It will not be easy because they will feel good and play with confidence, but if we stick to the plan and perform well then we are always capable of getting something.”

Tickets for Derby fans are available to buy in advance until 4pm today.

Derby have been allocated 2,017 tickets for this game and tickets are available to purchase in advance from the Derby County Ticket Office.

Ticket prices are as follows:

*Supporters aged 11 and below must be accompanied by someone aged 18 or above.

Derby supporters can purchase tickets on arrival at Ewood Park, but they are subject to a matchday price increase.

Tickets are on sale from 1pm at the Away End Ticket Office, with cash and card payments accepted.

*Supporters aged 11 and below must be accompanied by someone aged 18 or above.

Oliver Langford will take charge of the game at Ewood Park on Saturday.

He has handed out 55 yellow cards and two red cards in 15 games across all competitions this season to date.

Langford oversaw Derbys 1-1 draw away to Leeds United in September as Chris Martin came off the bench to grab a last minute equaliser for Phillip Cocu's side.

Langford will be assisted by Geoffrey Russell and Lee Venamore on the lines, whilst Aaron Jackson has been appointed as the fourth official.

Fans based outside the UK & Ireland can watch Saturday's match LIVE on RamsTV. 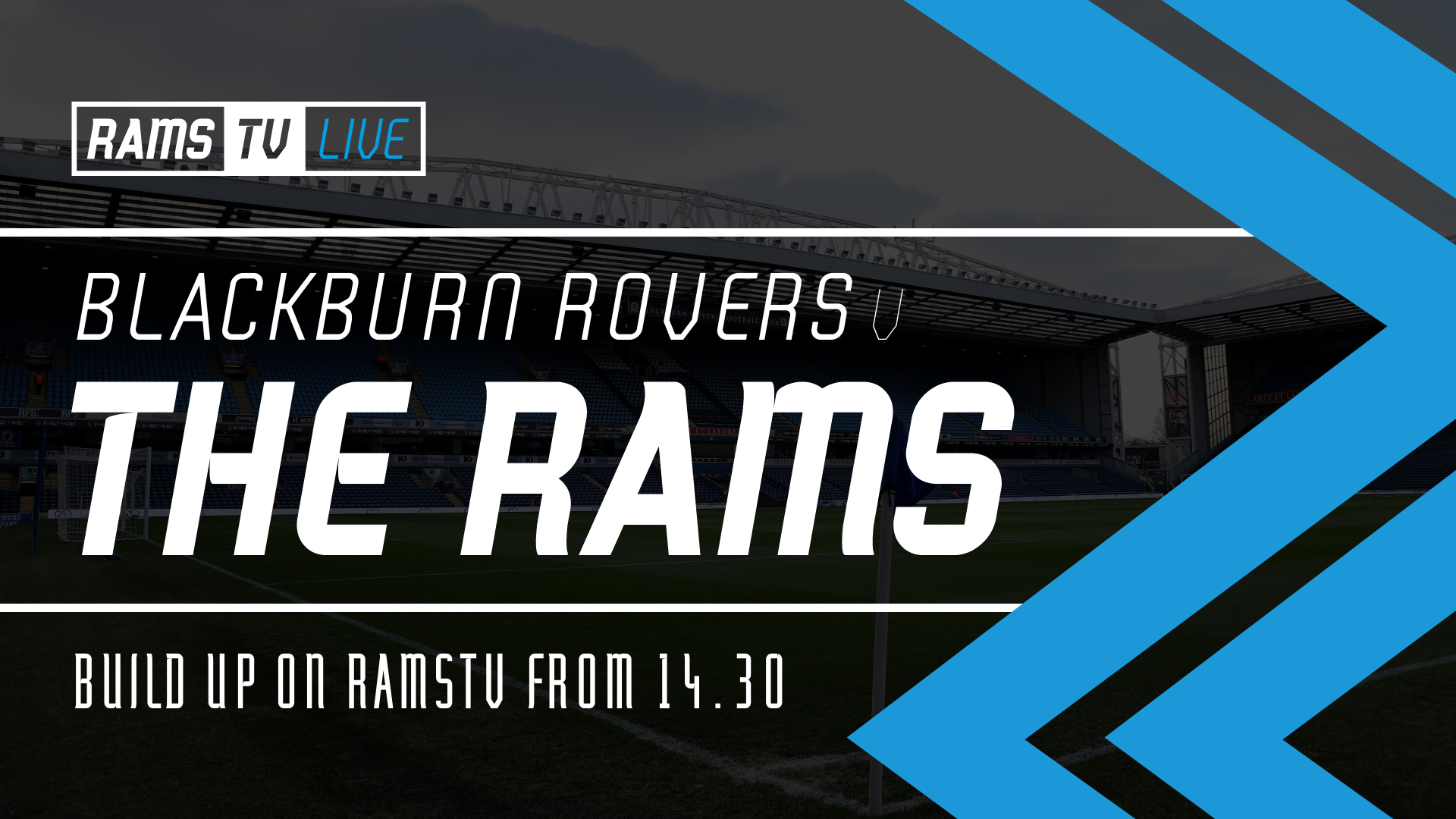 There’ll then be LIVE HD multi-camera coverage, with instant replays and full match commentary from Owen and Shane for all the action from the Sky Bet Championship clash.

Van Der Weerden: “It's Important To See The Difference From When We Came In”

Everything You Need To Know About Derby's Midweek Trip To Luton